When something reliable begins to look shaky, we should take notice. That’s what’s happening for hydroelectric power in much of the West, where severe drought has led to low water levels in the rivers and reservoirs that feed the power systems.

The Energy Information Administration is projecting a 13.9 percent decrease in hydroelectric generation this year compared to 2020, part of a larger picture in which renewable energy—which includes hydropower—is not growing as fast as scientists say is necessary to avoid the worst effects of climate change.

I wanted to know whether the drop in hydropower was a sign of a long-term shift that could be harmful to the transition to clean energy.

Before I get to what I found, here are some specifics:

Hydropower, which is generated by water spinning the blades of a turbine, made up 7.3 percent of the electricity generated in the United States last year, a figure that ranks just behind wind and ahead of solar, among the leading sources of renewable energy. And five states (Washington, Idaho, Vermont, Oregon and South Dakota) generated at least half of their electricity from hydroelectric dams last year.

A drop in hydropower is harmful for the climate because fossil fuel power plants are likely to pick up much of the slack. But hydropower has its own environmental issues. The construction of dams led to flooding and destruction of ecosystems, and there is a debate among environmentalists about the extent to which hydropower should be called “clean energy.”

The EIA’s forecast, part of its Short-Term Energy Outlook, projects that hydro will generate 250,680 gigawatt-hours of electricity in 2021, the fourth-lowest level since 2001. The forecast also includes 2022, and predicts that there will be a small rebound to 267,230 gigawatt-hours next year, the eighth lowest level since 2001. Those numbers are low, but not catastrophically low.

But there is a larger question to ask: Could the drop in hydro generation in 2021 be a sign that this power source is declining and becoming less reliable? The urgency is amplified by the fact that, according to some scientists, the West is in a “megadrought” that could last decades.

To answer the question, I went to some of the experts at Pacific Northwest National Laboratory in Washington.

“Precipitation in the West can vary significantly from year to year, and sometimes the dry years occur in sequence, resulting in continual reservoir drawdown and eventually reduced generation at hydropower plants relying on stored water,” said Sean Turner, a water resources modeler at the lab. “So, the natural climate of the region creates good years and bad years for hydropower generation.”

We are clearly in a bad year. But he can’t say with certainty whether the bad years are likely to become more common because of climate change.

Nathalie Voisin, a water resources engineer at the lab, said climate projections agree that temperatures are rising but are less certain about what will happen to precipitation levels. This is an important point for trying to get an idea of what the future holds for hydroelectric power.

When hydroelectric power plants are producing less electricity, utilities and grid operators need to turn to other sources, which could include power from fossil fuels, nuclear and renewables, Voisin said.

“This leads to higher operating costs to the utilities,” she said.

As for the possibility that the West is in a decades-long drought, Voisin said the current drought is clearly exceptional, but she’s “not sure that we can talk about a megadrought yet.”

The upshot is that there are reasons to worry about the decrease in hydroelectric power this year and the broader effects of drought on crops and living conditions in the West.

But it would be premature, at least for now, to make any broad statements about how hydropower is heading into a multi-year decline and becoming less reliable.

Environmental Advocates Ask Kyrsten Sinema ‘What Side Are You On?’: Congress failed to make progress last week on a massive spending bill that would include new programs to address climate change. One of the main reasons for the inaction was that Democrats need all 50 of their votes in the Senate, and Sens. Kyrsten Sinema (D-Ariz.) and Joe Manchin (D-W.Va.) are reluctant to provide their support. My colleague Judy Fahys reports on the reaction to Sinema’s stance from some of her constituents and from environmental advocates. “If she’s not supporting strong climate policy, then she’s definitely out of step with Arizonans,” said Sandy Bahr, executive director of the Grand Canyon Chapter of the Sierra Club.

Rivian Moves to Go Public and Reveals Financial Losses: Rivian, the maker of electric trucks, has filed to begin selling its shares to the public, a process that involves disclosure of the company’s plans and finances. Rivian has gotten rave reviews for its debut truck, the R1-T, but the company also is piling up financial losses, with the filing showing a net loss of $994 million in the first six months of 2021, as Lora Kolodny and Jordan Novet report for CNBC. People often note Rivian’s similarities to Tesla, but Robinson Meyer of The Atlantic has suggested some other comparisons: “Rivian could become Apple, a wildly profitable firm that merges engineering and upscale design to bring new high technologies and a certain cultural aesthetic into the mainstream,” he writes. “Or it could resemble Patagonia, an upscale brand that represents expedition-level quality, yes, but speaks to a smaller, more cosmopolitan segment of society.”

Tesla Reports Record Sales: While upstart manufacturers aim to challenge Tesla, the king of EVs continues to post strong results. Tesla said last week that it had delivered 241,300 vehicles to customers in the previous quarter, a new record. The results far exceeded the expectations of analysts and came against a backdrop of other automakers struggling to deal with supply chain problems that led to parts shortages, as Dana Hull reports for Bloomberg.

Federal Regulators Allow Largest Grid Region to Largely Abandon Policy that Negated State Subsidies: With a tie vote, the Federal Energy Regulatory Commission has allowed the country’s largest grid region to abandon rules that sought to negate the effects of state subsidies for nuclear and renewable energy. The FERC deadlocked 2-2 last week in a vote on the proposal by the grid operator PJM Interconnection, which serves a territory that runs from New Jersey to Illinois. The tie vote means that PJM can move forward with its plan, which is to allow states leeway to subsidize some kinds of power plants. Under the Trump administration, the FERC had voted to require PJM to change its rules in a way that would cancel out the effects of state subsidies. As I wrote in 2019, the rule changes were good for fossil fuel plants that don’t tend to receive state subsidies. But the new policy barely had a chance to take effect before the Biden administration arrived with a much different approach to managing electricity markets. Ethan Howland of Utility Dive reports on the latest vote and some of what led to it. 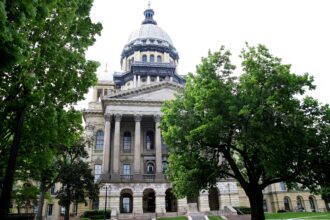