Americans in many states and cities across the country elected leaders on Tuesday who have pledged to address climate change despite—and even rebuking—the recalcitrant Trump administration.

Newly elected governors, mayors and state legislators from the East Coast to the West won on platforms including carbon pricing and clean energy incentives that will bolster ongoing efforts at city, state and regional levels to combat climate change.

These efforts have received newfound urgency in the wake of both President Donald Trump’s decision in June to withdraw from the Paris Climate Agreement and the extraordinary damage from hurricanes and wildfires this fall.

Perhaps of greatest significance is the boost regional carbon pricing efforts are likely to get from Democrats who regained or solidified control in New Jersey, Virginia and Washington state.

New Jersey Gov.-elect Phil Murphy has vowed to “immediately” bring his state back to the Regional Greenhouse Gas Initiative (RGGI), a coalition of 9 eastern states that recently agreed to cut global-warming pollution from the region’s power plants by an additional 30 percent between 2020 and 2030. His predecessor, Republican Gov. Chris Christie, withdrew New Jersey from the coalition in 2011.

In his acceptance speech, Murphy talked about keeping “a keen eye on where the 21st Century economy is headed,” including investing in clean energy and building a sustainable future. With Trump in the White House and “polluters running the EPA … governors have never mattered more,” he said.

Virginia Gov.-elect Ralph Northam also included addressing climate change in his campaign and discussed the coastal flooding risks to areas of his state, like Norfolk.

Northam, who was backed by the Virginia League of Conservation Voters, is currently the lieutenant governor in an administration that recently issued an executive order calling for the creation of a similar carbon cap-and-trade system in the state. Details of the plan, which may include joining RGGI, are being developed. Northam has pledged to uphold the order and will likely get an added boost from large, unexpected gains by Democrats in the state’s House of Delegates, including 13 representatives who pledged not to accept campaign contributions from fossil fuel energy provider and pipeline investor Dominion Energy.

“I can’t understate how big of a pick up that is,” said Mark Kresowik, eastern region deputy director of the Sierra Club’s Beyond Coal campaign, of the changes in the state legislature. “That means quite a bit for climate and clean energy as well as for broader political trends.”

In Washington state, Democrats took control of the state Senate for the first time since 2012, opening the door to advancing Gov. Jay Inslee’s plans to have Washington join California, Oregon and Canadian provinces in a regional cap-and-trade program.

Renewable energy will also get a significant boost from newly elected governors and mayors.

Murphy ran on a campaign to enact an aggressive renewable-energy agenda for the Garden State that would rival California’s renewable energy efforts. The governor-elect has called for a new energy master plan for New Jersey that includes getting 100 percent clean energy by 2050 and setting the most ambitious offshore wind target in the country: 3,500 megawatts of wind generation by 2030, enough to power 1.5 million homes.

Mayoral elections across the country will likely give renewable energy efforts a boost at the local level, as well.

In Seattle, Mayor-elect Jenny Durkan has called out Trump’s “anti-science, climate change-denying and pro-carbon agenda” and vowed leadership on clean energy and climate. Jacob Frey, the likely new mayor of Minneapolis, has called for powering all municipal buildings with 100 percent renewable energy by 2035.

Miami’s newly elected mayor, Francis Suarez, reiterated his promise to fight climate change and sea level rise, saying “Miami should be and must be the most resilient city in the world.” The city’s voters also approved $200 million in bonds for the city to deal with flooding and sea level rise.

The new mayors will join incumbents including Bill De Blasio in New York, Marty Walsh in Boston and Bill Peduto in Pittsburgh who have led their cities in efforts to combat climate change and won reelection by wide margins on Tuesday.

“The realities we are facing now as a result of climate change and the frustrating and frankly inexplicable climate denial under the Trump administration are really driving states and regions and cities, to double down in a way that we have never seen,” Jackson Morris, Natural Resources Defense Council director of Eastern Energy said.

Collectively, efforts by cities and states to develop renewable portfolio standards, cap carbon emissions, pursue energy efficiency, expand renewable energy and develop electric vehicle infrastructure is part of a growing movement to address climate change that is not about to stop, Morris said.

“This isn’t just a New York and California trend,” he said. This “is a trend that is only going one direction and that is up.” 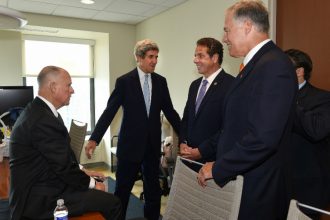 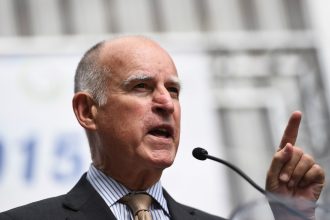 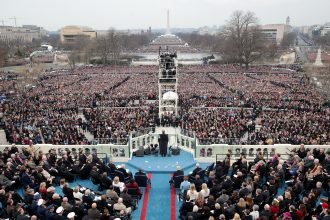