A Philadelphia environmental group has filed an appeal to block a proposed $1.1 billion “advanced” plastics recycling plant in rural Pennsylvania after the administration of Gov. Tom Wolf, a Democrat, exempted the facility from having to obtain a solid waste permit.

The Clean Air Council believes its challenge may be the first after a 2020 law passed by Pennsylvania’s Republican legislature that classified “advanced recycling” as a manufacturing process, as opposed to waste management or waste incineration.

The state’s Department of Environmental Protection used the 2020 law this past summer to determine that the proposal from a Houston-based company, Encina, did not need a waste permit to gather huge volumes of plastic waste and, through a heating and chemical process, turn it into benzene, toluene and xylene. The fuels are used as solvents and feedstocks for the chemical industry, and, according to Encina’s plans, plastic production.

Pennsylvania is among 20 states that have adopted such laws, which seek to boost what the chemical and plastics industries call “advanced,” or “chemical” recycling.

Advanced recycling is a big part of what the chemical industry claims is an answer to a global plastics problem that the United Nations has described as a “triple planetary crisis of climate change, nature loss and pollution.” But many environmental advocates view advanced recycling of plastics as little more than another form of pollution-causing incineration and a way to perpetuate fossil fuels and single-use plastic packaging.

The appeal is also the first formal challenge to the Encina project in Point Township along the Susquehanna River in north-central Pennsylvania. Alex Bomstein, the Clean Air Council’s legal director, said the company’s plans are of such a significant scale that they deserve close scrutiny.

“They are proposing what they are projecting to be a billion-dollar facility,” Bomstein said. “No matter how you slice it, that is a big facility. It’s hard to imagine that much (plastic) processing not having a large environmental impact.”

DEP spokesman Jamar Thrasher said the environmental group’s appeal was under review by DEP staff and would go before the Pennsylvania Environmental Hearing Board, which conducts trial-like proceedings to resolve conflicts over state-issued permits.

An Encina official said the regulators acted appropriately and urged environmental advocates to join the company in supporting the plant.

“We believe in the benefits we are bringing to the community and the path we are paving for the future of our environment,” said Sheida Sahandy, Encina’s chief sustainability officer and counsel. “We hope that with more information, organizations that care about the future of our environment join us to act with the urgency that is needed for innovation and solutions.”

Business as usual, she said, “is not adequately protecting our ecosystem and we are proposing a solution—one that helps reduce waste, allows us to keep using plastics for critical uses, reduces reliance on petroleum and also brings well-paying jobs and tax revenue to the community.”

The battle over the Encina plant comes amid an intensifying national and global fight over plastic pollution. With the United Nations working on a potential treaty to curb plastic pollution, a new report from Greenpeace finds the state of recycling in the United States is worse than ever.

An update of a 2020 report by Greenpeace made public Oct. 24 again finds that only two kinds of plastic are widely accepted by the 375 U.S. material recovery facilities where recyclable materials are collected and sorted: bottles made of PET (Polyethylene Terephthalate) number 1, and containers such as milk jugs made of HDPE (High-Density Polyethylene) number 2.

Still, they are being recycled at low rates, less than 21 percent for PET number one and less than 11 percent for HDPE number two, according to the report.

Overall, less than 6 percent of plastics in the United States are recycled, according to a separate report from the groups Beyond Plastics and The Last Beach Cleanup.

“The sooner we respect the hard scientific facts that plastics are fundamentally not safely recyclable, the sooner the world can make serious progress on reducing unnecessary single-use plastics and harmful plastic production, waste, and pollution,” said Jan Dell, a chemical engineer who has worked as a consultant to the oil and gas industry and now runs The Last Beach Cleanup. Dell worked on both reports.

Chemical recycling of plastics, particularly mixed plastics from municipal and commercial sources, has struggled to take off commercially, even as the chemical industry has worked to tip public policy in its favor in Pennsylvania and across the country.

The American Chemistry Council, a national trade lobby for the chemical industry, counts 20 states including Pennsylvania that have, since 2017, passed legislation aimed at regulating chemical recycling as manufacturing, not waste management or waste incineration.

In 2020, the ACC applauded Gov. Wolf in Pennsylvania  for signing a revamped recycling law, saying it would “help Pennsylvania attract new recycling businesses and support job creation while keeping more plastic out of landfills.”

Inside Climate News reported in September that the 2020 legislation, with its new definition of advanced recycling, made it so the Encina plant would not need a waste management permit and would not need to meet other waste-handling requirements from the state Department of Environmental Protection.

Meanwhile, environmental, health and consumer groups, and the ACC have all been trying to bring Congress around to their respective positions on chemical recycling.

On Sept. 30, the ACC sent all members of Congress an invitation to participate in a tour of an undisclosed advanced recycling facility to showcase “a game-changing technology.” The ACC sent the invitations in response to a Sept. 19 letter that 200 environmental health and consumer groups sent to Congress urging them to not sponsor any industry-backed advanced recycling legislation, said Matthew Kastner, an ACC spokesman.

“For chemical industry lobbyists, the concept of ‘advanced recycling’ is a dream come true,” the groups wrote. “Having an eco-sounding way to make plastic waste vanish from sight helps the industry justify exponential growth in plastics production, which is expected to triple over the next 40 years.”

In a bucolic corner of Pennsylvania, Encina is working to develop its first plant in Point Township, a small community of suburban homes and farms about 60 miles north of the state capital of Harrisburg. The company has said it plans to gather up 450,000 tons of plastic waste annually—something like 150 truckloads a day—from urban centers like Pittsburgh, New York and Philadelphia, according to company and local officials.

Benzene, one of the fuels the plant would create from plastic waste, is a known human carcinogen; toluene affects the central nervous system, and xylene exposure can cause dizziness and confusion, according to the Environmental Protection Agency.

Encina announced in October it had signed an agreement with AmSty, a producer of polystyrene and styrene monomer, to purchase chemical feedstock from the Encina plant, according to Encina’s website. AmSty has committed to a 2030 goal that all its polystyrene products designed for food packaging applications will contain at least 30 percent recycled content, according to an announcement on the AmSty website.

Encina has told state officials it intends to build the plant in two phases—the first opening next year, and the second toward the end of 2024.

In an email, Sahandy said the company’s plan is that any plastics shipped out from its phase one facility would go to other, unspecified plastic recycling facilities until the second phase starts up.

The second phase would include the part of the plant that breaks down plastic through a catalytic pyrolysis process.

Pyrolysis is among the chemical recycling technologies getting the most attention, with industry representatives saying pyrolysis can turn mixtures of plastic waste into new plastic, fuel or chemicals for making everything from detergents to cars to clothing.

The industry claims that pyrolysis heats plastic waste such as grocery bags, cups, lids, containers and films at high temperatures in a vessel, with little or no oxygen and sometimes with a chemical catalyst, to create synthetic gases, a synthetic fuel called pyrolysis oil, and a carbon char waste product.

Since Encina’s first phase is to be operated as a stand-alone facility, both receiving and shipping out waste plastic, independent of future advanced recycling operations at the plant, it should not have been exempted from needing a solid waste permit, Bomstein said.

He said it is possible that the waste permit exemption might apply for the company’s future chemical recycling operations, but that there’s no telling when and if that part of the project will ever be built or operated.

“We have no idea whether phase one will be for one year or 20 years or forever,” he said. “Now is the only time we have to challenge it. The first phase of the project looks very much like what falls into the category of a solid waste processing facility and that type of facility needs to get a permit.”

What’s the Definition of ‘Advanced Recycling?’

In the appeal, the Clean Air Council wrote that DEP “acted unreasonably, abused its discretion, and committed legal error in determining that both phases” would meet the definition of an “Advanced Recycling Facility.”

The company has identified a full range of plastic waste, numbers one through seven, that would come through their facility.

In an Aug. 1 letter to Encina representatives, state officials detailed the kinds of waste that would and would not fall under the advanced recycling definition. Acceptable plastic waste must come from residential, municipal, or commercial sources, and cannot include hazardous waste, electronic waste, waste tires or construction or demolition waste.

State officials warned the company that some of its planned sources of plastic waste could include some prohibited materials and said if they do, they would need to get a solid waste permit.

Bomstein said one of the motivations behind filing the appeal is to prompt the company to reveal more information about its plans.

Many of the plant’s details have been shrouded in claims of confidentiality  surrounding what the company has described as a first-of-its-kind proprietary recycling process.

“Public information is so scant, so lacking,” Bomstein said. “The fact that Encina won’t reveal the details of its chemical process raises a lot of red flags.” 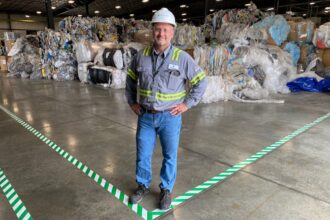 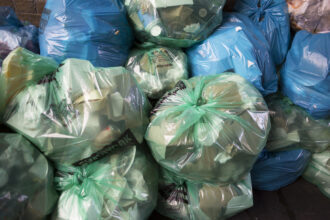 A Houston Firm Says It’s Opening a Billion-Dollar Chemical Recycling Plant in a Small Pennsylvania Town. How Does It Work?