A committee that advises the federal government on how to make offshore oil drilling safer could be disbanded next month, even as the recent grounding of a Shell rig in Alaska is drawing new attention to the dangers of deepwater drilling.

The Ocean Energy Safety Advisory Committee (OESC), an advisory panel to the Department of Interior, was created after the 2010 Deepwater Horizon spill to gather input from a variety of stakeholders about the government’s drilling policies. The 15-member panel—composed of government officials, academics, industry representatives and environmentalists—will meet today and Thursday for what could be its last meeting.

The committee is expected to vote on recommendations that its six subcommittees have been working on for almost two years, including a subcommittee focused on Arctic drilling. The recommendations will then be sent to Interior Secretary Ken Salazar and to Bureau of Safety and Environmental Enforcement director James Watson.

The committee will also discuss whether to ask to keep the panel alive after its two-year charter expires in February, said chairman Tom Hunter, a former president of Sandia National Laboratories. Salazar will make the final decision.

“If you look at what we’ve done and what needs to be done … then I think a committee of this type is valuable,” Hunter said.

Offshore drilling is continuing to expand, with the Obama administration planning to hold more than a dozen offshore lease sales in the Gulf of Mexico and Arctic by 2017. Although the government isn’t obligated to act on OESC’s recommendations, the committee plays an important role in giving the government broader input on crucial issues, said member Tad Patzek.

“We bring perspectives that are not necessarily present at the Interior Department given the staff they have,” said Patzek, chairman of the Petroleum and Geosystems Engineering Department at the University of Texas at Austin.

“We’ve made some hard-hitting recommendations that may or may not be used. Our role is to advise and we have advised, believe me.”

Lois Epstein, Alaska program director for the Wilderness Society and a member of the OESC, said the recent incident in Alaska reinforced the importance of scrutinizing the risks of drilling, especially in the Arctic. The committee’s Arctic subcommittee wasn’t part of the original charter, but members elected to create it after seeing the unique risks posed by icy seas. The subcommittee is chaired by U.S. Geological Service geophysicist Stephen Hickman.

“It took some time to convince everyone that drilling in the Arctic was different than anything else, but we provided a lot of examples and showed them how tough it is,” Epstein said. “The bigger picture is that the Arctic is harsh, it offers you surprises and you need to have the basis to make good decisions.”

The subject took on new importance after the grounding of Shell’s Kulluk drilling rig in late December. The rig became stranded after its tow ship lost power and the rig was eventually grounded on an island off Alaska during heavy storms. This week, the rig was refloated and dragged to safer waters where it is being inspected.

According to news reports, there has been no sign of leakage, averting what could have been a dangerous and costly spill.

Drilling opponents say the accident shows that Arctic lease sales should be suspended, or at least more carefully scrutinized, while the government studies the possible risks.

Congressional Democrats, including House Natural Resources Committee ranking member Ed Markey (Mass.), have asked for more information on the rig disaster and the response. On Tuesday, the Interior Department announced a “high-level,” 60-day investigation of Shell’s entire offshore drilling program off Alaska’s coast, which will include assistance from the U.S. Coast Guard.

Last week, the Natural Resources Defense Council and the Wilderness Society called on the White House to put an immediate hold on permits in the region.

“The risks are too big to get this wrong, especially in one of the most fragile places on the planet,” said NRDC director of national parks and Alaska projects Chuck Clusen on a press call. “As we’ve learned … from the grounding of the Kulluk, the risks of exploration extend up and down the fragile Pacific coastline from Seattle to the top of the world.”

Hunter, the OESC chairman, said the committee hasn’t specifically discussed the Kulluk incident, but it could certainly come up at the meeting this week. The Arctic subcommittee is expected to discuss technology and weather issues particular to that region, and to stress the importance of engaging local residents before and during drilling operations.

The other five subcommittees will also issue lists of recommendations. The spill prevention subcommittee will focus on technology like leak detection systems, while the containment committee will offer recommendations on managing incidents and reducing environmental damage after spills. Another subcommittee will deal with spill response, paying special attention to how to more smoothly involve federal authorities as the industry responds to an incident.

The safety management systems subcommittee has examined existing safety programs, but Hunter said its work has expanded to studying the industry’s safety culture and how public policy can influence industry decisions. The final subcommittee, led by Bureau of Ocean Energy Management, Regulation and Enforcement deputy director Walter Cruickshank, has explored whether the government should set up an institute for drilling technology.

Epstein said the benefit of the committee’s input on these issues is that many of its members are from outside the government and can look at current policy with fresh eyes.

For example, she said, current regulations on drilling technology are relatively sparse and in some cases might not require the best available technology. The committee has discussed recommending that that leases require rig operators to use the newest and best technology.

“When you step back to look at what’s really the issue, you start to see what is relevant and what is not and that tells you more about how the government should regulate these complex systems,” said Patzek, the committee member from the University of Texas.

Of particular importance will be the committee’s vote on whether to recommend that Salazar extend its charter. An Interior Department spokesman did not respond to request for comment on the committee’s future.

Hunter said the committee’s role could be adjusted if it is given an extension. The composition of the committee could be changed, he said, perhaps by including more members from academia or non-governmental organizations (currently seven members come from the government)—or by narrowing its focus to a few specific issues rather than the entire scope of offshore drilling.

Epstein said the Kulluk incident proves that more research and input from advisory committees is not only helpful, but also necessary, as the United States resumes offshore oil exploration.

“There’s a tremendous benefit to the DOI to having all of us give them feedback on an ongoing basis. I think it would cause some problems if they go in a new direction,” Epstein said. 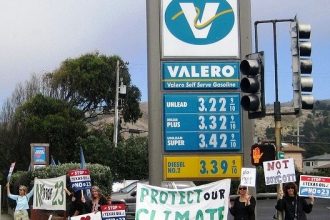 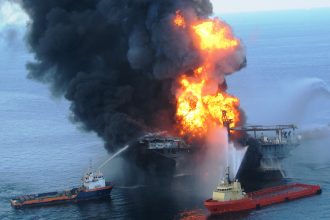 Why BP and Chevron Are Riskier Bets for Oil Investors