Add this to the list of questions surrounding Southern California’s troubled San Onofre nuclear plant: Should the state create an independent committee to watch over its operations and keep the public better informed?

It’s an idea being pondered anew in the California attorney general’s office as criticism mounts over dangerous equipment flaws at the twin-reactor facility. The problems will keep the plant shuttered at least through August—and could eventually force its permanent closure.

Forming an oversight committee would be a bold and controversial move for California on the nuclear front, but not an unprecedented one. The only U.S. nuclear plant already subjected to that kind of independent monitoring is Diablo Canyon on California’s Central Coast. Its review panel grew out of a 1988 settlement that resolved a battle over Diablo Canyon’s costs.

“Over the years, it’s been valuable for the state to have eyes and ears that report to [it] independently,” said Robert Budnitz, a nuclear scientist at Lawrence Berkeley National Laboratory and one of three nuclear experts who make up the committee. “California is the only state that has a committee like this, and it only has it for Diablo Canyon.”

Thanks to that committee, people who live near Diablo Canyon have access to information about employee mistakes and injury rates, plant incidents, the backlog of needed fixes, industry-wide problems, and the condition of steam generators, safety systems and other key equipment at Diablo Canyon.

At San Onofre, in contrast, details about the causes of plant incidents are usually found only in hard-to-decipher regulatory reports. Performance statistics for the plant are closely guarded and typically labeled by plant managers as proprietary or “For Internal Use Only.”

In an effort to boost public scrutiny of San Onofre, the environmental group Friends of the Earth last month asked the Nuclear Regulatory Commission (NRC) to hold license hearings and approve the group’s participation in them. If the NRC consents, Friends of the Earth would get access to certain San Onofre documents for the hearings, and could assert the same rights in future NRC proceedings.

The San Onofre committee that the attorney general’s office is considering isn’t likely to seek standing in NRC proceedings—but it would give the public a permanent communications channel and access to important information.

Budnitz talked about the conversation last month at a public meeting of the Diablo Canyon committee.

“They asked the question, ‘How come there isn’t a committee just like this for San Onofre?'” Budnitz recounted. “They expressed an interest in the possibility that perhaps the state would appoint such a committee, and asked us whether we thought that if that happened that would be a benefit, and I said, ‘You bet it’s a benefit. We think it’s a benefit here.'”

The attorney general’s office declined to comment on the meeting or on any plans it may have for creating a committee. San Onofre operator Southern California Edison did not respond to questions on the subject.

This is not the first time the notion has surfaced. Last year, state Sen. Alex Padilla raised the possibility of forming an independent safety committee for the Southern California plant. And in a 2009 report, the California Energy Commission recommended that state utility regulators determine whether San Onofre would benefit from that kind of oversight. The California Public Utilities Commission never followed up on that recommendation, according to CPUC spokeswoman Terrie Prosper.

Renewed interest in the idea was likely sparked by a string of issues at San Onofre, including steam generator design mistakes. It’s still unclear whether the equipment problems can be fixed, and if so, at what cost.

The NRC and SoCal Edison say they’ve traced the problem to a faulty simulation model that was used to predict the velocity of water and steam moving through the plant’s modified steam generators.

If an independent safety committee had been in place to review San Onofre’s steam generator replacement project, there’s no guarantee it would have spotted the design problems that the NRC and SoCal Edison missed. But at least it would have had a chance to weigh in, Budnitz said.

He doesn’t believe other plants are less safe without a similar committee, but he likens the benefit of the Diablo Canyon committee to that of a doctor who has been asked to provide a second opinion.

Budnitz said the Diablo Canyon safety committee reviewed a steam generator replacement project at that plant “in some gory detail” before he joined the panel. One of its members, Per Peterson, is an expert in thermal hydraulics, the science at the heart of San Onofre’s steam generator problems.

“Let’s suppose our committee had been at [San Onofre] and not at Diablo,” Budnitz said. “Would we have found that? I don’t know. I kind of think so, but you don’t know.”

Replicating the Diablo Canyon committee at San Onofre would not be easy, and the expense would likely fall to utility customers. Some say the expense isn’t warranted. Friends of the Earth, for instance, would rather have San Onofre shut down than see customer money spent on a safety committee, according to nuclear campaigner Kendra Ulrich.

The panel’s effectiveness also would depend on the caliber and philosophy of its members, as well as how much cooperation it gets from San Onofre managers.

Diablo Canyon’s committee is staffed by three respected nuclear experts. Budnitz is a specialist in radioactive waste management who once headed an NRC research division. Peterson is a professor and former Chairman of the Department of Engineering at University of California at Berkeley. The third member, committee chairman Peter Lam, is an expert on nuclear reactor safety and risk assessment and a former administrative judge at the NRC.

The committee is handicapped because while it has a voice, it has no power to force change or punish bad behavior. Nuclear safety regulation and enforcement powers rest exclusively with the NRC. That limits the Diablo Canyon committee (and any proposed San Onofre panel) to issuing recommendations and acting as a translator and conduit for information to and from the NRC and the nuclear plant.

The committee has also been criticized for being too closely tied to industry, and overly friendly toward Pacific Gas & Electric, which owns and operates Diablo Canyon.

“At first we opposed it. They were pretty much complimentary [of PG&E]. Why should we pay $1 million a year for that?” said Rochelle Becker, who was part of a group that tried to block Diablo Canyon from opening and is now executive director of the Alliance for Nuclear Responsibility. More recently, she said, “I’ve seen it actually work, but it took 20 years to do so.”

Truman Burns, a supervisor in the state utility commission’s Division of Ratepayer Advocates, also took part in the 1988 legal settlement that created the Diablo Canyon safety committee. Despite the panel’s limitations, Burns considers it an important resource.

“They turn out these reports and we get a different perspective on what’s going on at Diablo,” Burns said. “They’ve brought up issues and PG&E has always had to address them as something of a backstop to what the NRC is doing.”

Linda Seeley, spokeswoman for San Luis Obispo Mothers for Peace, Diablo Canyon’s most ardent critic, said her group remains wary of the committee’s ties to the nuclear industry. But it has come to appreciate the committee’s benefits, too.

At a committee meeting last year, for example, Seeley said her group learned of a dispute between PG&E and the county emergency services over how best to simulate and track a radioactive release given the region’s complex wind patterns.

“We were super concerned … [we asked] ‘What if you have a release today? How are you guys going to agree on who to notify and what part of the county is in danger and all that?'” Seeley said.

PG&E responded by installing wind and radioactive release monitors in seven locations, up from one, according to Seeley, who described the move as “a positive outcome.”

It helps that Diablo Canyon’s current committee is made up of “heavy hitters” in nuclear science, and that they take their safety oversight role seriously, Seeley said.

The committee’s charter requires its members to serve three-year terms and to have “knowledge, background and experience in the field of nuclear power.” California’s governor, the attorney general and the chairman of the California Energy Commission each appoint one committee member from a list of qualified candidates.

Burns, at the Division of Ratepayer Advocates, noted that PG&E once tried to eliminate the committee, arguing that it was no longer needed. Asked about the committee today, PG&E spokesman Tom Cuddy said, “They provide us with good input … We have a good working, respectful relationship with them and we’re always looking for ways to improve.”

Should the state attorney general’s office push for a similar committee at San Onofre, it would likely have to go through the state Public Utilities Commission, which controls electric rates and how utilities spend those funds.

The committee could be required during a SoCal Edison rate proceeding, or it could be imposed as part of a settlement of a costly or contentious issue, as in Diablo Canyon’s case. Later this year, the CPUC will launch an investigation into the steam generator debacle at San Onofre – just the kind of proceeding that sometimes ends in a settlement. Or, according to Burns, “The attorney general could walk in here any day of the week and make a request.” 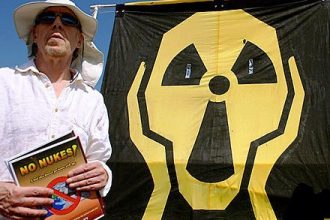 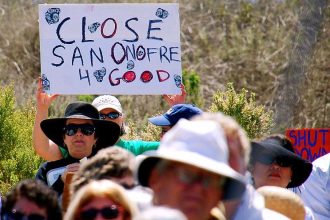 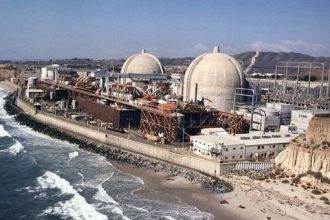