People around the Pacific Northwest piled into emergency cooling centers late last month to escape the region’s life-threatening heat wave. Sebastián Francisco Perez, an undocumented farmworker in Oregon who had arrived from Guatemala just two months ago, did not have that luxury.

No laws required Perez’s employer to provide water, shade or rest breaks—let alone a cooling station—to help workers cope with the punishing heat. On June 26, temperatures approached 105 degrees at the nursery where Perez worked, about 30 miles south of Portland. As the mercury climbed, Perez worked until he collapsed and died. He was 38.

If Congress passed heat standards like those adopted by California in 2005, farmworker advocates say, Perez might still be alive.

And on Tuesday, Gov. Kate Brown directed Oregon Occupational Safety and Health officials to do just that, temporarily expanding requirements for employers to provide shade, rest periods and cool water during heat waves until permanent rules are put in place.

But ensuring the welfare of farmworkers across the country, most of whom are undocumented, will require federal action, advocates say.

Farmworkers have long faced greater risks of contracting the coronavirus, because they live in crowded housing and can’t shelter in place like most people can. And now they’re facing extreme summer temperatures fueled by climate change, said United Farm Workers president Teresa Romero on a call with reporters Thursday to highlight the risks farmworkers face.

“We have attended far too many funerals to console families of too many farmworkers who needlessly die from the heat,” Romero said.

She urged the Congress to pass the Asunción Valdivia Heat Illness and Fatality Prevention Act, which was introduced in both chambers in the spring, named after another farmworker who died of heat stroke in 2004 after toiling without breaks in 105-degree weather.

A 2015 study of occupational injury data found that agricultural workers face 35 times the risk of heat-related death as other workers, and those risks are growing.

Last year, a study in Environmental Research Letters projected that, by mid-century, the average number of days that farmworkers spend laboring in unsafe conditions will double. In the absence of safety measures to mitigate heat exposure, they found, those days will have tripled by the end of the century.

Yet heat standards alone will not ensure the safety of these workers, health experts say.

“Farmworkers are essential to the well being of all of us through the foods they harvest and pick every day,” said Roxana Chicas, an assistant professor at Emory University Nell Hodgson Woodruff School of Nursing. “However, exposure to occupational environmental and social hazards has made them a uniquely vulnerable population.”

A Constellation of Vulnerabilities

The majority of this country’s 2.4 million farmworkers are undocumented and live in fear of deportation and being separated from their families. That leaves workers more vulnerable to occupational hazards, Chicas said, because they’re afraid to speak out about hazardous working conditions.

“At the heart of the plight of farmworkers is the lack of legal immigration status,” said Chicas, who was born in El Salvador, where both of her parents worked in the fields.

Immigration policy has always been a priority for Farmworker Justice, said its president, Bruce Goldstein, “because immigration policy determines so much about the living and working conditions of farmworkers and their family members.”

The tree and ornamental nursery where Perez died had been cited for safety violations as far back as 2007, records obtained from Oregon Occupational Health and Safety show. In 2014, the nursery was cited for failing to provide drinking water for workers in the field.

The only way to ensure that farmworkers have the same rights to fair and safe working conditions as other workers is through immigration reform with a path to citizenship, Goldstein said.

Some opponents of immigration reform say that undocumented farmworkers should not be given legal status, Goldstein said. “But they are all too happy to eat the food that these farmworkers produce.”

When temperatures reached more than 115 degrees in northwestern states last week, farmers told workers they could end their day early, but didn’t require it or encourage workers to stop, said Leticia, an undocumented farmworker and mother of four in Washington, who spoke to reporters on the call through an interpreter and did not share her last name to protect her identity.

The workers ultimately decided it was too hot to continue working. But farmworkers usually endure mistreatment and unsafe working conditions because of deep-seated fears that they’ll be penalized or even deported if they speak up.

Workers knew the lack of shade and access to clean, accessible water during record temperatures put their lives at risk, said Leticia. They also knew if they voiced their concerns or asserted their rights, their hours might be cut and they’d risk losing their jobs, or worse.

“Having a path to citizenship would allow us to come out of the shadows,” Leticia said. “I want people to learn where your food comes from and what it takes to produce the food.”

Living with the threat of deportation, said PCUN executive director Reyna Lopez, “turns the American dream into an American nightmare.”

Farmworkers need strong standards around extreme heat that take into account that this is a vulnerable workforce, she said.

“We still have no action from the federal government around providing a pathway to legalization and citizenship to this important workforce,” Lopez said. “It’s not right and it’s not fair.”

Beyond living with the daily dread of deportation, most farmworkers get paid not by how many hours they work but by how many trays of strawberries or bunches of parsley they pick.

“When they’re not working, they don’t get paid,” said Goldstein. “Many farmworkers are just reluctant to stop working and say to their employer, ‘I need a break,’ because they know they’re not going to get paid.”

So workers race through fields as fast as they can to maximize their pay. Many choose to skip water or bathroom breaks to make sure they make enough to support their families.

“This is why it’s so vital that employers are doing their part and providing training to their employees and encouraging them to take those breaks,” said Leydy Rangel, spokeswoman for the UFW Foundation. “When farmers are laboring piece by piece, they have to push harder and they have to work as much as possible.”

A study of California farmworkers published last month in the Journal of Occupational and Environmental Medicine found that working fast was a clear risk factor for heat stress.

“There were two major factors that rose above the rest in our analysis of risk,” said senior author Marc Schenker, a physician and founding director of the Western Center for Agricultural Health and Safety at the University of California, Davis. “One was ambient temperature. And the second was metabolic workload,” he said, referring to body heat generated during physical exertion.

“When you’re doing physical work, you’re generating heat internally,” Schenker explained. “If you have somebody who’s doing heavy work in the heat, not only do you have the impact of the ambient temperature, but you have the metabolic heat generated by muscle contraction and the body.”

Many young agricultural workers in Central America and Asia suffer from chronic kidney disease, but do not have traditional risk factors like diabetes or heart disease. Researchers don’t know what’s causing the disease, known as chronic kidney disease of unknown origin, or CDKu, but think heat may be a primary factor.

“We do believe that it is related to climate change, and these heat waves,” she said. “I think eventually we’re going to start seeing CKDu here in the United States as well, because it’s getting so hot.”

Once a worker has been laboring more than two hours outside, they need breaks and water to decrease their core body temperature, Chicas said. “They’re basically working out in the field with a fever, except they have no infection.”

Vital organs start to shut down, as core body temperature rises to higher than six and a half degrees above normal, resulting in death.

“One of the cruel tragedies of heat stress in farmworkers is that it doesn’t follow the typical age pattern where the older age, the greater the risk,” he said, “because older people tend not to be doing farm work.”

Many people ignore early symptoms of heat stress like weakness or fatigue until it’s too late, Schenker said. “In one of our studies we found that 40 percent of people had symptoms of heatstroke and they worked through it, which is incredibly dangerous.”

He recalled a pregnant teenager named Maria Isabel Vasquez Jimenez, who didn’t get the attention she needed while there was still time. Jimenez collapsed from heat exhaustion near Lodi, California, after picking grapes for nine hours without access to shade or water in 2008, three years after the state passed the nation’s first heat stress regulations.

“The regulation has been revised twice, and it’s still imperfect,” Schenker said. “But it’s better than nothing at all, and I completely agree with the effort for a national heat stress standard.”

Schenker pointed to charts showing that at certain temperatures and ambient conditions, workdays should be reduced by half. Under some conditions, he said, people shouldn’t work at all. “But it’s this continuous battle between worker safety and productivity and profit.”

Heat stress fatalities and injuries in agriculture have been increasing, for multiple reasons, including piece rate work, Schenker said.

“And it doesn’t take a rocket scientist to figure out that the climate is changing, and that’s one of the risk factors,” he added.

But an even bigger risk factor, advocates say, is the broken immigration system, which subjects farmworkers to increasingly dangerous working conditions for poverty wages that haven’t been raised in 30 years.

Letitia, the undocumented Washington farmworker, said she fears for her safety and worries about not making it home to her husband and children.

“The lack of legal status can be crippling,” Letitia said. “But I have faith that Congress will do the right thing.” 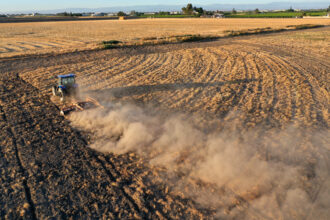 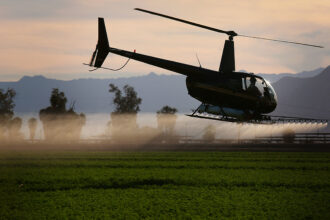 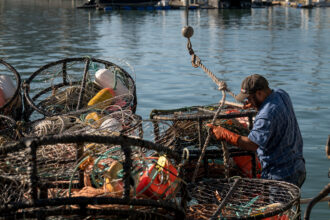