Markets in water rights are likely to evolve as a rising population leads to shortages and climate change causes drought and famine.

But they will be based on regional and ethical trading practices and will differ from the bulk of commodity trade.

Detractors argue that trading water is unethical or even a breach of human rights, but already water rights are bought and sold in arid areas of the globe from Oman to Australia.

“We at Blackhawk strongly believe that water is in fact turning into the new gold for this decade and beyond,” said Ziad Abdelnour, president and chief executive of U.S.-based private equity firm Blackhawk Partners.

“No wonder smart money is aggressively moving in this direction.”

For now, however, he cited buying shares in water treatment companies or utilities, rather than water trade per se.

Some of the big investment banks dominant in commodities are among those who have voiced skepticism water could ever attract direct trade.

A senior executive at one bank said exposure through agricultural commodities, whose price is heavily dependent on water availability, was his preference.

One reason water markets may never be attractive to big banks and financial players is that they are driven by water-stressed regions. Given the difficulty of transporting water long distances or of establishing a single trade delivery point, as used on other commodity markets, water dealing may never become global.

That’s good news for those worried that turning water into a tradable commodity could attract speculation.

Buying shares in utilities or positions on the grains market has not solved the lack of investment and huge amounts of wasted water, which have played a role in crop failures and rises in grain prices.

Among the most prominent executives to advocate water trade — albeit according to clearly defined parameters distinct from exchange-based global commodity dealing — is Peter Brabeck, chairman of Nestle.

He and others at the Swiss headquarters of the world’s biggest food group, whose profitability relies in large part on managing commodity prices, cite research showing 30 percent of global cereal crop production will be at risk by 2025-2030 unless current trends can be halted.

But he does not expect water trade to provide a solution in time for any 2025-2030 crisis. Australia’s water markets, for instance, have taken over a decade to become established by farmers and regional governments.

For the nearer future, Nestle has embraced the concept of a cost curve that assesses demand and supply from the same river basin or other water source to help farmers and other users share out supply in the most efficient way.

Also based in Switzerland and working away on the problem is Valerie Issumo, a commodities trader for 15 years, who says she is progressively winning backers for her plan for an ethical water exchange.

“Producing food with desalinated water or increasing use of fertilizers because of water scarcity or pollution due to lack of sanitation increases the price of the food,” she said.

Her “ethical water titles” would, as futures contracts, transfer ownership of wastewater — ensuring a commitment to process it to a useable quality—to big water users such as mines and farmers, who would buy treated wastewater or water treatment.

Just as Issumo emphasizes the ethical and environmental benefits of recycling and ensuring proper treatment of wastewater, Fredrick Royan, a research director specializing in water at London-based consultancy Frost & Sullivan, flagged up the “reuse resell” model.

“There is a strong case [for treated wastewater trading] because you get into ensuring a higher standard of treatment, reducing pollution and creating a market mechanism where there is a financial incentive for sellers or treatment facilities to install technologies,” he said.

“Instead of [the market] being a straight line going from supply to demand, it will have more of a circular element where water is supplied, used, treated, reused again or put back into the supply stream. It becomes a much more efficient process.”

Royan did not anticipate water becoming “so commoditized” it would have lots of speculators, but any trade would require a high level of oversight to the avoid problems that have beset other new markets, notably carbon.

Royan noted the world’s biggest emerging market China was well ahead as it focuses on the need to provide for its enormous population.

As an early adopter of technology for treating wastewater, which paves the way for trading treated wastewater to power plants, it could be at the vanguard of the next generation of water trade, he said. 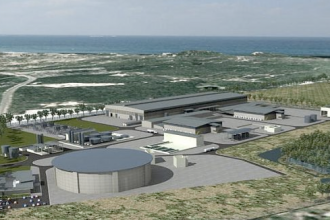 On Desalination, Australia Has No Choice 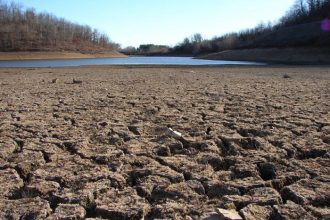 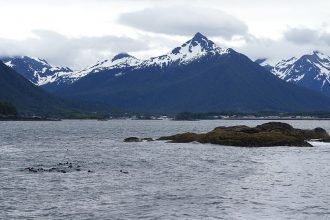