Updated Aug. 9 with the judge siding with prosecutors on Exxon’s attempt to seek documents from witnesses.

Prosecutors in New York are accusing ExxonMobil of trying to discourage potential witnesses from testifying about whether the oil giant misled investors over the costs it may face from future climate regulations. They asked a judge to block Exxon from making what they describe as “unreasonable” and extensive requests for documents from the witnesses.

On Thursday, Justice Barry Ostrager of the New York Supreme Court sided with the prosecutors, saying that Exxon “can’t go on a gigantic, burdensome fishing expedition to exhume hundreds or thousands of documents that have no relevance to the issues in this case.”

Court filings show that Exxon sent letters to a group of investment advisers and shareholder activists who prosecutors want to put on the stand, informing them they will be subject to subpoenas from the company seeking documents relevant to the case if they choose to testify.

Because of their roles investing in and engaging with Exxon over climate change, these witnesses’ testimony could prove critical to the state’s case.

With opening statements scheduled to begin Oct. 23, a lawyer in New York Attorney General Letitia James’s office wrote that the request would “impose disproportionate burdens on these witnesses in a transparent attempt to discourage them from testifying voluntarily, and threatening to upend the trial schedule.”

While prosecutors had agreed to allow Exxon to interview the witnesses before the trial, the company went further by sending at least one witness what the attorney general described as an expansive request for documents and communications, including “all documents concerning your oil and gas holdings” and more. Exxon wrote on July 30 that it planned to send documents requests to seven witnesses.

James issued a statement after Ostrager’s ruling on Thursday saying, “We appreciate the court’s very reasonable decision to deny Exxon’s over burdensome fishing expedition, and look forward to making our case in court this fall.”

Aaron Caplan, a law professor at Loyola Law School in Los Angeles and expert in legal ethics, said the letter from Exxon included in the court filing was unusually aggressive and tested ethical bounds, though he said Exxon could argue that it is simply being thorough in its defense.

“It tiptoes right up to the line of impropriety,” he said. “And whether it crosses that line is up to interpretation.”

Prosecutors argued that the requests would set off lengthy negotiations between the parties and onerous demands for document searches on the witnesses and their employers, with less than three months before a scheduled trial.

Exxon did not reply to requests for comment. But a lawyer representing the company wrote in a filing that the request for documents and communications “goes hand-in-hand” with pre-trial interviews of the witnesses, a step prosecutors had agreed to.

Why New York Is Suing

New York prosecutors filed the case against Exxon last year, accusing it of defrauding investors by downplaying the costs it could face as governments try to cut greenhouse gas emissions.

At the heart of the case is the revelation that the company essentially kept two sets of books for how it estimated these costs, one that it shared with the public, and another that it used internally when assessing its investments.

The result, prosecutors allege, was that Exxon led investors to believe that it was being far more conservative about these future costs than it really was, thereby exposing the investors to greater risks.

The company has said the two figures were used for separate, legitimate purposes, and that it never misled anyone.

Exxon’s Letters to the Witnesses

The latest tussle in court was prompted by a set of letters that Exxon sent to witnesses in early July, saying that if they decided to testify, Exxon would use a subpoena to seek documents from them.

The letter from Exxon that was included in the court filings says that the witnesses cannot be compelled to testify, but “nonetheless may be willing to testify.” It says “please let us know” if you choose not to testify, and adds that if the witness does testify, “ExxonMobil is entitled to discovery concerning her relevant knowledge.”

At least one witness, Danielle Fugere, president of As You Sow, an advocacy group dedicated to increasing corporate sustainability through shareholder engagement, received the specific document request. It asked for any documents related to the witness’s investments in ExxonMobil or other oil and gas companies, as well as documents related to the investment criteria for these holdings.

It’s unclear how many witnesses have received the specific document request. Other witnesses either declined to answer specific questions about the requests or did not reply to inquiries.

Fugere said she expects to testify if she’s called as a witness, though she declined to talk about her potential testimony or Exxon’s demands for documents.

Caplan said the wording of Exxon’s letter to the witnesses would have been less questionable had Exxon simply issued subpoenas without the suggestion that the matter would disappear if witnesses chose not to testify.

“You can see where it could be interpreted as Exxon using a carrot and stick approach,” Caplan said. “If you’re not going to be a witness, we don’t need anything from you.”

Annika Martin, a New York attorney who has squared off with BP over the Deepwater Horizon oil spill but is not associated with the Exxon case, said Exxon’s letter appeared to be “aggressive and carefully calculated not to step over the line.”

“It’s pretty unorthodox to send a letter like that,” she said. “I can’t pin it on any rule it violates, but it is pretty clear what the intention is.” 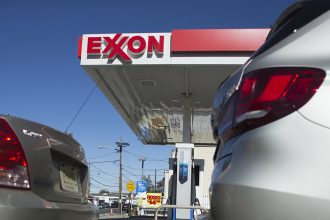 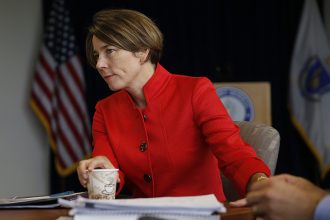