At the U.S. Department of Energy‘s Washington, D.C. headquarters, the fourth floor feels like any other nondescript outpost of the federal bureaucracy. But the no-frills landscape of desks and cubicles belies the immensity of the job at hand.

You may think you’ve never heard of the LPO—after all, its $34.4 billion loan portfolio for renewable energy, nuclear and fuel-efficient technologies pales in comparison to, say, annual federal student loans (roughly $1 trillion) or even the $68 billion Congress used to rescue just one troubled insurance company, AIG.

But chances are that you know of the program because of one very large and very notorious loan.

In 2009, the LPO gave an infamous $535 million loan guarantee to a California solar module maker called Solyndra, which went bankrupt two years later. Many Republicans in Congress who had never embraced innovative energy programs to begin with seized on the Solyndra debacle and made the name synonymous in conservative circles with an “out-of-control” Obama administration.

Peter Davidson, the program’s first permanent leader in 18 months, wasted little time in re-energizing the office by announcing a plan to move $8 billion of the program’s remaining loan money into technologies that reduce emissions from extracting and burning fossil fuels. In a recent profile by InsideClimate News, Davidson said that his mission as the program’s new leader is to let energy companies and policymakers know that the loan office is “back open for business.” (The LPO is one of several DOE sub-agencies that has shuttered its doors during the government shutdown.)

He’s not surprised that most Americans are unfamiliar with the loan program—even he didn’t know much about it until early last year. “If you’re not inside the world of getting large-scale energy projects financed, you aren’t as aware of this program as you should be,” he said.

Fans of the LPO applaud Davidson’s attempt to relaunch the program, but they recognize the steep uphill battle he faces politically. Today, “there is no political willingness to take on risk,” says Richard Caperton, the managing director of energy at the Center for American Progress, a liberal policy group. “We think that anything that goes bad is a total disaster.”

Congress sought to lower the risk for private banks by issuing federal loan guarantees to companies. That way, if a company defaults on its bank loan, the government will cover the losses.

“We are the only ones filling that [financing] hole” for new U.S. energy technologies, Davidson said. On top of that, the loan office charges significantly lower interest rates than private banks.

Under the energy loan program, Davidson says, projects must meet three basic requirements to be considered eligible. First, technologies must be innovative, meaning that they aren’t already deployed on a large scale in the United States. Second, projects must lead to a significant reduction in greenhouse gas emissions. And third, developers must have a reasonable prospect of paying back their loans.

At each step of the way, a slew of engineers, scientists, lawyers and financial experts are there to scrutinize prospective projects. Before Davidson took the helm, the application process was painstakingly slow. Companies had to print out voluminous applications and turn in the stack of paper by hand. If an applicant forgot to check a box, the whole process was repeated. Now, forms are filed electronically and errors are fixed in real time. “Our initial response time,” says Davidson, “has dropped down from months to a matter of weeks.”

Once applications are accepted, the files move to a handful of groups, including a technology team that determines whether projects are innovative and can reduce carbon emissions. An independent group of risk officers assesses companies’ ability to repay their debt. Applications that pass the internal review process then go to an external credit review board, which makes recommendations to Energy Secretary Ernest Moniz, who ultimately signs off on the projects.

Throughout the process, companies must pay hefty fees. The DOE expects to collect $48 million from loan guarantee winners in the next fiscal year, enough to offset the loan guarantee program’s entire 2014 budget, according to the department’s current budget proposal.

The Loans, by the Numbers

The largest chunk of LPO money—some $34 billion in loan guarantees—can still be doled out under what is called Section 1703. Controversially, about two-thirds of this sizable amount has been earmarked by Congress for nuclear power projects, and a small amount is for renewable energy and energy efficiency technologies. Another $8 billion is for advanced fossil fuel projects—for which the loan office will start taking applications sometime this fall.

Policymakers authorized another loan program, Advanced Technology Vehicles Manufacturing, to award as much as $25 billion in total direct loans for the production of fuel-efficient vehicles. The Obama administration was the first to issue any ATVM loans. Five companies received a total of $8.4 billion. Most of the money went to help Ford Motor upgrade facilities in six states to produce fuel-efficient gas cars or electric vehicles.

The LPO’s third loan program, Section 1705, was created by Obama as part of the 2009 economic stimulus, but will be remembered by critics for only one thing—the Solyndra loan. The two-year program supported renewable energy technologies, electric transmission systems and advanced biofuels, all projects that were struggling to attract investors and lenders because of the financial crisis. The 1705 initiative kicked the entire Loan Programs Office into high gear. Jonathan Silver, a former venture capitalist, came on board as executive director in November 2009, growing the staff of three-dozen to its current size of about 180.

The Energy Department awarded $16 billion in Section 1705 loan guarantees to 26 projects before the 2011 deadline. More than half of those include massive power generation projects, including solar plants in the Western U.S. and wind farms in Maine, New Hampshire and Oregon.

Davidson’s first task as executive director is to dole out the $8 billion in fossil loan guarantees.

Unsurprisingly, many environmental groups oppose investing that money in carbon capture technology, which the loan office is likely to do. “It promotes this false hope that we can keep relying on coal,” says Kyle Ash, a senior legislative representative at Greenpeace. “Given the option between spending money on [carbon capture] and not spending it at all, it’d be better to just not spend it.”

The LPO’s commitment to issuing mammoth loan guarantees to nuclear power is even more problematic.

A French firm, Areva SA, is set to get a $2 billion loan guarantee for its proposed uranium enrichment plant in Idaho. Georgia Power is slated to receive an $8.3 billion guarantee to build two “next generation” reactors at its Vogtle plant. The reactors will feature advanced safety components, including faster shutdown during emergencies, and require fewer parts to build. Still, the Georgia project is facing long delays, significant cost overruns and a battered credit rating. The deadline to finalize the loan guarantee passed on Sept. 30, but the Energy Department extended it—for the fifth time—to Dec. 31.

Proponents of nuclear power tout it as a climate savior, since nuclear plants don’t emit greenhouse gas emissions. But the industry is facing a grim economic future due to stiff competition from cheap natural gas and the soaring costs of building plants and maintaining old ones, according to an InsideClimate News report.

Many clean energy advocates say that Congress set aside too much money for nuclear power, and that it should’ve dedicated more of those funds to younger industries.

“Other technologies that didn’t have 40 years of government subsidies behind them should’ve been at the front of that line,” says David Lochbaum, director of the nuclear safety project of the Union of Concerned Scientists. “We lost that battle on Capitol Hill. Nuclear power had a well-established lobby.“

Even with Solyndra, Attacks Prove Hollow

Although the LPO was created with bipartisan support under a GOP president, the Solyndra affair has guaranteed that it will remain a political chew toy for climate change skeptics and Tea Party allies among Republicans in Congress. Americans for Prosperity, a Tea Party group financed by the billionaire Koch brothers and other oil industry interests, spent at least $8.4 million on television ads attacking Obama for backing Solyndra. The months before last November’s elections, the GOP-controlled House passed the No More Solyndras Act to phase out the DOE loan program entirely. (The bill never made it to the Senate.)

“Burning money is one source of energy that the country doesn’t need,” Rep. Fred Upton (R-Mich.), one of the bill’s authors and head of the House energy committee, said at the time.He blasted the Obama administration for “squandering” tax dollars on “risky, exotic energy projects” and for failing to accept blame for the Solyndra debacle. He didn’t mention that, only a few years earlier, Upton himself had lobbied the Energy Department to lend money to at least four energy projects in Michigan through the loan program.

Some criticisms of the federal loan office are with merit. An independent audit conducted by the White House in 2012 found the program needs more rigorous financial oversight and tighter performance standards for companies to reduce the chance of future defaults.

But the political attacks that paint the program as a colossal risk to American taxpayers have largely been proven hollow. The loan program is expected to perform well in the future and holds less risk than Congress envisioned it would back in 2005, according to the audit.

The loan program could lose as much as $3 billion over time—less than one-third the amount of money that Congress initially set aside to cover potential losses from failed projects. A Bloomberg Government analysis of the Section 1705 program found that 18 out of the initiative’s 26 projects have a low risk of default. That’s because those projects are for solar, wind and geothermal energy generation. To land a loan guarantee, the developers first had to line up buyers for their plants’ power output, ensuring the projects have a guaranteed cash flow.

Since its creation, the loan office has lost $800 million in taxpayer dollars—just two percent of the total $34.4 billion portfolio, and well within the bad loan margin of just about any private bank.

Despite the good news for the LPO, Davidson recognizes that his program is still likely to meet intense scrutiny from its critics in Congress for the foreseeable future.

“We live in a very political time,” he understates. “We’re very aware that the program has been criticized. Basically every policy in the Obama administration has been criticized by somebody… But our program [loans] go through an extremely rigorous process that’s executed by career civil servants who have been in the department for a long time. We’ve had many congressional investigations where people tried to look at the political process of the loans, and they were never able to find anything.”

Correction: An earlier version of this article misspelled the name of David Lochbaum of the Union of Concerned Scientists. 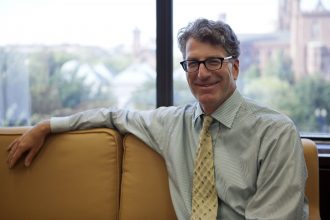