The Terrible Link Between Conflict and Environmental Assault

War and ecological degradation often go hand in hand and, after 20 years of unrelenting conflict, Afghanistan faces the most dire ecological threats of any country, according to a new report.

Other countries engaged in conflict, including Niger, Malawi, Pakistan and Yemen, are also at high risk, the report found.

“What happens is you get these cycles of ecological degradation and violence so the ecology gets damaged or degraded, and that leads to conflict. The conflict then leads to further damage to the environment. And that then creates this vicious cycle,” said Steve Killelea, founder of the Institute for Economics and Peace, a Sydney, Australia-based think tank that published the report.

Climate change, they wrote, is a “threat multiplier,” further increasing competition for resources in places where water is scarce and crops are vulnerable to drought and disaster. Killelea said that international leaders should consider these heightened threats during the international climate talks at COP26 in Glasgow next month.

“The thing with COP26, a lot of the focus is on climate change, but we do need to realize we’ve got these ecological issues, and they’re there today,” Killelea said. “They’re getting worse and if we don’t address them they’re just going to spread further, and that’s going to create a lot of displacement.”

When today’s young adults were taught about environmental responsibility, the focus was on recycling, taking shorter showers and planting trees. A pair of activist authors, Zanagee Artis and Olivia Greenspan, hoped the next generation would also learn about climate change, climate justice and climate solutions that went beyond individual actions.

Their book, “A Kids Book About Climate Change,” published by the media company A Kids Company About, is aimed at achieving just that. The book, geared toward children ages 5 to 9, explains that Earth has a fever and continues to be sick because humans are putting too much carbon dioxide into the air.

“We go into solutions and we were very intentional to not speak down to kids,” said Greenspan, a recent college graduate who has worked as an environmental organizer, “but rather talking about solutions that kids don’t usually hear about, like high speed rail, like educating women, like protecting Indigenous peoples’ rights.”

Elementary school is a foundational time in children’s lives, said Artis, a student at Brown University and a co-founder of the climate advocacy group Zero Hour. It is when kids are asking questions and learning things about the world that will stick with them, he added.

He said that when he visited a class of elementary age students to read to them from the book, kids were most excited about climate solutions, and even proposed solutions of their own.

“Kids deserve to know that they’re going to inherit a planet with climate change,” Artis said. “If we have kids who grow up with disasters and just have no explanation for why, or we allow it to happen that they believe that this is normal, and that this is just how the world is, I think that would be a really terrible thing.”

How Much Will My Flight Emit?

If you’re shopping for flights on Google, you can now factor greenhouse gas emissions along with price, airline and departure time, into your choice.

Google Flights’ new feature lists each flight’s emissions in kilograms of carbon dioxide equivalent. It also shows whether the flight’s emissions are above or below average. The data underlying the estimates comes from airlines and the European Environment Agency and takes into consideration factors like how old the airplane is (older planes have higher emissions) and what seat you choose (larger first class and business class seats have higher emissions than smaller economy seats).

Stefan Gössling, a sustainable tourism expert, said this tool can be useful for increasing “carbon literacy,” or people’s awareness of their own carbon footprint. And if there is more demand for low-emissions flights, that may spark changes within airlines and among policymakers, he said.

“This tool helps to create a new social norm,” Gössling said. “That then brings more people on the side of thinking, you know, maybe I’m in favor of lawmakers being tougher on airlines to force them to adopt new technologies. And that then creates a virtuous cycle of a better system towards zero carbon.”

Lisa Oswald, who is a doctoral researcher at the Hertie School in Berlin and has researched the social drivers of air travel, agrees that it’s important for customers to know the climate impact of a given flight to inform their decision making. But she cautions that this could lead people to opt to fly when they see a flight labeled “low-emissions,” instead of choosing more sustainable modes of transportation, like taking a train or driving a car. She compared this to someone buying a $20 shirt marked down to $10. This person may think they saved $10, when in reality, they spent $10 that they may not have if they did not see the sale.

But Google Flights will also show train options in addition to flights, where applicable, and will also include greenhouse gas emissions estimates for train routes, which have lower emissions than flights.

The showy colors of autumn are slow to arrive this year, many have noticed, which may be a signal of the changing climate. But, experts say, global warming is not expected to ruin leaf peeping in the decades to come. Rather, it will just delay the season.

Arthur DeGaetano, a professor at Cornell University and director of the Northeast Regional Climate Center, said trees are still quite green where he lives in Ithaca, New York, when he would normally expect the fall color to be at its peak.

Fall color is initiated by longer nights, which triggers the tree to stop producing chlorophyll, the source of the green color, leaving behind compounds with red, yellow and brown pigments, according to the U.S. Forest Service. Cool nighttime temperatures are a secondary impact affecting tree color, DeGaetano said, acting as an added signal for the leaves to change.

“Under a changing climate, we’re seeing that trend toward warmer temperatures, less cold nights and things like that, but that really won’t affect the trees changing color, you know, they’ll still change color,” DeGaetano said. “But what it would influence, perhaps, is the timing of when they change color.”

His message for tourists chasing fall foliage in a warmer world is that the peak season may come a few weeks later than it usually would.

The changes to the autumn color “would be low on my list of climate change worries,” DeGaetano said. “Climate change will affect it, but boy, it will be a small effect.”

A Call to Action for Coral Reefs

The world has lost about 14 percent of its coral reef cover since 2009, a global network of coral scientists and managers said in its first comprehensive update in 13 years on the status of the vital yet threatened ecosystems.

The report, published Tuesday by the Global Coral Reef Monitoring Network, compiled nearly 2 million observations collected by hundreds of scientists from 12,000 sites around the world. According to the report, following a 1998 bleaching event, coral cover declined by 8 percent, but by 2008, coral had recovered to its pre-1998 levels. In the following decade, however, 4,500 square miles of coral died, or about 14 percent of the world’s coral cover.

“This report confirms what those of us in the coral reef world know to be true, that coral reefs around the world are in big trouble,” said Madhavi Colton, executive director of the Coral Reef Alliance, who was not involved in the report.

The report comes just a few weeks after a research study showed that coral reefs have declined by 50 percent since the 1950s.

The massive decline was largely due to coral bleaching, the report said, which is when warm ocean waters cause the coral to eject the algae it relies on for nutrients. Climate change is warming oceans and the Intergovernmental Panel on Climate Change projects that 70 to 90 percent of the world’s coral will die if the planet warms 1.5 degrees Celsius above pre-industrial levels.

The report also found, however, that coral reefs are highly resilient and can quickly recover if conditions change, as they did after the 1998 bleaching event, adding urgency to efforts to reduce greenhouse gas emissions.

“To me, this report is sounding a loud alarm bell, which is something we should all definitely pay attention to,” Colton said. “It’s a call to action; not all reefs are doomed.” 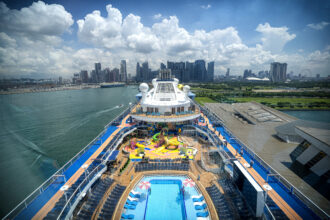 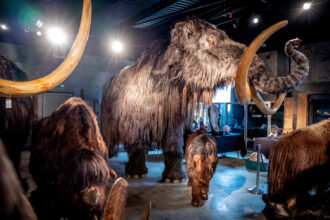 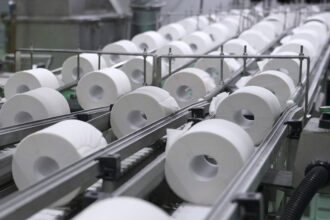