Toxic Superfund sites vulnerable to flooding, hurricanes and wildfires driven by climate change should be prioritized for cleanup with funds from a tax on polluting industries reinstated in the $1 trillion bipartisan infrastructure plan approved by Congress last month, two environmental watchdog organizations urge in a new report.

The number of unfunded Superfund sites awaiting cleanup has grown from nine in 2005 to 37 on the Environmental Protection Agency’s 2021 books. The increase has come as federal investigators say 60 percent of all Superfund sites are threatened by climate change.

The newly-signed infrastructure package imposes roughly $14 billion in fees on industry polluters over the next decade for Superfund cleanups. The so-called polluters pay tax is projected to bring the balance in the Superfund Trust Fund up to $1.8 billion by the end of the fiscal year from $67 million at the start of fiscal 2022.

The trust fund is used to pay for the cleanup of sites when there is no longer a solvent company able to cover the cost of the expensive remediation projects. The program was originally funded by a tax on the chemical and petroleum industries, but the tax expired in 1995, leaving the fund to dwindle and the bills for cleanups to fall almost entirely on federal and state governments.

“With insufficient funding, the Superfund program has had to spread limited resources thinly across hundreds of sites, reducing the efficiency of cleanup at individual sites,” the Public Interest Research Group Education Fund and the Environment America Research & Policy Center said.

After 26 years, the renewed funding could help the program reverse the decades-long trend of slowing cleanups of Superfund sites and protect communities from exposure to deadly chemical waste, Jillian Gordner, a PIRG researcher and author of the report, said.

“The program has been running on fumes for years,” she said. “Now there is the expectation that work will get done and get done more quickly.”

That will translate into more protection for neighborhoods in the shadow of Superfund sites, and validate the work of community organizations that have been fighting for redress, she said.

“Long suffering communities can now have hope and see an end to what they have been enduring,” Gordner said.

The additional money will not only fund boots-on-the-ground clean ups, but also boost EPA’s compliance enforcement program, giving the agency the means to pressure polluters and hold them accountable for clean ups.

To be effective, she said, the funding must carry an obligation that the EPA produce accurate estimates of how much cleaning up the sites will cost, set priorities and adhere to those goals.

“This is a tremendous opportunity for the EPA,” Gordner said. “But the agency must have focus and plans—and stick to the plans—to successfully manage the program with all that the new funding allows.”

That’s especially true of the sites that sit in the crosshairs of climate threats, she said.

“There is urgency to address the sites that are exposed to the increasing threats of natural disaster,” she said. “Climate change is happening at a terrifying pace, so those sites are especially vulnerable.”

The report, Funding the Future of Superfund, outlines actions that federal and state governments should take to clean up toxic waste from sites that have often languished on the Superfund list for decades.

Climate threats to many of these sites heightens the potential for exposure to chemicals linked to increased risks of cancer; respiratory and heart disease; stunted development in children; and birth defects in nearby communities. Superfund sites hold poisonous mixes of chemicals that often include arsenic, lead, mercury, benzene and other hazardous materials. A Congressional Research Service study estimates that one in six people live near a Superfund site, many of them in communities of color or lower economic status.

“For decades, industrial activity has ignored the accruing human health, environmental, and financial cost of using toxic chemicals,”  the report said, citing a series of stories by Inside Climate News, the Texas Observer and NBC News highlighting the climate threats to Superfund sites. “Increased funding to the Superfund program from the ‘polluter pays’ tax on chemical production should provide an essential boost to cleanup efforts.”

Addressing climate threats must be a primary consideration in those cleanup efforts, the report said.

“In order to reduce the risk of flooding, hurricanes, or wildfires damaging Superfund toxic waste sites and spreading contamination into nearby communities, cleanup plans should be designed and implemented to endure severe weather risks,” the report said.

The Superfund program was born in 1980 and now includes 1,303 actieve sites from Alaska to Florida. Some, like sprawling mine sites, cover hundreds of acres while others, like a dry cleaners, are smaller than a city block. Less than a quarter of the more than 1,700 sites that have at one point been added to the Superfund program’s National Priorities List have been completely cleaned up and removed, according to the report.

Steady Decline in Funding and Cleanups

“A fully funded Trust Fund gives Congress the opportunity to appropriate additional funding to the Superfund program without the limitations of using general taxpayer revenue,” the report said.

The polluter pays fee is already under attack by a handful of Republican senators led by Ted Cruz of Texas, who wants it repealed.

The EPA attempts to get the company or individuals responsible for polluting a site, referred to as Potentially Responsible Parties (PRPs), to pay for the site’s cleanup.

Two of the sites on what is known as the orphans list that got no funding this year are the American Creosote Works and the Escambia Wood Treating Company in Pensacola, Florida. Both have been undergoing cleanup for decades, when government funding could be found.

The 18-acre creosote works site is one of the Superfund sites nationwide that the EPA considers an uncontrolled threat to human health and at risk of climate change-related disruptions like flooding and hurricanes. From 1902 until 1981 the wood treating facility used the carcinogens creosote and pentachlorophenol (PCP). It was added to the Superfund list in 1983—one of the first ever sites put on the list—because of its highly contaminated soil and groundwater.

Escambia Wood is a notorious Superfund site that has earned the nickname “Mt. Dioxin.”  For 40 years, until 1982, the company manufactured utility poles, foundation pilings and lumber treated with creosote and PCP.

The 100-acre site was added to the Superfund list in 1994 because of contaminated soil and groundwater that the EPA says remains out of control.

The EPA and the Florida Department of Environmental Protection have been conducting the cleanups at the two sites using taxpayer funds because the companies went bankrupt.

Kelly Hagen, who lives near the American Creosote site and has fought to get the site cleaned up for years, found the news that money might be available to complete it encouraging.

“Getting this done certainly would bring peace of mind to the community,” she said.

Final cleanup would end the frustration of hearing year after year that the work would be completed soon only to have funding dry up and the site sit dormant and dangerous, she said.  “It would mean we all could breathe a lot easier.”

Other sites on the list awaiting additional funding include:

Bill Muno, a former director of Superfund for the EPA’s Great Lakes Region, said the additional money will be a boon for communities that have long endured the threats from the toxic sites.

“Definitely this will set in motion the work that will lead to the cleanup of some of these sites,” he said. “Many of these sites have gone years without work, even though it’s been well known the kind of remediation that needs to be done.” 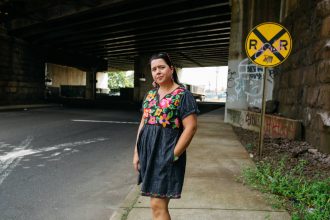 At One of America’s Most Toxic Superfund Sites, Climate Change Imperils More Than Cleanup 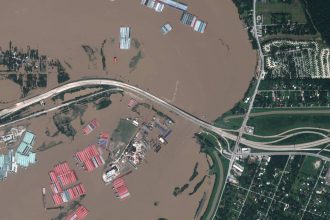