In Pennsylvania, a coal-mining state where the fracking boom has also pushed natural gas production to the second highest levels in the nation, Gov. Tom Wolf is launching into his second term with a conspicuous move on climate change.

His goal to cut greenhouse gas emissions 26 percent by 2025 compared to 2005 levels mirrors the commitment the U.S. made as part of the Paris climate agreement. And his longer-term target—an 80 percent reduction by 2050—is in line with the decarbonization that scientists have said will be needed to keep global temperatures from rising 2 degrees Celsius above pre-industrial levels.

But meeting that target is easier said than done with Republicans in control of both chambers of the legislature, as the Democratic governor pointed out.

The governor can set energy efficiency targets for state agencies, take steps to increase the number of electric cars in state fleets, and increase purchases of renewable energy, but those moves would be insufficient on their own to curb Pennsylvania’s emissions.

Pennsylvania now ranks fourth in the country, behind Texas, California and Florida, in carbon emissions. Methane, a short-lived climate pollutant, is also an issue. The state is second behind Texas in natural gas production and the third-largest coal producer after Wyoming and West Virginia.

‘Not Too Much, But Not Too Little’

Wolf cautioned that it was unlikely that legislative action would be forthcoming to accomplish his greenhouse gas reduction goals. He also said he did not have any regulatory actions in mind and did not want to be punitive to industry.

“What I try to make sure is that what I do is not too much, but not too little,” he said. Wolf used the signing event at the Heinz History Center in Pittsburgh to hail a local utility, Peoples Natural Gas, for a commitment to cut its methane emissions in half, calling it a model for industry and government cooperation.

Pennsylvania’s targets are similar to those of the 16 states in the U.S. Climate Alliance that have pledged to meet the U.S. climate commitment despite President Donald Trump’s vow to exit the Paris accord.

States Stepping Up on Climate Policies

The announcement comes at a time when states are stepping up on a wide variety of fronts to counter Trump’s moves to promote fossil fuels and end climate action.

On Tuesday, legislators in nine coastal states announced they would introduce legislation to try to block Trump’s plan for a major expansion in offshore drilling.

But Pennsylvania has been out of step with neighboring states when it comes to power plant emissions.

When New Jersey rejoins the Regional Greenhouse Gas Initiative (RGGI) later this year, Pennsylvania will be the only northeastern state led by a Democratic governor not to be a part of the market-based program to reduce utility emissions.

More than 60 Pennsylvania businesses, communities and faith groups in November petitioned Pennsylvania’s Environmental Quality Board to initiate an economy-wide “cap-and-trade” program. Although the board rejected a similar petition before, the new effort relies on a 2017 state Supreme Court ruling that upheld a broad interpretation of the Environmental Rights Amendment in the state’s constitution.

Editor’s note: This story was updated to clarify that Pennsylvania’s climate commitments are on par with the U.S. Climate Alliance’s but Wolf hasn’t joined. 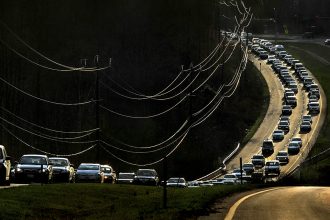 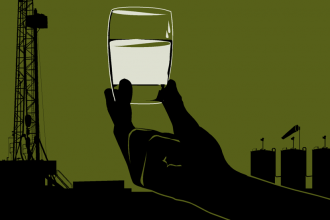