One was BP’s catastrophic Gulf oil well blowout. The other hit closer to home. Enbridge, another Alberta-based energy firm, suffered a breach in an oil sands pipeline that gushed more than 800,000 gallons of crude into Michigan’s Kalamazoo River system.

Environmental groups and legislators pointed to the high-profile accidents to question the wisdom of TransCanada’s 1,959-mile planned Keystone XL pipeline, which would transport as many as 510,000 barrels of bitumen per day across six U.S. states and over a vital underground aquifer to the Gulf of Mexico.

Concern over the environmental security of the proposed pipeline created a backlash in America’s generally oil-friendly heartland, delaying approval by the State Department of a presidential permit needed by TransCanada to break ground for the international oil artery.

So for a week in mid-December, 60-year-old TransCanada launched its first-ever big advertising campaign to drum up support for a single project. TV and radio spots ran in Washington, D.C. to tout the line’s safety technology and jobs potential.  The firm says it was intended to directly combat the No Tar Sands Oil Coalition, whose ads protesting the line ran from Nov. 30 to Dec. 12 in the same market.

Has the mounting opposition diminished the pipeline’s odds, or is it rallying Big Oil’s base? The powerful  American Petroleum Institute has joined with TransCanada to protect Canadian crude imports with a unified front in Washington, while indigenous peoples from Canada and the U.S. have made the rounds on Capitol Hill, voicing their concerns to lawmakers.

SolveClimate News spoke with James Millar, spokesperson for TransCanada, to get his perspective on the scrutiny and heightened opposition the pipeline has attracted.

‘We Have a Safe Project’

“I’m not surprised by it. I think I respect that — that individuals have concerns after seeing those two incidents. But concerns are one thing; realities are another. And we’re confident that we have a safe project.”

TransCanada, which owns 37,000 miles of pipelines, says the 36-inch Keystone XL line “incorporates proven design features and construction methods” to limit leaks. In August, the firm removed its request to operate the pipe under higher pressures because of concerns from the Environmental Protection Agency and the public — and the need to protect its commercial interests in the post-BP spill world.

The $7 billion Keystone XL makes up one-third of TransCanada’s $21 billion basket of projects, which includes the biggest wind power plant in New England, natural gas,  hydroelectric and nuclear facilities and other liquid fuel pipelines. Keystone XL is the firm’s largest project under development, though if the company’s $32 to $41 billion Alaska gas pipeline is successful it would eclipse Keystone XL by a factor of five or more. TransCanada’s assets total $43.8 billion.

“Is [Keystone XL] important to our bottom line? It is. But all our projects in that $21 billion suite of projects are important to the bottom line.” However, Millar added flatly, “not for any of those projects have we felt we’ve had to institute a sort of [advertising] campaign.”

Will TransCanada revive last month’s campaign in the face of ongoing pressure?

“There is a very strong likelihood that we will,” Millar said, adding that it could go live as soon as this month as part of a “more comprehensive” push.

“Advertising in this sort of a realm is not something that our company normally does,” Millar explained. “But we felt … with some of the misinformation that was being put out we needed to offer a counter point of view. We wanted to give [decisionmakers] essentially our side of the story.”

That story is one of energy and economic security. The pipeline would replace oil from places like Venezuela with fuel from a “safe, friendly, U.S. neighbor” and create 20,000 manufacturing and construction jobs, the firm says.

Millar would not disclose the campaign’s price tag. “We made an investment that we felt was necessary to get our information out there.”

Kenny Bruno, coordinator of the No Tar Sands Coalition, a group of more than 20 conservation organizations, says it may reboot its own ad blitz over the next few months as it works at the same time on a “full-out effort” to educate Congress, the Obama administration and agencies. The group previously ran 128 spots on CNN, MSNBC, The Daily Show; twelve on radio’s morning drive time; and digital ads on Google networks, Politico, YouTube, among others.

“Obviously we can’t go tit-for-tat with them on advertising,” Bruno said. “They have a lot more money than we do.” The No Tar Sands group is said to have spent a half a million dollars on its ad buys.

The coalition calls the oil sands the “dirtiest oil in the world” and says the pipeline poses an unacceptable risk to the Ogallala Aquifer, a primary source of water for drinking and agriculture in the Midwest.

“For real energy security, we need homegrown energy, not dirty energy that’s the most expensive in the world,” Bruno said.

TransCanada believes it is unfairly under attack.

“We’ve been referred to as Big Oil before, and I like to correct that by saying, ‘Do we transport oil?’ We do. We are the conduit,” said Millar. “We’ll build the power plants and we’ll build the natural gas pipelines and the oil pipelines, but we won’t do that until we have commitments from producers — whether it be purchasing electricity, shipping natural gas or shipping oil.”

It is a contention that Bruno disputes. “There’s not a demand for this pipeline. The demand comes from a couple of refineries in Texas,” referring to where the crude would get processed. “There’s plenty of pipeline capacity for tar sands as it stands right now.”

‘Still Some Time’ But Approval Likely

Though irritated by the relentless criticism, Millar is confident the State Department will okay Keystone XL.  “I don’t think we would have made the investments that we have,” he said. “And I don’t think the producers and the refiners would have committed if they weren’t positive about the project.”

Phase one of the full 3,800 mile, $12 billion Keystone system zipped through the approvals process and began running crude to Illinois in June. When complete, the Keystone pipes would almost double U.S. oil sands imports to up to 1.1 billion gallons of capacity each day.

“There’s still some time on this one,” Millar said of Keystone XL.

The State Department’s decision is expected sometime in the first quarter of the year. It could come in the form of a final environmental impact statement (EIS) that industry would prefer because it would fast-track approval; or it could come as a supplemental draft EIS that would require a new public comment period.

In the meantime, API, the nation’s largest oil industry trade group, is expected to launch its own oil sands advertising push this month, adding its considerable weight to the pro-pipeline drumbeat. “They took the impetus on their own,” Millar said. “Ours isn’t a joint campaign with API.”

“People are going to ask themselves who do they believe,” Bruno said, as his organization braces for the ad blitz. “It’s not a matter of how good your ad is.” 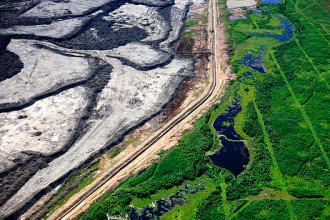 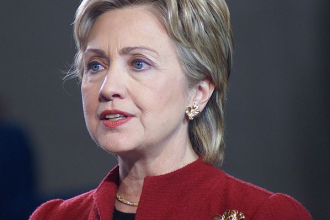 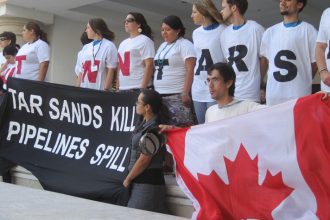 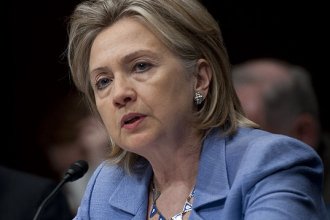 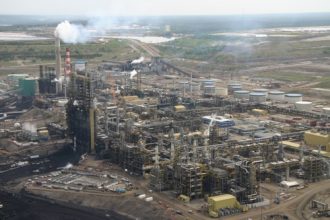