WASHINGTON—Gargantuan hammers seemed to be the tool of choice for House Republicans at a congressional hearing about the reach of the Clean Air Act. So it’s little wonder that the Environmental Protection Agency looked like an enormous nail.

Ostensibly, members of the Energy and Commerce Subcommittee on Energy and Power gathered Wednesday to discuss the merits of a draft bill designed to stifle the EPA’s efforts to curtail heat-trapping gases.

However, it didn’t take long until the back-and-forth exchanges in the first Republican-led, EPA-related hearing of the 112th Congress began resembling an act from the theater of the absurd.

For instance, GOP representatives peppered their first witness, Sen. Jim Inhofe, with questions about the science of global warming. Not only is the Oklahoma Republican the Senate’s most outspoken climate change denier, but he also trained as an economist and is on the verge of releasing a book titled “The Hoax.”

Ironically, they saved their queries about economics for the second witness — EPA Administrator Lisa Jackson, the only scientist among the 15 witnesses in the lineup during the tense, hours-long event.

Jackson bore the brunt of the Republicans’ venting as they questioned the validity of the 5-4 decision in the Massachusetts v. EPA Supreme Court case. They doubted that the ruling gave the agency authority to regulate carbon emissions, and blamed the ensuing endangerment finding for ruining the economy, killing jobs, raising food prices and lowering the nation’s standard of living.

Brief History of Bill in Question

Inhofe helped to ignite the need for a hearing by pairing up with Republican Rep. Fred Upton of Michigan on the draft measure called the “Energy Tax Prevention Act of 2011.” Upton is the new chair of the House Energy and Commerce Committee, while Inhofe is ranking member of the Senate Environment and Public Works Committee.

Upton maintains his bill does not gut the Clean Air Act, just restores it to its intended purpose of regulating criterion pollutants, such as ozone, particulate matter and lead.

“Cap and trade failed in the last Congress, but now we face the threat of Environmental Protection Agency bureaucrats imposing the same agenda through a series of regulations,” Upton said.

“Like cap and trade, these regulations would boost the cost of energy, not just for homeowners and car owners, but for businesses both large and small. EPA may be starting by regulating only the largest power plants and factories, but we will all feel the impact of higher prices and fewer jobs.”

Democrats beg to differ with that assessment. A Feb. 7 analysis circulated by Rep. Henry Waxman of California, ranking member of the full committee, lays out 10 specific ways the bill would handcuff EPA. For example, it would overturn not only the Massachusetts v. EPA decision but also EPA’s 2009 scientific determination that greenhouse gas emissions endanger human health and the environment.

In addition to threatening the renewable fuel standard, Waxman said, it would repeal California’s authority to regulate vehicle emissions, hamper EPA’s efforts to offer amendments to the Montreal Protocol, and prohibit EPA from limiting carbon emissions from stationary sources, cars and trucks.

In his testimony, Inhofe chided climate change “alarmists.” Scaring the public with predictions about more intense droughts, floods, storms and diseases is useless, he said, when his math reveals that EPA regulations will make very little difference unless other large emitters act aggressively.

He also estimated that other carbon bills Congress has considered would cost $300 to $400 billion annually and export jobs overseas.

“The science on this issue is mixed,” Inhofe said. “The economics are not mixed.”

Though Inhofe offered to give Waxman an autographed copy of his upcoming book about the myths of global warming, the Californian wasn’t falling for the niceties.

“What this bill should be called is the ‘Big Polluter Protection Act,'” said Waxman, the co-author of a cap-and-trade bill that squeaked by in the House in 2009 before failing in the Senate. “[This bill] will repeal the only authority the administration has to protect our health and the environment without providing any alternative.

“History will not judge this committee kindly if we become the last bastion of the polluter and the science-denier,” he continued. “When carbon emissions rise to record levels and our weather system goes haywire, the American people will ask why we acted so irresponsibly.”

Jackson Stands Up for Science

Before a parade of 14 Republicans proceeded to question EPA’s authority, Jackson emphasized that her agency did not act alone in its 2009 finding that man-made greenhouse gases threaten the public’s health and welfare. The decision was based on peer-reviewed science and conclusions reached by the National Academy of Sciences.

“Chairman Upton’s bill would … repeal that scientific finding,” Jackson said. “Politicians overruling scientists on a scientific question; that would become part of this committee’s legacy.”

While Jackson suggested carbon regulation might be less divisive if Congress passed a climate law, she pointed out that EPA is progressing in a “modest and moderate” manner via the Clean Air Act.

For instance, she said, the agency narrowed the tailoring rule that took effect Jan. 2 so it includes only facilities emitting 100,000 tons of carbon a year — equivalent to burning the coal contained in one railroad car.

She also highlighted EPA-tabulated health benefits of the Clean Air Act, noting that in 2010 alone it saved 160,000 lives and prevented millions of cases of bronchitis, asthma and other respiratory illnesses.

As well, she added, the law has been a boon to the environmental technologies industry and its workforce by generating nearly $300 billion in revenues and $44 billion in exports in 2008.

“This is a serious effort to weaken the Clean Air Act,” Jackson told a scrum of reporters after her two-plus hours of testimony. “If we are not allowed to regulate, it will have a huge impact on EPA’s ability to do anything.”

Democrats Speak Up for Jackson

The right-leaning list of witnesses from trade associations, industry and academia was a reflection of the Republican majority in the House. But the fact that Jackson was the only scientist among the 15 frustrated Democratic Rep. Bobby Rush of Illinois.

“I am extremely troubled by the majority’s stubborn resistance to inviting and seating credible witnesses at this hearing,” said Rush, ranking member of the subcommittee. “Stacking a deck of cards with the same suit will rig the outcome before the first hand is even dealt. But that isn’t what the American people and the taxpayers want.”

Several Republicans came close to smirking when Rep. Ed Markey (D-Mass) offered his colorful perspective on the Upton-Inhofe bill, which the subpanel and full panel seem likely to pass.

“So basically what we have here is legislation that hands regulatory relief to oilmen from Oklahoma and a blank check to OPEC, along with a noose with which they can increase their stranglehold on American blood, treasure and livelihoods,” said Markey, co-author of last session’s climate bill with Waxman.

He also pointed out that the same subcommittee planned a follow-up hearing about the impact of Middle East unrest on U.S. energy prices.

Though most of the Republicans doubted the science of climate change, they agreed that the hearing was about jobs, not science.

“It is about the destructive economic impacts of EPA trying to use the Clean Air Act for what it was never designed to do,” said Rep. John Sullivan of Oklahoma.

Ceres, a coalition of environmentalists and institutional investors, and the University of Massachusetts released a report the day before the hearing finding that the Clean Air Act standards EPA is preparing to set for mercury, soot, smog and other harmful air pollutants from power plants will create nearly 1.5 million jobs in the next five years.

Shimkus’s home state is among the five states predicted to experience the most significant job gains from installing modern pollution controls and constructing new power plants. Virginia, Tennessee, North Carolina and Indiana are the other four states mentioned in the analysis.

The contents of a private letter from the George W. Bush administration that Waxman released Tuesday night proved to be a lightning rod at the hearing. Former EPA Administrator Stephen Johnson wrote the letter to President Bush Jan. 31, 2008. The topic? Whether carbon emissions endanger the public.

“The latest science of climate change requires the Agency to propose a positive endangerment finding, as was agreed to at the Cabinet-level meeting in November,” Johnson wrote, adding that “the latest climate change science does not permit a negative finding, nor does it permit a credible finding that we need to wait for more research.”

In July 2008, they said, Johnson made a statement suggesting regulating greenhouse gases under existing law would be a legal, economic and technical headache.

“One point is clear: the potential regulation of greenhouse gases under any portion of the Clean Air Act could result in an unprecedented expansion of EPA authority that would have a profound effect on virtually every sector of the economy and touch every household in the land,” Johnson said as part of EPA’s July 2008 decision not to regulate greenhouse gases.

The decision to overturn Johnson’s decision in December 2009 means the Obama administration “is now dealing with the consequences: a regulatory morass that is stalling economic growth and keeping people unemployed — all for no meaningful impact on climate change,” the staffers said.

While Waxman said he preferred a market-based solution to climate change, the endangerment finding should stand.

“As Administrator Johnson’s letter makes clear, both Republican and Democratic Administrations have had the same view of the science: carbon emissions are a serious threat to our nation’s welfare,” Waxman concluded in his letter to Upton and again Wednesday. “I urge you to leave the science to scientists and drop your effort to use legislation to overturn EPA’s endangerment finding.”

The acrimonious nature of the hearing makes James Day, an adjunct professor at the American University Washington College of Law look like a prophet.

During a Tuesday symposium focused on potential legislative issues for this congressional session, Day was asked to comment on possible progress on the environmental and energy front. 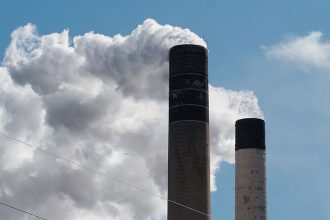 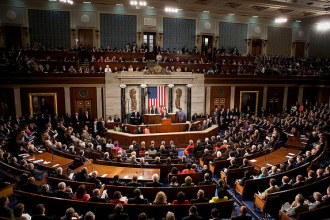