Climate denial campaigns have helped slow the public’s acceptance of man-made climate change and delay political action for years, but a new study published last Thursday finds these contrarian arguments have also had an impact on climate scientists.

Scientists spend time and resources addressing denialists’ debunked claims in a way the scientific community has never done, said Stephan Lewandowsky, a cognitive scientist at the University of Bristol in England and lead author of the new study, published in the journal Global Environmental Change. Researchers also often downplay future climate risks to avoid being labeled an “alarmist” by climate contrarians.

“Scientists are reticent to begin with, and if they know that everyone wants to ream at them for being alarmists, that adds to their reticence,” Lewandowsky said. “They are human, just like you and I…and some of the actions by deniers can be quite nasty.” He said hate mail and complaints directed to their research institutions are common.

This influence, which the study dubbed “seepage,” is something that Kevin Trenberth, a climate scientist at the National Center for Atmospheric Research (NCAR) in Boulder, Colo. has seen first-hand.

Climate denial campaigns “can absolutely influence what you do and what you write about,” said Trenberth, who was not involved in the study. “Part of the reason they do it is to distract you and get you to waste your time.” Instead of “publishing the good science needed to advance our understanding of climate change,” scientists are left defending their work and debunking false claims.

The study reviewed dozens of psychological and social science papers to understand why scientists are susceptible to denialist campaigns and provided a real-world example of this impact from the climate science literature. The authors concluded that scientists are as vulnerable as anyone to persuasive messaging and fear being stereotyped (in this case, as a global warming alarmist), and that when enough people criticize or question their work they, too, may begin questioning their findings.

The example it examined is the scientific community’s handling of the claim that there’s been a supposed pause or hiatus in the world’s warming in the last decade. Lewandowsky, along with Harvard science historian Naomi Oreskes and colleagues at several Australian universities examined more than 40 scientific studies that addressed the slowed warming trend. The widely touted claim also prompted two special editions of the Nature journal series in 2014 and was addressed in the Intergovernmental Panel on Climate Change’s Fifth Assessment Report, released in 2013.

The studies all conclude that the recent slowing in warming is an expected, temporary blip as the Earth’s temperature climbs with more fossil fuels burned. But the hundreds of pages scientists have written discussing the trend, and their adoption of the words “hiatus” and “pause” while doing so, indicates  denialists’ influence, the study authors said.

“They are rebutting the idea of a pause, but to do so, they call it a pause,” Lewandowsky said. “Scientists have adapted the framing that is being set by contrarians even when they are rebutting it.”

Scientists have long predicted periods of fast temperatures rises and slow ones as the world warms. When there was a sharp increase in global temperatures from the early 1990s to mid-2000s, scientists did not overemphasize it, the study said, and would have most likely taken the same approach to the slowing in warming if it hadn’t been for denalists’ campaigns.

Calling scientists alarmists mischaracterizes them, said Trenberth. “We come at this issue from a neutral standpoint. There’s that saying, ‘Sticks and stones may break my bones, but names will never hurt me.’ That’s not entirely true. They still have some influence.”

Lewandowsky and his colleague acknowledge this study could act as a rallying cry for denialists, confirming their campaigns are having an effect. But that’s a risk they’re willing to take, Lewandowsky said.

“Knowing about this kind of stuff is half the battle. We hope it will empower climate scientists to resist this subtle seepage,” he said. 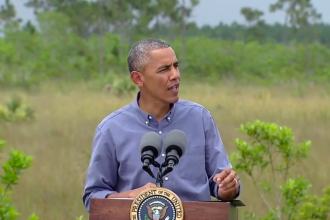 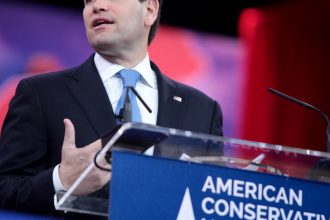 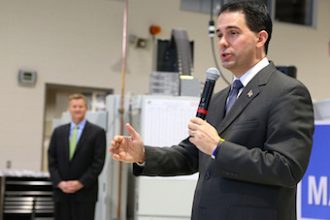 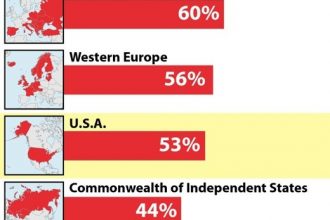