People who work in the solar industry can barely contain their glee this week.

The Inflation Reduction Act, which passed the U.S. Senate on Sunday and appears to be heading to passage in the House, contains a wish list of the industry’s priorities.

And here’s a big one: a 10-year extension of the investment tax credit, the main tax policy that has supported growth of the solar industry.

“This is one of those moments where I feel like, as a human being, I will remember where I was, when the Senate passed this,” said Abigail Ross Hopper, president and CEO of the Solar Energy Industries Association, in a conference call with reporters.

Without the new legislation, the investment tax credit, or ITC, was phasing down for large-scale projects and phasing out for residential projects.

At its full value the ITC covers 30 percent of the cost of buying and installing a solar system. But it dropped to 26 percent this year and was going to go to 22 percent next year. After that, the credit was going to end for residential projects, and go to 10 percent for large-scale projects.

With the new legislation, the credit would return to its full value of 30 percent through 2032, and include a retroactive credit so anyone who installed systems in 2022 would get 30 percent instead of 26 percent.

The extension would accelerate growth in the solar sector, which is an essential part of the country making a transition away from fossil fuels.

People who work in the solar industry refer to the uncertainty they face as a “solar coaster,”  whose ups and downs often hinge on fluctuating state and federal policy.

This legislation would make for a much smoother ride, and that’s good news coming at a time when global shortages of parts have led to a spike in some costs and a slowdown in project timelines.

Solar companies have faced the potential phasedown or phaseout of the ITC credit several times over the years, only to have it extended by legislation. Developers and installers often rush to get projects done ahead of the next tick down in incentives.

The tax credits have helped to make solar more affordable, and the growth in demand has led to economies of scale that pushed costs down even further, a virtuous cycle. For example, the average cost of a residential rooftop system has fallen from $7.53 per watt in 2010 to $2.65 per watt at the beginning of 2021, a 65 percent decrease, according to the National Renewable Energy Laboratory. This doesn’t include the recent period in which some costs have risen due to inflation and shortages, but the increases are small compared to the substantial decreases over the last decade.

The hope for the lawmakers who drafted this latest extension is that the upcoming decade of steady tax policy, plus a continuing decrease in solar costs, will unleash a building boom unlike anything we’ve seen before. (For more on what’s in the bill, see these summaries from the Solar Energy Industries Association and the Congressional Research Service.)

Dan Esposito, a senior policy analyst at the think tank Energy Innovation, has spent this week assessing the ramifications of the bill.

He sees the tax credit extensions as mechanisms to help offset the potential for cost increases in other aspects of renewable energy development, like obtaining connections to the grid and buying a larger share of parts from U.S.-based manufacturers.

The bill also includes incentives for domestic manufacturing, which, along with current and potential tariffs on imported equipment, could lead to a significant shift in where U.S. solar projects get their parts.

But the transition may not be smooth, with bottlenecks as projects try to get grid connections and the potential for shortages in some parts as the supply chain goes through significant changes.

“The hope is that tax credits across the board … will help to get around these issues that will potentially take much of this decade to resolve themselves,” Esposito said.

I want to be careful when talking about the potential for solar costs to increase. As solar development continues to grow, the long-term trend should be a decrease in costs, but the negative factors Esposito is talking about may mean that the pace of the decrease could slow, and there may be periods in which costs of some components increase.

Like many analysts, Esposito is in a state of disbelief that the bill is likely on its way to becoming law, following a long process in which the measure seemed to have died several times.

“It’s amazing that this bill came together when it did,” he said. “We finally have a consistent, long-term climate policy in the U.S. and hopefully the various renewable industries can really dig into it with historic investment.”

Why It Took Congress so Long to Act on Climate: The Inflation Reduction Act is likely on its way to becoming law, succeeding while so many other attempts at climate legislation have failed. People closely involved in those past efforts say the bill has gained enough support to pass because of pressure from the growing evidence that climate change has already arrived, as Coral Davenport and Lisa Friedman report for The New York Times. Also, the bill relies almost exclusively on incentives rather than new taxes to encourage a transition to clean energy, an approach that is much easier to sell politically than past proposals. “Carbon taxes have proven a toxic mix with politics, although the toxicity varies across countries,” said William Nordhaus, who helped to popularize the idea of a carbon tax as an economist at Yale University in the 1970s. “Subsidies, by contrast, are catnip to the elected.”

Senate Bill Opens Door to Offshore Wind off of U.S. Territories, Florida and Georgia: Among the many provisions in the Inflation Reduction Act that will help renewable energy, the bill ends a ban on developing offshore wind off of Puerto Rico, Guam and other U.S. territories, and it lifts a 10-year moratorium on offshore wind development off of Florida and Georgia. Supporters of the provision are saying it will help the island territories that are dependent on fossil fuels for electricity and highly vulnerable to the effects of climate change, as Jennifer Dlouhy reports for Bloomberg Green. The bill does this by revising a seven-decade old part of federal law that defines which offshore areas are available for development. The moratorium on development off of Florida and Georgia is more recent, the result of an order imposed by the Trump Administration that critics said was designed to stifle the growth of clean energy.

Chicago Leaders Sign Agreement to Go Carbon-Free in Government Buildings by 2025: Chicago has announced an agreement with an electricity supplier that says the city government will run on 100 percent renewable energy, and will aim to reach net-zero emissions by 2025. The $422 million agreement is with Constellation Energy, a company that has recently spun off from Exelon, the company that owns the Chicago area’s main utility, Commonwealth Edison. Illinois Gov. J.B. Pritzker, who signed major clean energy legislation last year, said Chicago’s plan is a model for the nation, as Fran Spielman reports for the Chicago Sun-Times.

Washington Tribes Call on Gov. Inslee to Reject Clean Energy Project Proposal: Most of the federally recognized tribes in Washington have signed a letter to Gov. Jay Inslee asking for the state to deny permits to build a pumped hydropower plant that could damage sites sacred to tribal nations. The proposed Goldendale Energy Storage project would pump water from near a dam on the Columbia River, hold the water in reservoirs at high elevation and then allow the water to flow down through a turbine to produce electricity at times of high demand, as Chris Aadland reports for Underscore News and Indian Country Today. The system would provide carbon-free electricity to the grid, but like nearly all hydropower systems, it involves disturbing and sometimes destroying nearby land. “The tribe has said loud and clear that we do support green energy, but not the cost of (the) destruction of irreplaceable sites, especially if they have food, gathering or medicine uses,” said Jeremy Takala, a Yakama Nation Tribal Council member. 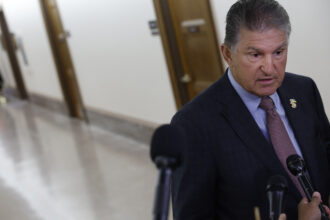 Senate Democrats Produce a Far-Reaching Climate Bill, But the Price of Compromise with Joe Manchin is Years More Drilling for Oil and Gas