As the state of Ohio freezes climate policy, the city of Cleveland and its surrounding area are taking a different approach. Northeast Ohio is charging ahead with plans to build green industries that could jumpstart the economy and reduce pollution at the same time.

In the past decade, 500 companies have been built in northeast Ohio on the promise of green technology, each handpicked by civic leaders to match the strengths of the region. Meanwhile, politicians–including the governor–are knocking back statewide renewable energy targets that benefited many of those companies, such as wind and solar farm operators. The conflict could stall—or even stifle—further development of businesses trying to create climate-friendly technologies and a new clean energy economy.

The Cleveland skyline rises up from the shore of Lake Erie, cresting in a handful of high-rises against the city’s historic facade. Evidence of a resurgence is all around. In a growing neighborhood called the Warehouse District, a shuttered hat company now houses modern apartments. Five renovated theaters form a premier performing arts complex.

Cleveland’s earliest days were built on fossil fuels, much like the rest of Ohio and the Rust Belt. Standard Oil, John D. Rockefeller’s line of refineries that grew to become the largest in the world, started here in 1870. Steel mills prospered at the same time—28 percent of Clevelanders worked in the mills by 1880. The waste dumped into the Cuyahoga River from these industries created an oil slick so thick, it caught fire repeatedly in the 1950s and ’60s.

Since then, the city’s population has declined by about 60 percent, falling from one million to 400,000. The 200-year old metropolis has tried to draw in new residents with upgrades—including a $100 million cleanup of the toxic river and a massive $600 million public investment in restoring its historic downtown. In 1995, the Rock and Roll Hall of Fame opened here; four years later, residents welcomed the rebirth of the Cleveland Browns football team by building a 70,000-seat stadium.

An influx of young professionals who moved to Cleveland at the end of the recession has reinvigorated the city’s core. “It’s like a hipster haven these days,” says Tom Kondilas, a producer and owner of LESS Productions who grew up in the city and now lives in West Cleveland. “I think people are starting to expect more from Cleveland—they don’t think it’s just a dingy place anymore.”

But new and longtime residents remained concerned about the future of the city’s post-industrial economy. So in 2004, a group of 50 corporations, nonprofits, foundations and universities donated money to create a $100 million fund to spur entrepreneurship and create jobs.

The region already had clear advantages in some areas from its long history of manufacturing—”We have a very strong workforce capability and a very strong university system,” says Bill Hagstrand, an energy expert at an economic development organization called NorTech. A third of the jobs in Cleveland still come from manufacturing and skilled trades.

Among other projects, the fund supported the creation of NorTech, whose leaders developed a “roadmap” of industries they thought would thrive in northeast Ohio. They based their decisions about which businesses to support on existing supply chains and the research interests of nearby universities. Ultimately, they invested in green technology—betting that this emerging sector would bring prosperity and long-term potential for growth to the region.

Now, hundreds of companies are working on projects related to energy efficiency, batteries, biomass, solar power, wind power and water. One venture is even building a plant to turn waste plastics into fuel.

But politicians in Columbus, the state capital, are making progress more difficult for some of those companies in Cleveland. For the past four years, Ohio has been led by Republican Gov. John Kasich. Earlier this summer, Kasich helped pass Senate Bill 310, which froze the state’s own goals for increasing the proportion of renewable energy produced and purchased within state borders.

Kasich’s signature on SB 310 froze targets created in 2008 under the Clean Energy Law of former Democratic Gov. Ted Strickland. Those targets required 12.5 percent of the electricity sold by Ohio utilities to come from renewable sources and 12.5 percent to come from advanced energy (which includes co-generation, nuclear power and clean coal). Before the freeze, supporters considered these mandates an important driver of long-term demand for wind and solar power. The two-year delay made coal-dependent Ohio the first state to officially halt its own renewable energy targets.

Mayor Frank Jackson of Cleveland opposed SB 310, because he says the targets have benefited Cleveland’s residents and area businesses. Jenita McGowan, the mayor’s director of sustainability, says, “We need good polices that support efficiency and renewables in the private sector.”

In his defense, Kasich has pointed out that he added the two-year timeframe to the law, which originally written had no expiration date for the freeze.

Nate Lotze, a field organizer with Environment Ohio, a nonprofit research and policy center, is concerned. He worries that the freeze will stunt growth and momentum for renewable energy companies and restrict their role in Ohio’s plan to satisfy a new proposal by the EPA. The proposal requires the state to cut carbon dioxide emissions from existing fossil fuel power plants by 28 percent by 2030. To comply, states can invest in renewable energy, shift from coal to gas, and, mainly, install energy efficiency technologies across their electricity system.

Back in Cleveland, perhaps one of the region’s biggest success stories is Quasar Energy, founded in 2006. Quasar uses microorganisms to convert waste—including garbage from FirstEnergy Stadium, where the Browns play—into power for homes and vehicles. The company has built 13 facilities across three states and is installing a 14th in Dayton, Ohio.

Thanks to NorTech, Quasar’s success has reverberated through the state. When the company started, most of the parts it needed were made in Europe. But those orders could take months to fill. So Quasar worked with NorTech to find Ohio manufacturers that could make parts for its digesters, which house the bacteria that breaks down waste in an oxygen-free environment.

“Ohio’s vast manufacturing base gave us a strategic advantage—the opportunity to design custom components,” says Caroline Henry, vice president of marketing for Quasar, in an email. Today, Quasar buys more than 85 percent of its materials from Ohio companies.

Another of the most ambitious projects to take hold in northeast Ohio comes from the Lake Erie Energy Development Corporation (LEEDCo), which hopes to build the first offshore wind project in fresh water on Lake Erie, just seven miles from downtown Cleveland.

“By far our most abundant renewable natural resource is offshore wind,” says Eric Ritter, communications manager for LEEDCo. Ohio can generate 141,000 gigawatt hours of electricity just from offshore wind farms in Lake Erie, according to the National Renewable Energy Laboratory. That’s more than twice the electricity used by all of Ohio’s households in 2011.

Ritter says the seeds of LEEDCo were first planted in conversations between NorTech and the company’s founders. Unlike the parts needed for Quasar’s digesters, many of the components for a wind turbine were already built in the state. “We already have an incredibly well-developed onshore wind supply chain here in Ohio,” says Ritter.

Even though statewide targets for renewable energy are frozen, LEEDCo plans to install a pilot wind project of nine turbines, called Icebreaker, in 2017.

Meanwhile, the only mention of climate in Gov. Kasich’s 2014 State of the State address involved a “business” or “jobs-friendly” one. Instead, his focus has been on Ohio’s economy—and a TV spot produced for his re-election campaign states that he has created 250,000 new jobs.

Advocates of green technology say Kasich’s emphasis on jobs should give the governor further reason to support it. In 2010, Ohio had 105,000 out of the 2.7 million green jobs in the U.S. By contrast, the coal industry employs 2 million Americans, but only 33,000 are Ohioans, according to the Ohio Coal Association.

Cleveland has 24,664 green jobs, which makes up 2.5 percent of all jobs in the region. The unemployment rate in the city hovers around 7 percent, compared to Ohio’s rate of 5.7 percent.

Kasich signed the state budget within a week of rolling back renewable energy targets; in doing so, he also approved a rule change that further impacted Ohio’s wind farms. The new rule says that wind turbines must stand at least 1,300 feet from the nearest property line. Previously, the requirement measured to the nearest house. The American Wind Energy Association issued a press release saying Kasich was “abandoning $2.5 billion in current wind energy projects” by making this change.

The state’s wind industry is the fourth largest in the nation, providing jobs for more than 7,500 Ohioans in 2011. Those jobs are primarily in manufacturing, at 60 facilities throughout the state where wind turbines are built. NorTech estimates that installing wind turbines in Lake Erie could create at least 600 more jobs.

Kasich has said he supports the wind industry and that these provisions will simply protect property owners from hazards such as noise, shadows or falling ice, according to the Cleveland Plain Dealer. His staff did not respond to an email and phone request for an interview.

Kasich has occasionally supported environmental efforts that align with his priorities. He expanded energy efficiency mandates to include credit for combined heat and power systems that make use of waste heat produced when generating electricity. Hagstrand says the state has also contributed to the growth of green technology through the Third Frontier program, a $1.6 billion initiative that has supported fuel cells, photovoltaics, wind power, batteries and biomass.

More political support from Kasich and his fellow Republicans, who enjoy a comfortable majority in the state’s General Assembly, has gone to traditional energy industries: oil, gas and coal. Last year, the number of oil and gas wells in the state increased from 95 to 342.

Recently, LEEDCo collected 8,000 “power pledges” from residents who vowed to purchase power from the future wind farm. A similar program from Mayor Jackson’s sustainability office gave residents the option to buy 100 percent renewable energy or to opt out—and only 50 out of 65,000 chose to stay on coal, even though it was slightly less expensive.

“We’re finding that people are willing to pay a small premium for renewable energy and that they want to do the right thing as long as we can make it accessible and affordable to them,” says Jenita McGowan, the director of sustainability in the mayor’s office.

If NorTech and other civic leaders were right about the great potential of green technology, their investment could be a boon to the region for decades to come. “We were in a place that, probably more than others, needed solutions,” says Kondilas, the lifelong resident. “And the sustainability movement was very quick to try and create solutions that would be long-term.” 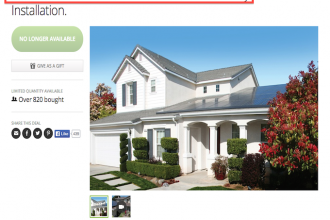 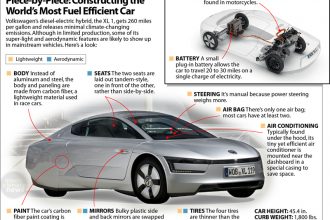 Meet the World's Most Fuel-Efficient Car