The Green Climate Fund‘s job is to eventually deliver tens of billions of dollars promised to the poor nations, and is key to achieving a global agreement at climate talks in Paris next month. Many developing countries have warned they will not sign off any deal without substantial aid from wealthy countries.

“Approving these first projects is an important milestone,” Peru’s Gabriel Quijandria Acosta, a member of the Green Climate Fund’s board, said in a statement. “This first review… has allowed us to reflect on the areas that need to be further enhanced to speed up support to countries that are already experiencing the devastating impacts of climate change.”

The fund’s board faced pressure to leave Zambia with results in hand. The reserve is supposed to be a main conduit for climate aid beginning in 2020, but pledges have fallen short of the goal of $100 billion per year. So far, commitments total only about $10.2 billion. It has also been accused of a lack of transparency and fair oversight.

For some, Zambia only added to concerns about the fund. “It was really a mess,” said climate campaigner Karen Orenstein of the green group Friends of the Earth, who attended the meeting. With Paris looming, she said the fund rushed to review the eight proposals in two months, a process that typically takes 12 to 18 months. It left observers without enough time to review their merits.

Here’s a rundown of the eight projects:

Funding: $217 million over the next five years

Proposed by the Inter-American Development Bank, this project seeks to build a Latin American-Caribbean market devoted to an increasingly popular method of financing clean energy and energy-efficiency projects: green bonds. The participating countries—Mexico, Colombia, the Dominican Republic—won’t receive the money until they can prove that the funds will be fairly distributed.

The KfW Development Bank is proposing a new government unit in Bangladesh called the Climate Resilient Local Infrastructure Centre to climate-proof infrastructure. Bangladesh, tucked between India and Myanmar in Southeast Asia, is at grave risk of climate-related flooding, tropical cyclones and droughts. One of the proposed unit’s goals is to build new storm shelters and retrofit existing ones. The Green Climate Fund will release funds only after it receives updated project cost estimates and more details about implementation.

The Republic of Fiji, a collection of islands in the Pacific Ocean, already struggles with supplying enough clean water to its residents, and climate change is expected worsen the problem. A seven-year project developed by the Asian Development Bank would build new infrastructure to tap into the local Rewa River system and expand wastewater management systems. Funding will flow in the coming months.

The charity Acumen, headquartered in New York City, proposes to bring off-grid solar and other clean energy technologies to Eastern Africa, starting with Rwanda and Kenya. Much of Africa struggles to provide a lack of reliable electricity in rural communities. Acumen will work with groups on the ground to construct 10 to 15 off-grid clean energy campaigns. Before this project gets off the ground, however, Acumen needs to get accredited to distribute the funds.

Scientists say that the combination of sea level rise, higher soil salinity levels, and increasingly variable rainfall could lead to shortages of drinking water in the Maldives, an archipelago in the Indian Ocean. Some of the Maldives’ outer islands already experience water stress during the dry season. The United Nations Development Programme has proposed a five-year plan to strengthen the region’s water system by improving rainwater capture, using tools to desalinate water as well as safeguard groundwater reserves.

Name: Scaling Up the Use of Modernized Climate Information and Early Warning Systems in Malawi
Location: Malawi

This project’s objective is to reduce the vulnerability of Malawians to extreme weather and other climate impacts. Developed by the United Nations Development Programme, the plan is to improve the African island nation’s ability to measure, model and analyze local climate risks and then distribute the results to farmers and other residents. This project is slated to receive funding within four months and is expected to take six years to complete.

Name: Increasing the Resilience of Ecosystems and Communities through the Restoration of the Productive Bases of Salinized Lands (in Senegal)

Large swaths of Senegal in northwestern Africa suffer from high levels of salt content in the soil. Land salinization is the result of persistent drought, rising sea levels and increasing temperatures, among other thing—and climate change will continue to make it worse. While several groups are already tackling the issue, this project, proposed by Senegalese organization Centre de Suivi Ecologique (CSE), is designed to improve coordination and management. However, CSE needs to be properly accredited before the project is funded.

Name: Building Resilience of Wetlands in the Province of Datem del Marañón, Peru

Proposed by the environmental nonprofit Profonanpe, this project seeks to curb the deforestation of Peruvian wetlands, a major source of carbon emissions. If successful, this five-year project would entrust the management of the wetlands to indigenous communities; help them develop a sustainable way of living that doesn’t involve cutting down trees; and keep the equivalent of 2.63 million tons of carbon dioxide from entering the atmosphere. Because it’s unclear whether all the affected communities support the plan, Profonanpe must provide clear written consent from all the participating groups before the project is funded. 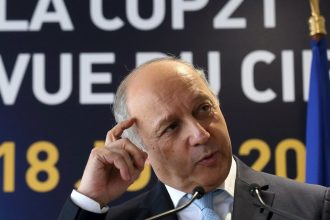 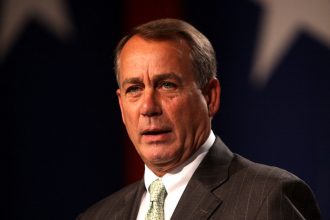 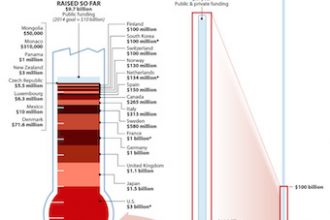 Graphic: Who Pledged What to Climate Fund?