Not all states are suspending work on the Clean Power Plan despite the Supreme Court’s bombshell decision on Tuesday to put a temporary hold on the tight new rules that are at the heart of the Obama administration’s climate policies.

Officials from more than a dozen states said they will continue the work they had already begun to comply with the plan. That includes meeting with stakeholders, modeling energy and emissions scenarios and writing early drafts of implementation schemes that would fulfill the plan’s requirement for states to steeply cut carbon dioxide emissions from coal-fired power plants over the next several decades to combat global warming.

“We haven’t taken our foot off the gas pedal,” said John Quigley, secretary of the Pennsylvania Department of Environmental Protection.

Mary Nichols, chair of the California Air Resources Board, said in a statement she is “confident that the Clean Power Plan will prevail.”

“California will not slow down our drive for clean air, renewable energy, and the good jobs that come from investing in green technologies,” Nichols said.

California, a strong proponent of the Obama policy, had told the appeals court currently reviewing lawsuits against the Clean Power Plan that a stay would significantly complicate its efforts to manage its own strict controls on emissions across its economy. That includes work on its existing cap-and-trade limits on carbon dioxide.

Many states are more recalcitrant.

The stay comes as the U.S. Court of Appeals for the District of Columbia Circuit prepares to hear a lawsuit by more than two dozen states and their allies in the fossil fuel industry. Oral arguments are set for June, allowing time for a decision by late summer and, no matter which way the circuit court rules, an appeal to the Supreme Court during the session that begins next October.

The Supreme Court’s early intervention, unprecedented under the circumstances, was a surprise to state and federal agencies, environmental policy experts and green groups alike.

For now, it allows the states to move as quickly or as slowly as they choose. Had the plan remained in force, states had a September deadline to start submitting proposals for how they would comply with the emissions cuts. But the Supreme Court order will likely tie up the plan for at least another year, said Vicki Arroyo, an expert in environmental law and the executive director of the Georgetown Climate Center, which has counseled dozens of states on the Clean Power Plan.

Most likely, the plan would not be enforceable until after President Obama leaves office. None of the leading Republican candidates for president support it.

Still, major environmental groups and the Obama administration are confident of winning in court—and the EPA says it will help states move toward eventual compliance, despite the legal delay.

“For people to be signaling that this stay means the whole plan will definitely be thrown out, that isn’t warranted,” Arroyo said. “Most states are saying they were surprised, as we all were, but they are moving forward…If anything, it should just give more time for these discussions to play out.”

States and environmental advocates said the U.S. is already moving away from coal, the dirtiest fuel in the electricity mix, thanks to improvements in efficiency and competition from natural gas and renewables like wind and solar.

“Whether the Clean Power Plan succeeds or fails, our energy market is changing,” said Quigley. “When you layer on top of that the urgency of climate disruption, we are going to have work to do. Job number one is to chart a new course for Pennsylvania’s energy future.” 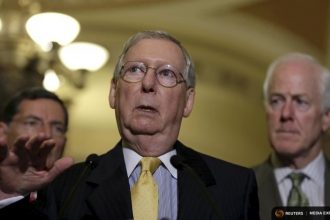 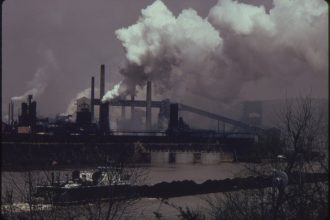