An international agreement to reduce the use of potent greenhouse gases in air conditioning and refrigeration went into effect this year, with more than 60 countries ratifying it. U.S. manufacturers say the agreement could create tens of thousands of jobs and generate billions of dollars in U.S. exports—and that failing to join will hurt U.S. industry.

More than a dozen Republican senators and the U.S. Chamber of Commerce have supported it, and a State Department official said over a year ago that the Trump administration had “initiated the process to consider U.S. ratification.”

Yet the U.S. president has yet to ratify the agreement, known as the Kigali Amendment.

So, what’s holding it up?

Three Theories and a Pointed Finger

The Kigali Amendment is about global warming. That may help explain the delay, said George David Banks, who has some insight after advising Presidents Donald Trump and George W. Bush on climate policy.

The amendment expands the existing ozone-saving Montreal Protocol to phase down hydrofluorocarbons (HFCs), short-lived climate pollutants that are more potent than carbon dioxide over the short term.

And as Banks explained: “If you acknowledge the problem, then you have to do something about it.”

Durwood Zaelke, president of the Institute for Governance & Sustainable Development, sees another connection—to the Obama administration’s support for the measure. “President Trump sees something that is inherited from President Obama, he has to get over that hurdle,” Zaelke said. “Then he sees it’s an environmental issue, he has to get over that.”

“They have made it clear that they have not been supportive of multilateral agreements,” said Kevin Fay, executive director of the Alliance for Responsible Atmospheric Policy, a refrigeration and air conditioning industry group that formed in the 1980s to address ozone depletion.

At a Senate hearing on Jan. 16, Sen. Tom Carper (D-Del.) suggested another source of delay: the Environmental Protection Agency.

Carper told Acting EPA Administrator Andrew Wheeler he had learned that Bill Wehrum, who heads the EPA’s Office of Air and Radiation, and other EPA officials had attended inter-agency meetings to discuss the Kigali Amendment. “I have also been informed that EPA officials have stated at these meetings that EPA does not wish the treaty to be submitted for ratification,” Carper wrote in his follow-up questions to Wheeler.

Wheeler, who was EPA’s deputy administrator before he took leadership of the agency when Scott Pruitt resigned, replied that the Trump administration meetings on the issue occurred prior to his becoming acting administrator.

“I have not been briefed on this issue by my career staff and I am reserving judgment until that time,” he wrote in a response submitted on Jan. 28. He also refused to turn over an EPA study that Carper said demonstrates the value of the Kigali Amendment.

The White House did not respond to a request for comment.

Why Lack of Action Worries Industry

More than a dozen Republican senators and the U.S. Chamber of Commerce have urged Trump to back the Kigali Amendment, saying developing alternatives would protect U.S. economic interests.

The U.S. air conditioning and refrigeration industry agrees. A report published last April by two trade groups—the Air-Conditioning, Heating, and Refrigeration Institute and the Alliance for Responsible Atmospheric Policy—found that by 2027, the Kigali amendment would increase U.S. manufacturing jobs by 33,000, increase U.S. exports by $5 billion, and reduce imports by nearly $7 billion.

“Without Kigali ratification, growth opportunities will be lost along with the jobs to support that growth, the trade deficit will grow, and the U.S. share of global export markets will decline,” the report concluded.

There two key reasons for that concern:

“You have other governments and other countries that have ratified either enticing investment in their countries or using it as an argument against U.S. technologies allowing other competitors, whether it’s Europe or Japan or China to come in and capture that market,” Fay said.

Republican senators sent a letter to Trump last year urging him to ratify the amendment, saying it would “protect American workers, grow our economy and improve our trade balance.”

Some of the president’s frequent policy whisperers have spoke out against the Kigali Amendment.

The conservative Heritage Foundation argued that it’s about climate change and would “restrict consumer choice.” The Competitive Enterprise Institute opposed the amendment on grounds that it would raise consumer costs in a letter sent to Trump in July.

The industry trade groups, however, dispute that claim.

Chemical refrigerants make up less than 1 percent of the lifetime costs of commercial and residential air conditioning, an industry report published in November said. It concluded that the Kigali Amendment “can be accomplished without an increase in costs to the U.S. consumer, and in some cases can generate savings.”

If the United States and the rest of the world ratify the treaty, the planet could avoid up to half a degree Celsius of additional warming by 2100, according to estimates.

“This is a muscular treaty,” Zaelke said. “This is just incredibly effective.”

Even the U.S. Chamber of Commerce, which has opposed international action on climate change, has expressed strong support for the Kigali amendment, calling it “a win for the environment and the U.S. economy.”

Congress could meet the goals of the Kigali Amendment without ratification by passing legislation that would implement the phase down of HFCs. Carper and Sen. John Kennedy (R-La.) introduced legislation last year to do that, but it never reached a vote.

Industry groups, meanwhile, say they will continue to advocate for the amendment.

“It really makes sense to support a system that allows for American companies to take the lead in and provide this, not only for the U.S. but the rest of the world,” said Joe Johnson, executive director of federal regulatory process review and analysis for the U.S. Chamber of Commerce. “I think sooner than later would be better on this issue.” 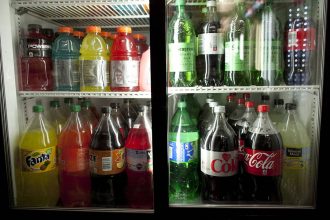