Brushing aside objections by ExxonMobil, New York’s highest court has opened the door for state officials to demand that the oil giant’s outside auditor immediately turn over records as part of a fraud investigation into the company’s positions on climate change.

In a one-sentence rebuff, the court refused to hear arguments by Exxon that the advice of the firm, PricewaterhouseCoopers (PwC), was protected by an auditor-client privilege.

The documents in question could provide a candid, and potentially damaging, glimpse into Exxon’s private calculations of the business risks posed by climate change and whether its auditors had any concerns about how it disclosed those risks to investors.

New York Attorney General Eric Schneiderman, who has been investigating the company for more than two years, said the ruling affirms his position that Exxon and PwC have an obligation to produce the documents subpoenaed last year.

“As we’ve said from the start, Exxon had no legal basis to interfere with PwC’s production” of those documents, Schneiderman said in a prepared statement. A lower court had ruled against Exxon, which then appealed. “Our fraud investigation continues to move full speed ahead, despite Exxon’s continued strategy of delay,” Schneiderman said.

Exxon did not respond to a call for comment. Caroline Nolan, a spokeswoman for PwC, said the company did not have any comment. PwC has remained neutral in the legal fight but has honored Exxon’s request to withhold the documents, pending the outcome of the litigation.

Investigators for Schneiderman subpoenaed PwC records relating to Exxon’s assessment of the risks to its business from climate change as part of a financial fraud investigation opened in 2015.

Exxon maintained that Texas law allowed PwC to withhold the records because of a privilege similar to that protecting conversations between attorneys and their clients.

A Manhattan court ruled in Schneiderman’s favor last year, saying the Texas accountant-client privilege law Exxon was invoking to block the subpoena carried no weight in New York, setting the stage for the appeal rejected by the New York Court of Appeals on Tuesday.

David Shapiro, an assistant professor of Public Management at New York’s John Jay College of Criminal Justice, said the ruling is a significant victory for investigators.

“It’s definitely not good for Exxon. It opens the door for investigators to now see whether the auditors had any serious issues with Exxon’s position on [climate] disclosures,” said Shapiro, a forensic accountant and former FBI agent who specialized in financial crimes.

Records held by PwC, a company known for its skill in reviewing climate-related risks faced by fossil fuel companies, could be some of the most candid documents revealing Exxon’s assessment about the risk climate change posed to its business.

Schneiderman’s subpoena seeks PwC records from 2010 to the present related to risks to Exxon’s profits from regulations limiting the emission of greenhouse gases, policies discouraging the use or development of fossil fuels; and the potential effects of climate change on the price of oil, gas, and other hydrocarbons. 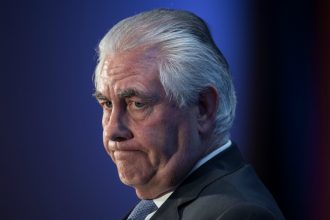