ROCKY HILL, Conn.—Bryan Garcia, president of the Connecticut Green Bank, said he knew five years ago when it was created that it would be an important model for funding clean energy projects.

He didn’t know it might become critical for funding them.

In the face of a Donald Trump presidency that dismisses climate change and threatens to ignore its solutions, the future of clean energy may rely heavily on new approaches like the ones pioneered by the Connecticut Green Bank, the first-ever statewide one. The bank’s mission is to leverage limited public money into even more private investment in clean energy so eventually there is no need for public money. That would create jobs, lower energy costs and reduce greenhouse gas emissions.

“The green bank model may be an attractive tool under a Trump presidency,” Garcia said. “Public-private partnerships like ours spur investment in local clean energy economies that create jobs and ultimately mitigate greenhouse gas emissions.”

The Connecticut bank said it has surpassed $1 billion in money put in play—some for loans, other money for default security— with an average of $6 in private funding created from every $1 in public money. It has designed a dozen or more clean energy and efficiency financial products, programs and marketing efforts. Best known is its heralded Commercial Property Assessed Clean Energy, C-PACE, program that is transforming how commercial properties finance clean energy and energy efficiency improvements.

The bank says it has created nearly 215 megawatts of clean power across more than 20,000 projects, the equivalent of nearly 13,000 jobs directly for clean energy companies and other businesses that benefit from clean energy, and saved more than 2.6 million tons of carbon dioxide from being emitted.

Initially the private banking community saw the bank as competition, but has come around so much that two early popular programs are now run solely by private banks. Officials say several private companies have launched specifically because of opportunities created by the bank’s success.

“It’s exceeded all expectations,” said Reed Hundt, the founder and chief executive of the nonprofit Coalition for Green Capital. Hundt, a former commissioner of the Federal Communications Commission under President Bill Clinton, sits on the Connecticut Green Bank board of directors.

The green bank idea was hatched by Hundt and Dan Esty, a Yale University professor specializing in business, law and the environment and a former EPA official, while both were working on President Obama’s transition team.

Esty had long espoused the concept that clean energy and combating climate change could create new businesses and jobs. In 2011, he became commissioner of Connecticut’s Department of Energy and Environmental Protection and the Green Bank was born.

“Your goal is to get people into the real market where they can operate without government support or subsidy,” said Esty, who is no longer commissioner. He believes industry, not government, should pick technologies. “The key role of government was to de-risk the flow of funds into clean energy.”

The bank replaced the Connecticut Clean Energy Fund, a quasi-governmental organization funded by $27 million annually in electricity ratepayer fees given out as rebates.

The bank still gets those ratepayer fees along with just under a quarter of the state’s proceeds from the Regional Greenhouse Gas Initiative auctions and periodic federal government and nonprofit grants.

But now that money is used mostly for loans and other mechanisms to draw private investment.

Garcia and Bert Hunter, a veteran banker hired as the bank’s chief financial officer, learned early they would have to more than just show up with money to get private banks to work with them. They would have to invent programs; explain to banks, developers and contractors how they would work; market the programs and financial products; and invest so others could see the bank wasn’t afraid to risk its own money.

“Our role is to get things started,” Hunter said.

David Cantor, senior vice president and business banking team leader for First Niagara, recently purchased by KeyBank, said Hunter smoothed the way for his bank to invest in a commercial solar lease financing program as a first foray into clean energy financing. His bank has now committed more than $17 million to the program.

“They would come to us and they would say ‘here’s project X,’” he said. “’We’ll provide a guarantee or we’ll provide some financing behind you or we’ll make sure we’ll facilitate the contracts.’”

The experience made them confident enough to finance a small hydro project and an anaerobic digester in Connecticut and solar projects in Massachusetts and New York.

Webster Bank had also never done clean energy financing before it got involved with a 1.4 megawatt fuel cell installation. The Bank walked Webster through the basics of clean energy, fuel cells, third-party ownership and kicked in 20 percent of its own money to buy down what Webster had to finance.

“Without the grant,” said Carolyn Morrison, Webster’s vice president for commercial banking, “We might not have financed the full value.”

Something for Everyone, Almost

The most versatile of the bank’s products is the Smart-E loan, a low-interest, all-purpose clean energy and energy efficiency loan for homeowners.

Across the state, 10 community banks and credit unions handle the loans. They can be used to purchase solar systems, install insulation and windows and even convert from oil to natural gas heat.

“Once we understood the nature of how it was going to work,” said Brian Skarda senior vice president for residential and consumer lending at Union Savings Bank, “it really didn’t take much convincing at all.”

For every dollar the Green Bank has put into the Smart-E loan program, banks like Union Savings have contributed $10, the most dramatic leverage rate in the Green Bank’s portfolio.

The Bank also started two residential solar-specific loans, one for purchases and one for leases. The lease loans have now migrated to private leasing companies only, such as SolarCity. One purchase loan program also migrated to the private sector, helping a Massachusetts startup called Sungage Financial survive.

After a terrible experience trying to find a loan for a solar system on her own home, Sungage founder Sara Ross took an idea to the Green Bank: base the loan on long-term electricity savings, not equity in the home itself. The pilot project produced 280 loans worth nearly $6 million. Sungage’s loan program has been scooped up by Digital Federal Credit Union and now operates in seven states.

Finding the Green Bank, Ross said was “like winning Megabucks.”

Property assessed clean energy (PACE) programs provide loans for clean energy and efficiency upgrades that can be paid back through assessments on property tax bills. Connecticut’s C-PACE isn’t the first of these; 25 states already had something similar, but the Green Bank perfected it for commercial properties.

It’s designed so the energy savings more than cover the loan—which can be for 100 percent of the cost with payback over up to 20 years. If the property is sold, the remaining loan goes with it. The bank partnered with the clean energy financing group Hannon Armstrong to provide $100 million for the program.

But what the bank did more than anything was work out a compromise over who would get paid back first if the property owner defaulted on the loan, a problem for many PACE programs. So far, the bank has been successful in getting 124 of the Connecticut’s 169 municipalities, accounting for 95 percent of the state’s commercial and industrial space, to agree to use C-PACE.

More than 150 projects worth about $95 million have been financed through C-PACE.

“C-PACE really made us able to tackle big energy savings projects that would have been far outside our ability,” said Brett Wilderman of Forstone Capital, who said the savings are even higher than anticipated on the two projects his firm launched.

The bank also finally found success in the hard-to-crack low-income market by partnering with PosiGen, a solar company created in Louisiana after Hurricane Katrina. In less than two years, it has installed more than 500 systems in Connecticut, impressing chief executive Tom Neyhart so much, he’s moved his northeast base to the state.

Many like Neyhart see the bank as a model for other states, only a few of which have any form of green bank, and as the backbone for a national green or infrastructure bank.

“The circumstances in each state will be different,” said Dan Reicher, the executive director of the Steyer-Taylor Center for Energy Policy and Finance at Stanford University. He considers Connecticut C-PACE among the top clean energy finance models, but while he called green banks a good model, he noted that needs, political leadership and utility regulations can differ radically from state to state.

But there are lessons for other states from Connecticut, Esty said. Those include a solid legal framework, a bipartisan policy backbone from government that doesn’t dictate all the specifics, attention for the concerns of all participants. But lesson number one, he said is, “Change is really hard to deliver even when the status quo plainly is not working. There will be opposition.” 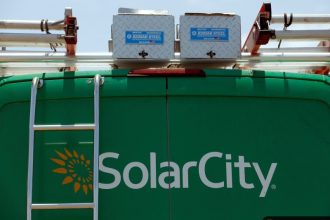 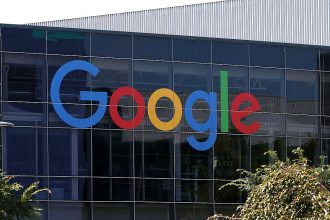 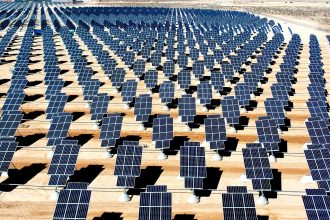