As a meeting of senior Arctic officials drew to a close Friday, U.S. Ambassador David Balton delivered the message that the United States’ policy on Arctic issues hasn’t changed under President Trump—yet.

Senior officials from the eight Arctic states gathered in Juneau, Alaska, last week to prepare for the end of the United States’ two-year chairmanship of the Arctic Council and for the handing of that torch to Finland.

The Arctic Council is the intergovernmental body charged with coordinating the eight Arctic states: Canada; Denmark, including Greenland and the Faroe Islands; Finland; Iceland; Norway; Russia; Sweden and the United States—along with a number of observer nations, indigenous groups and organizations.

The United States’ time as chair, which will end in May, began with a strong emphasis on climate change and on raising the profile of Arctic issues within the United States, with President Obama creating a new position to work with the council, U.S. Special Representative for the Arctic. Obama’s secretary of state John Kerry named retired Coast Guard Adm. Robert J. Papp Jr. to the post.

Now, the Trump administration has signaled steep budget cuts are ahead for agencies dealing with environment and climate issues—as well as to the State Department, which represents the United States on the council. Papp stepped down late last year, and Trump has not indicated whether he will fill the post.

So far, though, it appears the agenda for the U.S. chairmanship that was set two years ago—which included improving economic and living conditions in Arctic communities; Arctic Ocean safety, security and stewardship and the impacts of climate change—remains intact.

“I think it’s fair to say that there has been no fundamental change in the way the United States participates in the Arctic Council—yet,” Balton said at a press conference. “This administration … may wish to put its own stamp on Arctic policy,” but so far, it has not happened.

“We of course are in touch with the new administration,” he said. “And for the most part now our guidance now is to keep doing what we’re doing.”

Balton dismissed rumors that Trump and Russian President Vladimir Putin might attend the council’s ministerial meeting in May and said there is no word yet whether secretary of state Rex Tillerson, technically the chair of the council, will be there. The past three Arctic Council ministerial meetings have been attended by the sitting secretary of state.

The May meeting will include the unveiling of Finland’s priorities for its chairmanship. A draft list of priorities includes education, meteorology, improved information technology and connectivity, as well as implementation of the Paris climate agreement.

Traditionally, the Arctic Council has been a space where work has been accomplished regardless of political tensions in other spheres. Russia, for instance, has continued to work productively with the council through U.S.-led sanctions against it.

Balton and others have said they expect that that will be the case with the Trump administration. 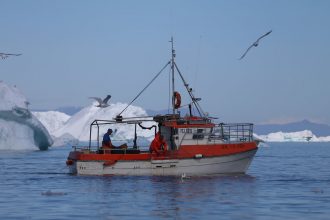 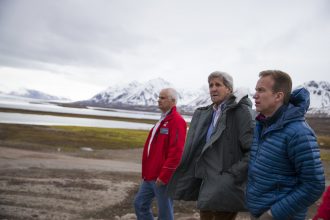 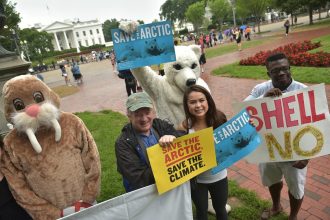