Benji Backer, the young president of the American Conservative Coalition, said he noticed a change at the Trump White House beginning this spring when it came to environmental issues.

President Donald Trump‘s staff was interested in hearing more from his group, made up of conservative environmentalists from 130 college campuses. Backer co-founded the coalition soon after Trump took office out of frustration with the absence of a Republican agenda on environmental issues—particularly on climate change.

This week, Backer had a seat in the East Room of the White House for a carefully orchestrated ode to Trump’s self-proclaimed environmental achievements.

Did Backer find Trump’s speech and the chorus of praise from his political appointees convincing? Not entirely.

“There’s no doubt this administration has to do more on the environment and on climate change,” said Backer, a 21-year-old from Appleton, Wisconsin, who is entering his senior year at the University of Washington. “But that’s why this event was a good step in the right direction. Before, there was no conversation from the president on these issues, except for the occasional climate denial quote.”

“We’ve constantly told them this is something they’ve got to focus on,” Backer said.

The White House event on Monday was one of several recent signs that Trump and his advisers are, indeed, trying to paint a new green sheen onto an administration that has abandoned climate action and is still working relentlessly to roll back protections for clean air, water and land.

The White House reportedly has also put on indefinite hold a long-planned “red team-blue team” debate of climate science that was being organized by the most virulent science deniers among the president’s advisers. “We take climate change seriously,” Andrew Wheeler, administrator of the Environmental Protection Agency, said in a National Press Club address in June, just before his agency scrapped the Obama administration’s rules to reduce carbon emissions from power plants.

Climate Concerns on the Electoral Map

With the 2020 campaign now in full swing, and climate change a top tier issue for the Democratic presidential contenders, Trump’s record of science denial and environmental retreat is a jarring contrast.

Cognizant of the realities of the electoral map, Trump has clearly decided to make a change—not in his policies, but in his image—political observers say. The New York Times reported that this week’s speech came in response to his campaign pollsters’ finding that the president’s environmental stance was a critical weakness.

“Climate change has become one of the most important issues for Democrats, but it’s also sneaking up there for Republicans, particularly those under 40,” said Beth Youra, vice president for quantitative research for Luntz Global Partners.

Recent research by GOP strategist Frank Luntz’s shop showed that 58 percent of young Republicans, and a third of those over 40, said they were more concerned about climate change now than they were a year ago.

“As Trump tries to expand every part of his coalition, and keep those electoral college votes in his favor, this is definitely one area where, for younger GOP voters who might be a little less with him on other things, he can show he’s with them on this,” Youra said. “In states that put him over the edge [in 2016]—Michigan, Wisconsin and Pennsylvania—you can see his approval ratings greatly dipping there, and so if he doesn’t do something to get some of those moderate ‘let’s give this guy a try’ voters back, he’s going to have a problem.”

Electoral-map considerations may also help explain why a businessman from another crucial swing state—the owner of a Florida bait-and-tackle shop who worries about toxic algae hurting his business—was invited to the podium to sing praise of Trump’s environmental record during Monday’s event.

But it’s not a given that Trump’s interest in toxic algae in Florida’s Lake Okeechobee, a problem fed by agriculture runoff and exacerbated by rising temperatures, will deflect focus from the existential threats to Florida’s coasts. Trump did accelerate a dike-strengthening project on the lake last year with a promise of federal funding, but the $63 million he requested for Everglades restoration in his fiscal 2019-20 budget fell far short of the $200 million sought by Florida’s Republican senators.

As for climate change, the president never mentioned the words in his environment speech, though he did talk about America’s progress in carbon emissions reductions.

“He’s trying to obfuscate the debate itself,” said Paul Bledsoe, a strategic analyst for the Progressive Policy Institute who was an environmental adviser to President Bill Clinton. “He’s trying to pretend that climate change is relatively minor and conflate it with other measures of environmental protection.”

Bledsoe thinks the president is trying to head off more generalized voter dissatisfaction over his administration’s response to recurring wildfires, floods, intense storms and drought.

“What he’s trying to do is quite difficult,” said Bledsoe, “and that’s address anxiety about extreme impacts from climate change without talking about the issue directly.”

And that’s because even while Trump attempts to appeal to voters concerned about the environment, he can’t abandon the supporters and donors who have embraced his fossil fuels-focused agenda, said Capri Cafaro, a former Ohio state senator who now teaches political science at American University.

“He’s trying to walk a fine line between trying to acknowledge to a portion of the American public that he cares, at the same time that he doesn’t want to ruffle the feathers of his base, particularly those in energy-rich states,” Cafaro said.

That constituency was also represented in the East Room during Trump’s speech: Myron Ebell, director for the Center for Energy and Environment at the industry-funded, anti-regulatory think tank Competitive Enterprise Institute, who led the environmental transition team for Trump, said he generally thought the president did a good job, although he would have preferred that he not take credit for U.S. carbon emissions reductions. Ebell, who dismisses what he calls “climate change alarmism,” anticipates that carbon emissions will rise under Trump’s economic policies.

“It seems to me that the Trump reelection campaign is telling him he needs to broaden his appeal and show that he is not opposed to environmental quality,” Ebell said. “I think the president made a good case for his record, but I think there were a few dissonant notes that stuck out.”

Ebell’s group this week petitioned NASA to remove from its website the finding that 97 percent of climate scientists agree humans are responsible for global warming. And he said that CEI will likely challenge the EPA’s weak replacement for the Obama Clean Power Plan; his group argues there should have been no replacement. That’s not to say that Ebell is unhappy with Trump. “I’m encouraged, and excited every day, even though it’s not perfect,” he said.

“We’re going to continue to poke and chip away” at federal policies that treat greenhouse gases as a danger to health or the environment, he said.

Trump, meanwhile, is a long way from taking the sort of action recommended in a memo that Luntz has circulated on Capitol Hill—that the federal government establish a carbon pricing system with dividends returned to households.

Luntz’s client, the Climate Leadership Council, a coalition of industry and environmental groups, argues it is an approach to climate change that could garner bipartisan support. In an infamous 2002 memo to President George W. Bush’s White House, Luntz once urged Republicans to continue to raise doubt about climate science. “Should the public come to believe that the scientific issues are settled, their views about global warming will change accordingly,” the memo said. Luntz’s more recent polling suggests that time is now here.

Backer believes that the proposals for aggressive government intervention on climate change embodied in the Green New Deal (a proposal Trump criticized in his speech) are forcing a rethinking on climate change, not only at the White House, but among Republicans in general. 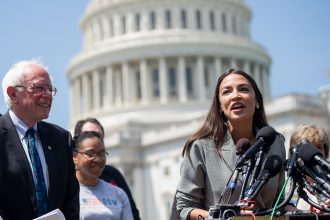 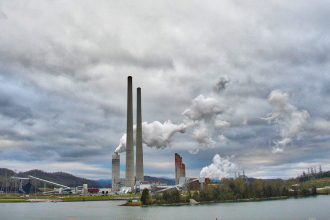