Republican Lindsey Graham of South Carolina has for years portrayed himself as a climate champion, but his ardent support for a president who has dismantled climate policy has environmentalists determined to unseat him.

Their hopes are riding instead on a political newcomer, Democrat Jaime Harrison, a former aide to Rep. James Clyburn (D-S.C.) and the first Black leader of the South Carolina Democratic Party.

In what they say, Graham and Harrison don’t seem to be that far apart on climate. But Graham, despite his avowals and involvement in climate legislation in the past, has not delivered any tangible successes.

Graham has had a lock on his South Carolina Senate seat for the last 18 years. No Democrat has represented the state in the Senate since 2004.

“Graham is the odds on favorite,” said political science professor H. Giggs Knotts, interim dean of the School of Humanities and Social Sciences at the College of Charleston. “Republicans have a big advantage in South Carolina. All the statewide elected officials are Republicans,” and the party is well organized, he said.

But in August, two polls showed the candidates neck-and-neck, indicating that Harrison’s attacks on Graham—among other things, Harrison said Graham had turned from a vocal Trump critic to a supporter—were working, though the Cook Political Report was still showing the race leaning toward Graham.

Five years ago, Graham described Trump as a “race-baiting xenophobic religious bigot,” and he has referred to him as a “nut job” and “ill-suited for the presidency.” Now he golfs with the president and is among his biggest backers. In June, Graham explained his change of heart, telling The Post and Courier of Charleston, “I like the direction President Trump has taken us, on policy, and I think the people of South Carolina did not want me to take my ball and go home.”

Graham has long said he agrees with scientists who say humans are causing climate change. But he does not have a record of success in furthering action to address the threat to the planet.

In 2010, he played a key role in President Obama losing his best chance of getting climate legislation through Congress. Graham offered to come up with a bipartisan alternative to the cap-and-trade bill that the House passed the previous year, and then-Sen. John Kerry (D-Mass.) and Connecticut independent Joe Lieberman joined him, in what became a months-long effort.

But Graham never was able to bring along a single fellow Republican, and on the weekend before the bill was introduced, Graham himself abruptly pulled his support, citing partisan politics.

Facing reelection in a state that’s confronted by global warming and  supports an ocean-based tourism economy, Graham has tried to polish some green credentials. Cities like Charleston are experiencing more sunny day floods from the higher tides of a rising Atlantic Ocean, and the state is all-too-familiar with the damaging effects of tropical storms and hurricanes. The prospect of off-shore oil drilling isn’t popular in a state that celebrates its beaches and tourism.

In the last year, Graham has said Republicans need to develop a climate strategy and was one of seven GOP members to join the bipartisan Senate Climate Solutions Caucus, whose goal was to come up with legislation to reduce greenhouse gas emissions using “market-based approaches.”

Graham also held a hearing on ocean plastics, and co-founded a joint House and Senate Roosevelt Conservation Caucus, which seeks to restore President Teddy Roosevelt’s environmental legacy in the Republican Party, an effort to mount a GOP response to the Green New Deal. “We’re either going to have a relevant position on the environment or begin to lose ground,” Graham told The Post and Courier.

Neither caucus came up with any climate action proposals, but Graham and two fellow Roosevelt caucus members were instrumental in spurring passage this summer of the Great American Outdoors Act, which directs $10 billion to addressing the National Park Services’ deferred maintenance backlog.

Early in the Trump administration, Graham took one vote that slowed down the president’s drive to dismantle climate legislation, joining with his close friend, Sen. John McCain (R-Ariz.) and Sen. Susan Collins (R-Maine) to vote against a Congressional repeal of the Obama administration’s rules on methane emissions from oil and gas operations on federal land. That vote, which surprised many observers, forced the Trump administration to undertake a lengthy administrative process to repeal and replace the regulation, which it completed this summer.

But last year, Graham cast a vote in support of the administration’s repeal of Obama’s signature climate policy, the Clean Power Plan, and has voted in line with the White House position 87 percent of the time, according to tracking by FiveThirtyEight. He has just a 13 percent lifetime environmental voting score from the League of Conservation Voters, and has called progressive Democrats’ Green New Deal “crazy economics.”

Graham’s campaign touted his cosponsorship with Sen. Sheldon Whitehouse (D-R.I.) of a bill that would establish a new energy efficiency research and development program for certain industries as an example of bipartisan climate action he now supports. And he did call on Trump to stay in the Paris climate agreement; Trump did not take that advice.

Climate may not be a central issue in this South Carolina election. But increasingly, South Carolina voters are becoming concerned about the climate, even if this race is playing out more along the broad brush strokes of Graham attacking Harrison for being too liberal and Harrison making the case that Graham is too close to Trump, said Knotts, the College of Charleston professor. “I do think it’s an area that Harrison can use,” Knotts said of climate.

Harrison told CNBC that he would see dealing with climate change as part of his legacy. “I think about the world that we leave behind for our children. The climate change issue is real and we are seeing its effects right here in South Carolina.”

Harrison is running in large part on his biography—son of a teenage mom, raised by grandparents in poverty, he used education as his way to get ahead. As his campaign website says, he went from a mobile home to Yale University and Georgetown Law. His campaign did not respond to questions from InsideClimate News.

Harrison’s website describes climate change as “an existential threat to our coastal communities, and it is beginning to affect areas that previously never had to consider emergency preparation.” The website says Harrison will “take action to make our coastline resilient, protecting our clean air and water, reduce our dependency on fossil fuels,” without saying what those actions would be.

For Graham to win, he needs to make sure he doesn’t make any mistakes and that he can get a good turnout. In an election where his ties to Trump and the coronavirus are likely to be high in voters’ minds, he probably won’t be penalized for his failure to deliver a bipartisan solution on climate change 10 years ago.

Harrison will need to find some magic to win in a state where Trump is expected to prevail by a sizable margin. But FiveThirtyEight polling in early September suggested Trump had lost some support in a state the president won by 14 percentage points in 2016, and that could be trouble for a candidate like Graham, who has tethered himself to the president. Without a sizable backlash against Trump in South Carolina, though, Graham probably will be headed back to Washington, where climate voters will be watching to see whether Graham can move beyond the rhetoric of climate change. 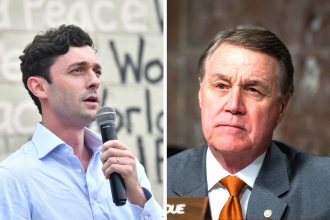 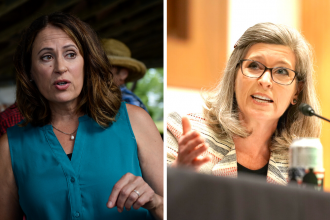