For decades, some of the most effective ways of cutting carbon dioxide emissions have been to find ways to burn less fuel. Think of the Honda Civic in your garage that can go for more than 40 miles per gallon of gasoline on the highway, or the natural gas furnace in your basement that is more than 90 percent efficient.

But now it’s time to focus less on eking out gains in efficiency from burning fossil fuels, and more on getting people and businesses to cut fossil fuels out of their lives, according to Jan Rosenow, director of European programs for the Regulatory Assistance Project.

“You could try to squeeze out more efficiency out of a petrol or diesel car,” Rosenow, who is based in Belgium, told me. “Or you could simply make the switch to fully electric.”

The larger point is that the idea of energy efficiency needs to be reinvented for an era in which incremental improvements are no longer good enough.

He made his case in a recent essay in the journal Energy Research & Social Science, co-written with Nick Eyre of the Oxford University Centre for the Environment.

It is a sweeping argument that would reshape the government offices that oversee energy incentive programs, and the companies and individuals for whom the burning of fossil fuels is interwoven into daily life.

Rosenow says the benefits of making fossil fuel plants more efficient are not large enough if the goal is to get to zero emissions as soon as possible. And that goal is not some lark. Getting to near-zero emissions is essential for protecting human life from the effects of climate change, according to the Intergovernmental Panel on Climate Change and many others.

Rosenow and Eyre are building on previous research about the role of energy efficiency in an economy that needs to rapidly cut carbon emissions. They cite a 2015 paper by Dian Grueneich of Stanford University that looked at how efficiency might fit into California’s climate goals. One of the paper’s conclusions was that “energy efficiency outcomes must be integrated with a carbon reduction framework,” which also could serve as a good summary of Rosenow and Eyre’s essay.

I mention the previous paper to help show that they are not talking about new ideas. What’s changed is a ramping up of the urgency.

Despite the urgency, many of the government offices and companies that are at the forefront of energy efficiency programs and activities have been “asleep at the wheel,” Rosenow said.

“I think what the energy efficiency community needs to realize is that the world is now quite different to what it used to be,” he said. “Renewables have gotten so much cheaper. I mean, when you look at the cost of solar in particular, and how that has dropped just over the last 10 years, clearly we’re at the point at which it’s cheaper to decarbonize the supply, than to reduce demand.”

Rosenow says this as someone who has worked on energy efficiency policy for nearly two decades, so he is criticizing the world that he has been a part of.

Many people would quibble with his assertion about what’s cheaper, considering, for example, that the heating, ventilation and air conditioning industry is still geared toward replacing gas furnaces with other gas furnaces. Switching from gas to electric comes with the potential for substantial upfront costs that many people can’t afford.

The larger issue is that government incentive programs and many businesses have not yet shifted to make fuel conversion a top priority. In the United States, the local ordinances and programs that do exist are swimming against a tide of industry lobbying that works to preserve market share for fossil fuels.

Rosenow expected some pushback to his essay, but so far he’s seen little.

Leah Stokes, an author who teaches environmental policy at the University of California, Santa Barbara, shared a link to the essay on Twitter, with the comment, “Inject this into your veins!”

Some of the only public criticism I’ve seen was a response to Stokes’ comment. Dick Winchester, an energy technology consultant in Scotland, said, “The poor chap is obsessed with making electricity supply company shareholders richer at the expense of ordinary people.”

The key point, Rosenow says, is that there is close to a consensus among climate and energy researchers about the need to electrify as much of the economy as possible, and then find low- or zero-carbon fuels for the things that can’t be electrified.

And yet, this idea has been way too slow to make it into the everyday lives of people and businesses.

Maryland Passes an Aggressive Climate Law: A new Maryland law sets a 2045 target to get to net-zero greenhouse gas emissions across the economy, with an interim requirement of cutting emissions by 60 percent from 2006 levels by 2031. The measure, which became law when Gov. Larry Hogan declined to veto it, means that Maryland is joining California in having one of the most aggressive timelines for cutting emissions, as Karin Rives reports for S&P Global Market Intelligence. Hogan, a Republican, has criticized the bill, but also has been much more engaged than other Republican governors on climate issues. Democrats have supermajorities in both houses of the Maryland Legislature and could have overridden a veto. “It’s a very, very strong law that is going to move Maryland to be a leader across the country,” said Kim Coble, executive director of the Maryland League of Conservation Voters. “There’s so much in this bill that really was phenomenal, frankly.”

The Clean-Power Megaproject Held Hostage by a Ranch: A $3 billion interstate power line project has been stymied by opposition from the owners of a Colorado ranch. Billionaire Philip Anschutz has been trying for more than a decade to build the TransWest Express power line to connect the wind energy resources of the Mountain West to the electricity demand on the West Coast. But the owners of Cross Mountain Ranch in Colorado have stood in the way, obtaining a conservation easement that protects the land as a sage grouse habitat, among other steps to stop the project from crossing their land, as Josh Saul, Naureen Malik and Dave Merrill report for Bloomberg Green. The conflict shows some of the immense challenges of building the interstate power lines at a time when the country needs many more lines to be able to make a transition away from fossil fuels.

An Oil Company is Eyeing California’s Clean Fuels Market to Fund a Texas Carbon Removal Plant: Occidental Petroleum wants to sell credits in California’s transportation carbon market to help pay for a Texas project that would be the world’s largest carbon dioxide removal plant. The Texas project would then use carbon dioxide to help extract more oil in a process called “enhanced oil recovery.” Occidental’s plans show how carbon removal technologies can be used by  oil companies to delay the far more urgent task of rapidly transitioning away from fossil fuels, as my colleague Nicholas Kusnetz reports for ICN. “There’s a holy war brewing in climate politics over these kinds of technologies and whether or not they’re a tool of the oil industry,” said Danny Cullenward, the policy director at CarbonPlan, a nonprofit that analyzes the integrity of carbon removal efforts.

House Committee Hearing on Efficiency Veers into Pipeline Policy and Gas Bans: Environmental advocates spoke about the need for additional incentives to improve energy efficiency and meet climate goals, speaking at a hearing of the U.S. House Select Committee on the Climate Crisis. But the hearing also showed some of the challenges of trying to focus on efficiency, as the discussion shifted from the funding of efficiency programs and toward questions about climate policies in Russia and China, and whether cities should be allowed to ban the use of natural gas hookups in new construction, as Robert Walton reports for Utility Dive. 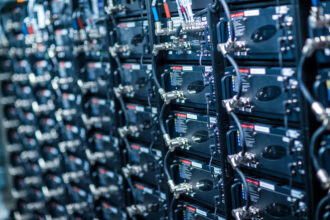 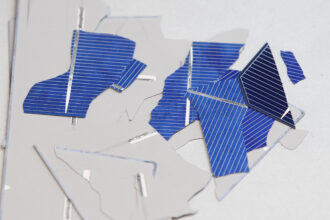 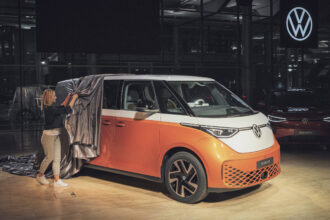