The Environmental Protection Agency on Friday ordered a U.S. Virgin Islands oil refinery to shut down operations for 60 days, citing an “imminent risk to public health,” after the plant experienced a series of accidents that exposed residents to noxious fumes and poisoned their drinking water.

Management of the Limetree Bay refinery, located in St. Croix, had already suspended operations voluntarily on Wednesday after a fire broke out at the facility and a flaring event spewed droplets of oil into the air, covering homes and contaminating the drinking water in neighborhoods as far as seven miles away. It was the second instance of the refinery raining oil on residents since the facility reopened under new management in February.

“These repeated incidents at the refinery have been and remain totally unacceptable,” said EPA Administrator Michael Regan in a press release Friday afternoon. “Today, I have ordered the refinery to immediately pause all operations until we can be assured that this facility can operate in accordance with laws that protect public health.”

“This already overburdened community has suffered through at least four recent incidents that have occurred at the facility, and each had an immediate and significant health impact on people and their property,” the nation’s top environmental regulator added.

A week earlier, in another incident, Limetree released noxious fumes into the community that were strong enough to close schools for the second time in less than a month.

Friday’s action is the most significant enforcement the EPA has leveled against Limetree since the agency revoked a key air pollution permit in March that would have allowed the plant to expand its refining operations. In that decision, EPA officials cited “environmental justice concerns” in concert with the new administration’s priority to consider “the needs of overburdened communities.”

Nearly 75 percent of the people living in the communities just north of Limetree are Black, about a third identify as Hispanic or Latino and over a quarter fall below the national poverty line, according to a recent EPA analysis. St. Croix’s population is just over 50,000.

After Wednesday’s fire and flaring incident, Limetree responded by temporarily halting all operations, apologizing to the community and warning residents not to use their cisterns. Limetree also offered to provide drinking water for those affected. Residents have relied on cisterns to capture rainwater for their water needs after the refinery leaked more than 43 million gallons of oil into the island’s only aquifer over a period of three decades.

The 56-year-old refinery has a long history of polluting St. Croix’s environment and activists have called its ongoing operation a textbook case of “environmental injustice.” Several environmental groups, including the St. Croix Environmental Association, have called on President Biden to intervene, seeing the moment as a chance for the new administration to live up to its pledge to elevate environmental justice and climate change to the top of its regulatory agenda.

The refinery closed in 2012 after the EPA found it was in violation of the Clean Air Act. Its previous owner agreed to a $700 million consent decree with the agency mandating various environmental and pollution control improvements. The plant reopened earlier this year under a permit granted by the Trump administration in 2018.

Environmentalists say permitting the plant’s reopening was a clear example of Trump’s unfettered and irresponsible deregulatory agenda, and his administration’s penchant for granting sweetheart deals to well-connected corporate interests late in his term.

In Limetree’s case, the administration ignored decades of precedent when considering the new permits and expressed a willingness in emails to the refinery’s new owners to do almost anything they needed to restart it.

But even under the Biden administration, many St. Croix residents have remained wary of whether government officials are properly regulating the refinery, which they say for decades has operated with little oversight or accountability.

Nearly 300 St. Croix residents attended a virtual town hall meeting on Thursday organized to address the recent accidents, according to the Virgin Islands Daily News. Several doubted they could trust that officials would take their concerns seriously.

“There’s a lot of history with this facility, regardless of who owns it,” Jean-Pierre Oriol, Virgin Island Department of Planning and Natural Resources commissioner, told those in attendance. “If it’s going to operate, it must operate without affecting the people of the Virgin Islands, all of us that live here.” 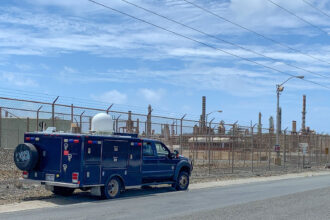 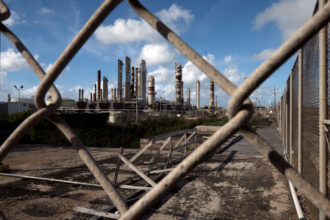