For a time this spring in California, as the snow melted above hydroelectric dams, the sun shone on solar arrays, and the wind whipped through turbines, the state was confronted with both a blessing and a curse.

It arrived as an overwhelming flood of cheap, clean electricity. At times it drove wholesale prices below zero. And it has left grid operators in California, and in other parts of the country, wondering how to cope with the upending of power markets by abundant renewable energy.

California has led the pack in adding renewable energy to its grid. How it manages the challenges of energy over-abundance may determine whether other states follow in its clean energy footsteps.

Some worry that if California bungles the transition to clean energy, it could undermine the state’s own incredibly rapid solar build-out—from 300 megawatts on the grid in 2008 to nearly 15,000 megawatts today—which has put California well ahead of its milestones toward deep decarbonization.

The crux of the issue that arose this spring is that in the middle of some days, California produced so much renewable energy it drove wholesale electricity prices below zero—what’s known as negative pricing. In March through May this year, wholesale energy prices in California went negative on 21 different days, according to an analysis of the power markets by Catherine Wolfram, co-director of the Haas Energy Institute at the University of California, Berkeley.

Although an abundance of hydropower from large snows has made negative prices more common this year, California has been trending this way for years because of solar’s penetration. In fact, the California Independent System Operator (CAISO), which manages the electric flow across 80 percent of the state, predicts that if the build-out of solar continues at this pace, by 2024, California will have an overabundance of energy midday nearly every day.

Negative prices sound great, but they don’t actually save consumers money. Since electricity storage is still limited, and too much unused electricity could hurt the grid, CAISO must either buy less electricity from wind and solar farms, letting unused capacity go to waste, or actually pay certain wholesale consumers to use more energy. It may end up curtailing 8,000 megawatts of energy this spring and summer, the vast majority of it solar and wind.

CAISO is also buying less electricity from gas and nuclear power plants (California has almost no coal plants in the state), leading some to fear that these giants, which have sizeable fixed costs, will be forced to shut down prematurely before renewables are ready to take on the entire load.

Although in mid May the state had a day when it got 67.2 percent of its power from renewables, a record, California still needs gas and nuclear to help with the evening load when solar goes offline just as people arrive home and start switching on their appliances. Utilities call this “the ramp,” the electrical equivalent of prime time.

“It will become unstable if we do not have the economic way to have the gas units for the evening ramp,” says Jan Smutny-Jones, chief executive of the state’s Independent Energy Producers Association. He says they are “not making enough money in the middle of the day.”

The greatest fear is brownouts or blackouts, which could theoretically be triggered by generation overloads or, more likely, if California’s gas plants can’t handle the increasingly steep ramp as the sun sets.

That’s because in the early and mid 2000s, California invested heavily in a new type of gas plant that was very efficient but cannot easily ramp up and down. In fact, they are legally allowed only a limited amount of restarts because of air quality regulations.

Moreover, in order to be efficient financially they have to operate at huge scale and over a long period of time, not just a few hours in the evening—the exact opposite of what they’ve been called on to do in recent years. Sweeney says there is reason to be concerned that they will soon be overtaxed.

California’s concerns have attracted the attention of U.S. Department of Energy Secretary Rick Perry. In April, he ordered the department to conduct a review to discover “the extent to which continued regulatory burdens, as well as mandates and tax and subsidy policies, are responsible for forcing the premature retirement of base-load power plants.” His critics say he may just be looking for a way to bolster legacy fuels, including coal.

Clean energy advocates and power managers are focused on three main solutions: storing the energy in batteries; shifting demand from one time of day to another; and spreading the power generated by clean energy beyond the state’s borders.

California is on the storage issue like no one else. The state has nearly 4 gigawatts (4,000 megawatts) of pumped hydro energy storage, and it has promised to put in place 1.32 gigawatts of additional storage by 2020 (more than existed in the entire global markets for solar battery storage in 2016). In the last six months of last year alone, the state installed three battery energy storage facilities in Southern California in rapid succession. One of those, in Escondido, is currently the largest lithium-ion battery energy storage center on the planet.

Those energy storage facilities were put in place largely because of last year’s gas leak at Aliso Canyon, a massive underground gas storage facility outside of Los Angeles. Southern Edison and San Diego Gas and Electric, the local utilities, and the three companies behind the build-out (Tesla Motors, Altagas, and AES Energy Storage) completed the work in six months. Tesla actually got its storage facility up in three months.

Yet for all the progress that has been made on the quality and capacity of battery storage, the Escondido facility built by AES still holds a mere 30 megawatts, enough to power 30,000 homes for four hours. That’s a drop in the bucket of Southern California’s energy needs.

Moreover, the cost of adding that storage was significant. According to a report by Bloomberg New Energy Finance, the cost of building new battery storage facilities would have to drop to half of what the 20-megawatt facility built by Altagas cost, which was about $500 per kilowatt-hour. (Tesla will not say how much its 20-megawatt facility cost.) At the very least, the facilities have to become cheaper than new natural gas plants specifically designed to handle evening peak loads.

With China preparing to invest $350 billion into solar technologies including batteries, and with Tesla pushing the frontier for its electric car batteries with its $5 billion dollar Nevada plant, everyone believes battery storage costs will drop–but not necessarily quickly enough.

“We believe storage holds great promise,” says Steven Greenlee, senior public information officer of CAISO, “but at this time, that is not enough to help us manage the excess energy.”

Another solution is to get Californians to use energy outside of prime time.  Instead of running that load of laundry at 8 p.m., put it on a timer to start at 3 p.m. when the sun is still shining.

But old habits die hard. After researching what would make customers responsive to the needs of the grid, the Lawrence Livermore National Laboratory told California’s utility regulators in March that as much 1–1.8 gigawatts of energy demand might be shifted by 2025. California’s average daily energy demand is roughly 25–30 gigawatts.

To entice customers to shift behavior, utilities are offering more real-time information on energy costs. By 2020, every utility customer in California, homes as well as businesses, will get bills that spell out the different rates they are paying for electricity, broken down by different times of day. In theory, this should provide plenty of incentive for large users, like those with commercial air conditioners and refrigeration, industrial manufacturing, and water pumps for large farms, to shift to devouring energy midday if they possibly can.

Many environmentalists, academics and politicians believe that the quickest fix for California is to integrate its grid with the other western states.

High voltage lines already connect 11 western states, as well as parts of Canada and Mexico. But it’s a system in which 38 separate independent operators are charged with matching demand and supply dispatch electricity where it is needed across this area. The highly-respected CAISO is the biggest of these fiefdoms, running roughly 31 percent of all power across the Western Grid area.

At the behest of the California legislature, CAISO conducted a study on how a regional grid would affect California. CAISO findings were almost all good news. The integrated grid would allow the state to sell its excess clean energy across state lines during peak hours and more easily fill its evening demand with power from other states. Moreover, CAISO found ratepayers would save $1 billion to $1.5 billion a year by 2030.

There is already a model for this integration, of sorts. In 2014, Western states started a market that allows them to buy and sell the final few megawatts of power needed to satisfy demand within the hour it is needed. Advocates would essentially like to expand that to include long-term and medium-term markets.

But integration of the grid is also not that straightforward. As a condition for the smaller players to agree to join, they would demand the creation of a what is essentially a new super grid operator that would have a board of directors from all across the region. Currently CAISO’s board members are nominated by the governor and confirmed by the state’s senate.

There have been protests from both left and right about changing this localized governance. Wyoming’s Public Service Commissioner Bill Russell, for example, has protested that an integration would foist California policies of minimum renewable standards on its Western neighbors. And, on the other side, environmentalists like the Sierra Club worry that states like Wyoming would insist on exporting their dirty coal-fired energy to California in the evening.

There are few things grid operators fear more than a brownout. So if one of the three solutions listed above does not work out, there will be increased pressure to invest in newest natural gas plants that can ramp up and down quickly to avoid stresses on the grid. 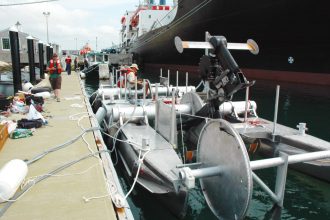 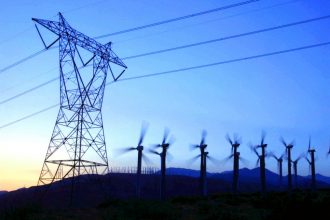 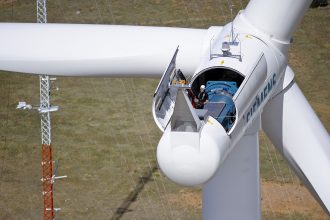