Houston Mayor Sylvester Turner has asked the Biden administration to seek fines and order the cleanup of a hazardous waste site owned by the Union Pacific Railroad that has been linked to two cancer clusters among nearby residents.

In a June 25 letter to Michael S. Regan, administrator of the Environmental Protection Agency, Turner asked that the EPA investigate the health threat and “secure truly meaningful relief” for the predominantly African American community, “including relocation for impacted residents.”

A prior study released by the health officials less than a year earlier found significantly higher rates of acute myeloid leukemia, lung, liver, larynx, esophagus and bronchus cancers in the adult population compared to the state average.

The cancer clusters were detected in an area located next to the Union Pacific Railroad property, where wooden railroad ties were treated until the 1980s with creosote, a chemical mixture used as a wood preservative.

The “elevated counts of cancers” found by the Texas Department of State Health Services, Turner said in his letter to the EPA administrator, are “known to be associated with the kinds of chemicals” found at the Union Pacific site.

Nick Conger, Regan’s press secretary, said that the EPA administrator “has spoken with Mayor Turner and made clear that he shares the mayor’s concerns about the serious health impacts and environmental justice concerns in this community, including elevated levels of cancer. EPA is reviewing the mayor’s letter and will respond.”

In a written response, Robynn Tysver, a spokesperson for Union Pacific, said the company “sympathizes with the residents who are dealing with medical issues and those with health concerns and we have met with the community many times over the years regarding the site status and work being accomplished.”

Noting that the site has been closed since the 1980s, Tysver added: “The cleanup involves historical impacts that occurred before Union Pacific acquired the closed facility.  However, Union Pacific is here cleaning it up in compliance with the law and under the supervision” of the Texas Commission on Environmental Quality, “which regulates how cleanups are conducted.”

Harrowing Stories in the Fifth Ward

LaTonya Payne, 49, is among numerous Fifth Ward residents with harrowing stories to tell. In August 2016, she said, she felt a swelling in her right breast and thought it was a benign cyst. The following week, nearly half a dozen tests later, Payne was diagnosed with breast cancer.

A few months earlier, she said, her 13-year old nephew, Corinthian, got a diagnosis of leukemia. “So, while I was going through treatment, he was going through his treatment. And he’s still in the hospital today, fighting for his life.”

Payne broke down in tears as she told his story.

The January study that detected higher rates of acute lymphoblastic leukemia among children in Fifth Ward looked at data from 2000 to 2016 in an area within roughly a two mile-radius of the Union Pacific creosote treatment facility.

A cancer of the blood and bone marrow that affects white blood cells, acute lymphoblastic leukemia is considered the most common childhood cancer treatable with chemotherapy and targeted medicines.

Payne’s breast cancer can’t be linked directly to the creosote site. One out of every nine American women get breast cancer. But she and other residents have long believed the contamination from the railyard was the source of illnesses in the community. Multiple state agencies recognize the chemical cocktail known as creosote as a probable carcinogen. But the official investigations have stopped short of making a direct connection, citing data limitations.

Plagued by a variety of ailments, the Fifth Ward communities have demanded that Union Pacific be held accountable. They’ve asked the company—one of the largest freight-hauling railroads in the United States—to arrange for their relocation and cover health care costs. Mayor Turner has asked for the area to be declared a hazardous waste Superfund site.

In his letter to the EPA, Turner also asked the agency to “exercise its investigatory and information-gathering authorities” to obtain answers from Union Pacific to 63 questions about chemicals used at the site and their formation of a toxic groundwater plume beneath more than 100 homes.

Mary Benton, a spokesperson for Turner, said that Arturo Michel, the city attorney, opposed the renewal of Union Pacific’s site permit from the Texas Commission on Environmental Quality (TCEQ) at a virtual public hearing July 1, saying that the company’s remediation plan is incomplete and inadequate.

Early on in 2020, TCEQ had asked Union Pacific for the cleanup plan along with a revised permit application by the end of August.

“I’m very angry about the situation,” Payne said, adding that she’s appalled that Union Pacific has not accepted responsibility for the situation. “It’s been proven by the reports that creosote was allowed to soak into the ground and has made us sick,” she said.

During the 2020 election campaign, President Biden committed to making environmental justice a cornerstone of his administration. In April, the administration proposed allocating $1.4 billion to help communities of color and low-income neighborhoods disproportionately burdened by polluting industries.

As Congress considers Biden’s infrastructure proposals and most Senate Republicans remain opposed to the legislation, Payne and other Fifth Ward residents struggle.

“You feel hopeless, as a parent or guardian, to have to see your child lay there as a 13-year-old…as a nine-year-old when he was diagnosed,” Payne said as she collected her thoughts. “It’s one thing for me to have experienced it, but he has experienced it 10 times worse.”

Leisa Glenn, 62, lives a few blocks from Payne on a dead-end street located above the plume of creosote contamination detected in the groundwater and soil under at least 100 homes in the area.

Glenn, a bus driver for Houston Independent School District and the mother of a teenaged son, said she had lost her mother to breast, ovarian and bone cancer.

“It’s like a ghost town over here,” she said, counting neighbors who died of cancer.

Glenn and other affected residents banded together years ago and founded a community nonprofit group IMPACT to get authorities to pay attention to alarmingly high cancer and asthma rates in the area.

Despite many meetings and talks with Union Pacific representatives over the years, Glenn said the neighborhood has yet to see firm action from the company or the city of Houston. “We are like 10 minutes from downtown. And nobody has come over to say we’re going to relocate these people. Babies are still getting sick. It’s like we’re fighting a fight, but we ain’t getting nowhere,” Glenn said.

In May, Glenn said she and her neighbors received a letter from a firm representing Union Pacific Railroad Company. The notification letter, dated April 30, informed the residents about the results from the groundwater sample collected from the decommissioned site in July 2020.

The detection of carcinogens like benzene and arsenic above certain limits prompts operators of such facilities—in this case Union Pacific—to notify the residents neighboring these sites and carry out cleanup operations, as prescribed by TCEQ guidelines.

Rodrigo Cantu, a staff attorney with Lone Star Legal Aid, has been investigating the creosote leaking from the old wood preservation site owned by Union Pacific on behalf of IMPACT and Fifth Ward residents. He said the creosote plume underneath the residential section of the Fifth Ward was slowly but surely moving and expanding.

“We partnered with the city of Houston at the end of 2020 to test whether the contaminants were volatizing or turning into vapor and filtering up to the surface. And we detected more than 20 chemicals in very low amounts,” Cantu said. “But to me it establishes that the chemicals are volatilizing, and will continue to in the future.”

‘The Burden Remains on Those Harmed’

With no immediate help in sight, residents have filed a class action lawsuit against the Union Pacific for causing injury to their life, property and well-being.

Nathaniel Mac III, their lawyer, said creosote from the railyard seeped into the groundwater, exposed people to the airborne contaminants and poisoned generations of families.

“We are representing the families who have lost loved ones, or who are suffering from different health conditions, who have property that has been contaminated and devalued or made worthless because of Union Pacific actions,” Mac said.

Mac said the scope of lawsuit includes the Fifth Ward as well as adjoining communities.

He acknowledged that a settlement or a decision could be years away. “It depends on whether Union Pacific wants to accept liability,” he said. “Up to this point, they have made countless excuses and have failed to accept any responsibility for their actions.”

To Kelly Haragan, a clinical professor with University of Texas School of Law, the U.S. legal system places an unfair burden on communities to prove that the chemicals companies release into the air and water have caused them harm.

“Even when the chemicals released—like creosote—have known adverse health impacts and when studies show elevated levels of cancer and birth defects in their neighborhood, the burden remains on those harmed,” she said.

Haragan recounted the lengthy process aggrieved communities go through in order to bring a lawsuit against the polluters. “The residents have to develop recognizable symptoms, connect those symptoms to the chemicals they’ve been exposed to, and the company that released those chemicals, recognize that they have a legal claim, hire a lawyer and experts, and file a lawsuit—all within a very short period of time while they are also dealing with adverse health issues.”

She hoped the Biden administration will strictly apply and enforce environmental laws to prevent harm before it occurs, rather than leaving communities to seek some sort of compensation for harms after they occur.

“To do that, they must consider the cumulative impacts of exposure to multiple pollution sources in [environmental justice] communities and reduce that overall exposure burden as necessary to assure that communities are safe,” she added.

Meanwhile, LaTonya Payne finds herself torn between hope and despair, sitting next to her ailing nephew hooked to a dialysis machine.

“Now he’s at a point where we are really praying and trusting God for healing,” she said with a trembling voice. “Nobody should have to see a child suffer like that. As a 13-year-old, he’s supposed to be enjoying his teenage years. But instead he’s in the hospital on a dialysis machine…going for procedure after procedure…having to get blood and platelets every other day. It’s horrible. It’s horrible.” 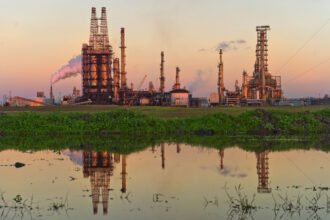 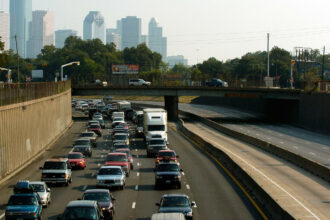