While Mitt Romney is getting a lot of attention for vowing to end a government tax credit for wind energy, his gubernatorial successor in Massachusetts is quietly taking steps to stimulate massive investment in wind farms across New England.

Late last month, Mass. Gov. Deval Patrick proposed the country’s first regional bidding process for renewable installations, called the regional Request for Proposals (RFP). The other five New England states agreed to sign on to the plan. The program is intended to make wind power decisively cheaper and could become a model for other U.S. regions.

Starting in late 2013, Massachusetts, Connecticut, Maine, New Hampshire, Rhode Island and Vermont will together solicit proposals from developers of utility-scale wind and other clean power projects. By doing so, the states will attract a larger pool of projects than they would on their own, producing more competitive prices. They’re expected to sign final contracts with developers sometime in 2015.

Seth Kaplan, vice president for policy and climate advocacy at the Conservation Law Foundation, an environmental group, likened the regional RFP to bulk shopping. “Instead of buying your renewable energy in very small bags at the 7-Eleven, New England is headed toward Costco, the volume discounts.”

Potential costs savings are unknown, and crucial details have yet to be worked out—such as how many projects the states will seek to build and by when.

Steven Clarke, the assistant secretary for renewable energy in Massachusetts, said he expects the RFP to bring thousands of megawatts’ worth of projects online “in a very short period of time.”

The program will likely consider all types of renewable energy technologies, though wind energy is the most promising. A recent study found there is a potential for up to 12,000 megawatts of additional onshore and offshore wind power across New England. Currently, the region has 630 megawatts of onshore wind up and running, nearly two-thirds of which are in Maine. There are no offshore wind farms in the United States.

Clarke said the regional RFP could be based on Massachusetts’ existing policy for procuring renewable energy projects. That policy requires utilities to purchase 3 percent of their power from 10- to 20-year contracts with renewable developers, which will increase to 7 percent in 2016.

Clean energy advocates applauded the plan. Jim Lanard, president of the Offshore Wind Development Coalition, said it could help spur a local offshore wind manufacturing industry. “By creating enough demand [for projects], the job creation can occur in the region.”

The move comes as Romney, the former Massachusetts governor and presumed GOP presidential nominee, said he wouldn’t extend a 20-year-old, $12 billion production tax credit for the wind industry if he’s elected, because it violates the principle of free market economics. Supporters credit the tax break, which expires Dec. 31, with making wind more competitive with electricity generated from coal and natural gas, and say ending it would put half of the country’s 75,000 wind jobs at risk.

Patrick, in contrast, has made clean energy support a cornerstone of his administration.

Since taking office in 2007, the Democrat has enacted a sweeping set of clean energy and climate policies, many under the 2008 Green Communities Act. Solar installations have seen a five-fold increase to about 120 megawatts. The state currently has 60 megawatts of wind projects, up from virtually zero five years ago.

In late 2010, the Patrick administration set a goal of reducing greenhouse gas emissions by 25 percent below 1990 levels by 2020, the toughest such target in the region. The administration’s decision to spend nearly all of its cap-and-trade money from the Regional Greenhouse Gas Initiative on energy-efficiency programs created about 3,800 jobs and nearly $500 million in economic activity over three years.

The state’s green jobs sector employs some 64,000 people at more than 4,900 clean-energy companies, according to a 2011 jobs survey by the Massachusetts Clean Energy Center. Today, about 175,000 people work in the U.S. wind and solar industries.

The six states had been floating the idea of a regional bidding process for years. In 2009, they commissioned the New England States Committee on Electricity (NESCOE), a nonprofit whose staff is appointed by the governors, to determine whether it would be viable.

To gauge interest from renewable developers, NESCOE asked them to submit proposals for possible projects. The committee received details on about 50 projects totaling more than 4,700 megawatts, mostly for onshore wind farms in Maine, Vermont and New Hampshire, and offshore installations off the coasts of Massachusetts and Rhode Island.

“That gave us a lot of confidence that if the states together were to put out this Request for Proposals, we would receive a lot of responses,” Clarke, the assistant secretary of energy in Massachusetts, said.

On July 30, at the annual New England Governors’ Conference in Burlington, Vt., Gov. Patrick proposed a formal resolution that would require states to finalize the regional RFP by no later than December 2013. Leaders from the other five states signed on.

The resolution directs NESCOE to finalize details on how the program will work over the next year and a half.

In addition to the installations, the RFP will seek out proposals for long-distance transmission lines to carry wind power from onshore and offshore wind projects to population centers in Massachusetts and Connecticut, which account for 70 percent of the region’s electricity demand. The governors estimate that building new lines could cost between $9 billion and $25 billion.

Clarke said the next year and a half will be rife with bureaucratic and technical hurdles as the six states piece together a collective plan. Still, “we don’t see any fatal flaws,” he said.

One potential sticking point, however, could be Canada.

Projects in eastern Canadian provinces could potentially win contracts under the regional RFP, and the electricity would be channeled via new or existing transmission lines. The region’s wind energy resource is vast. Nearly 9,000 megawatts of wind power have been eyed for development in Quebec, New Brunswick, Nova Scotia and Prince Edward Island.

The problem for New England environmentalists is that Canada might also offer hydroelectric projects in the RFP, which opponents say are not green because of the damage they can cause to ecosystems. Nearby Quebec, for instance, produces nearly 40,000 megawatts of hydroelectric power, and is seeking to build an additional 2,600 megawatts in hydro projects within the decade.

Kaplan of the Conservation Law Foundation said that large hydro projects should be excluded because they’re already a staple of eastern Canada’s electricity mix. “The entire purpose of the [New England] enterprise is to get new stuff built,” he said. 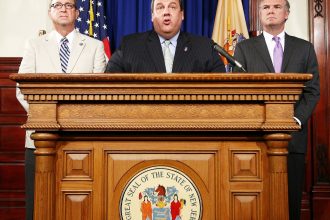