Growth in the Canadian oil sands industry will depend on the construction of major new pipelines, including the disputed Keystone XL across the United States, according to a report by a prominent energy institute.

The faster new pipelines are approved, the more rapid the increase in tar sands production over the next two decades, the International Energy Agency said in its annual World Energy Outlook, released on Nov. 12. Accelerated growth would mean a surge in global greenhouse gas emissions, which the IEA has said are already on a “dangerous” course.

The finding thrusts the IEA into a critical part of the debate over the proposed Keystone XL—whether the project would worsen global warming. The IEA’s conclusion contrasts with what the U.S. State Department said in its high-profile draft environmental impact study.

According to the State Department, tar sands production would increase with or without the Keystone XL, and therefore the pipeline wouldn’t exacerbate the problem of carbon pollution. The question is important because Obama has said his decision will hinge on the “net effects of the pipeline’s impact on our climate.”

If built, the 1,700-mile TransCanada pipeline would carry as much as 830,000 barrels of oil a day, mostly from Alberta’s tar sands, to Texas refineries. A final environmental impact statement could be issued within weeks. Obama’s decision on the project is expected next year.

The 700-page report projected that Canadian tar sands production would more than double to 4.3 million barrels a day in 2035, up from 1.8 million in 2012.

While the tar sands resource is “unquestionably large enough” to support such an expansion, “achieving it is contingent on the construction of major new pipelines to enable the crude to be exported to Asia and the United States,” said the Paris-based IEA. The group was founded by members of the Organization for Economic Cooperation and Development in the wake of the 1970s oil crisis. Its mission is to help ensure energy security and environmental protection for the world’s largest economies, including the U.S. and Canada.

Quick approval of the Keystone XL and two export pipelines to the British Columbia coast could easily spur an additional one million barrels a day of tar sands production, its report said.

In linking the Keystone XL so directly to increased oil sands production, the prominent study group fed ammunition to critics of the pipeline who have asked Obama to block its construction on climate grounds. Environmentalists see the Keystone XL as a test of the president’s commitment to tackling global warming.

Rising production of tar sands oil is the biggest driver of the increase in Canada’s greenhouse gas emissions—and it is the main reason why Canada says it will probably miss its 2020 goal of cutting emissions 17 percent below 2005 levels.

Anthony Swift, an attorney in the international program of the Natural Resources Defense Council, said in a blog post that the IEA’s conclusion “undercuts industry’s claims that the massive tar sands pipeline will have no material impact on its expansion plans,” and on its “significant carbon emissions.”

The State Department accepted the industry’s argument in its hotly contested March draft environmental impact statement. That report claimed that if Obama rejects the pipeline, tar sands producers would either ship their products by rail or find other export routes, minimizing the effect of the Keystone XL on the oil patch’s emissions.

Echoing the State Department, Greg Stringham, vice president of the Canadian Association of Petroleum Producers, said in an interview that while the industry favors the Keystone XL as the best way to move oil sands crude to refineries, “there are many other alternatives that over time will be put in place.” Among those are a pipeline proposal by TransCanada to move 1.1 million barrels of oil sands a day to eastern Canada, two proposed lines to the Pacific coast, and additional rail tank capacity.

The transport of Canadian oil by rail “has increased dramatically,” the IEA report acknowledged, but it said “the major rail accident that occurred in July 2013 in Quebec might slow it down.”

In the meantime, Canada’s oil output is steadily rising.

Light tight oil and heavy crude from the oil sands, the IEA report said, are more than making up for a slow decline in Alberta’s conventional crude oil. Total Canadian oil output is projected to rise by 62 percent to 6.1 million barrels a day from 3.8 million in 2035. The share coming from oil sands will rise to 70 percent of the total, from just under half today.

Cumulative tar sands production could add up to a total of  27 or 28 billion barrels of oil by 2035, it said.

The Climate and Energy Link

The annual IEA report came as United Nations negotiators from around the world met in Warsaw to work on a new treaty to address the spiraling levels of greenhouse gases that are warming the planet.

Describing the outlook for worldwide energy supply and demand—and the bleak prospects for carbon-free technologies to replace fossil fuels—the IEA warned that countries remain far from being on course to limit global warming to the safe level of 2 degrees Celsius. Crossing that threshold could make the worst effects of climate change inevitable, scientists say.

The Warsaw talks are aimed at reaching a global climate treaty in 2015, to take effect in 2020, that would reduce emissions sharply enough to keep warming at 2 degrees by 2100. That means eliminating most, if not all, emissions from fossil fuel energy—which is spewing carbon into the atmosphere at record rates— by turning to clean energy sources or improving energy efficiency.

“Greenhouse gas emissions—two thirds of which come from the energy sector—are still on a dangerous course,” warned Maria van der Hoeven, executive director of the IEA. “If we stay on the current path, we will not come close to the internationally agreed goal.”

The IEA report projected that without significant policy changes, worldwide emissions of carbon dioxide from the production and consumption of energy would rise 20 percent by 2035, putting the planet on track for a likely long-term increase of 3.6 degrees Celsius. 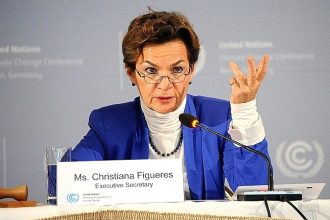 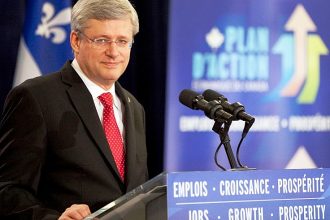 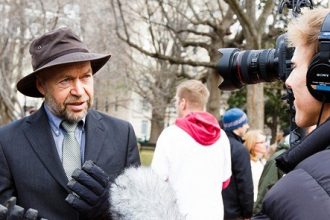