In parched Jim Wells County, Texas, the glistening pits brimming with oil and gas waste appear to be an inviting refuge for birds seeking a hospitable place to find water and rest.

But the pits offer anything but sanctuary–and safety––for birds. They are filled with oily sludge or liquid contaminated with toxic chemicals used by drillers to frack wells in the booming oil and gas fields of south Texas.

County Deputy Hector Zertuche, the local environmental crimes officer, said the pits become deadly traps for birds. “The birds see these pits and come in and before they know it are covered in oil or chemicals,” he said. “It’s a bad deal.”

So Zertuche said he applauds a recent proposal by the U.S. Fish and Wildlife Service to strengthen laws that will protect birds from the oil and gas waste pits as well as from flares that burn off unwanted gas from well sites.

The federal agency announced last month that it is considering the creation of rules that more strictly protect birds––some of them listed as threatened or endangered––from waste pits, flares and two other hazards: electric transmission lines and cell towers.

The nearly century-old Migratory Bird Treaty Act generally affords protections to more than 1,000 species of birds from these hazards, because operators of the facilities are expected to mitigate threats. The goal of the new rules will be to more specifically require operators to employ the best available methods to protect birds.

Fish and Wildlife spokeswoman Laury Marshall Parramore declined to discuss the proposal. Instead she issued a two-sentence statement and referred a reporter to the announcement published in the Federal Register.

Reliable estimates of bird mortality from various hazards are difficult because of a lack of standardized reporting procedures and inadequate reporting by some industries, but the Audubon Society said millions of birds could be saved by addressing the oil and gas and power-line hazards.

Based on federal data, the organization estimates that between 500,000 and 1 million birds die trapped in waste pits each year; power lines and communications towers account for the deaths of as many as 225 million birds a year. No reliable information was available to estimate the number of bird deaths associated with oil and gas flares, which burn with intense heat.

“This is significant change that could save the lives of millions of birds every year,” said Mike Daulton, Audubon Society vice president for government relations. “With the adoption of practical, inexpensive solutions we can put an end to these death traps.”

The Fish and Wildlife Service will be seeking input from the public, the industry and other interested groups until July 27 before crafting new policies to minimize or eliminate bird deaths associated with the hazards.

Beyond being identified as a deadly menace to birds, waste pits remain a noxious source of air and water pollution. InsideClimate News found that waste pits are among the least regulated, least monitored and least understood components in the fracking process, where chemicals and sand are mixed with water and injected under high pressure into wells to shatter rock formations, releasing the oil and gas.

In its public notice of the proposed rule changes, the federal wildlife agency described the grisly fate hundreds of thousands of birds face year from the oil and gas waste pits and flares.

“Birds that land on or fall into the pit become covered with oil and may ultimately die from drowning, exhaustion, exposure, or effects of ingested oil,” according to the proposal.

The agency suggests either that the waste pits be covered with netting, or that an alternative method be found for disposing of oil and gas drilling waste, built around a closed containment system.

The rule proposal also seeks to limit the number of birds burned to death by gas flares or entrapped by the pipes, vents and other equipment used in the process to burn off gas that would be impractical to bring to market. It suggests removing perches, installing devices to deter birds from roosting, and covering pipes and other small openings to minimize the number of birds killed.

In 2013, about 7,000 songbirds were killed when they flew over a gas plant in the Canadian city of Saint John, New Brunswick, on a foggy night. Many of the birds were burned by the flare atop a 100-foot tower; others may have become disoriented and flown into the tower or the ground.

“They would circle in around that [flare] and of course with a large flame like that they wouldn’t need to get terribly close to become singed or burned,” zoologist Don McAlpine told CBC News. 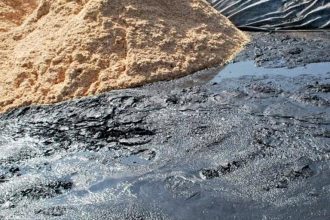 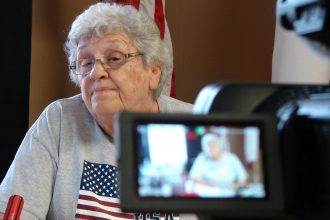 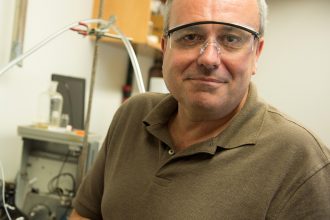