The Trump administration’s Environmental Protection Agency has sidestepped the agency’s process for ensuring quality and balance in its advisory committees, and numerous appointees are serving without having undergone the required federal ethics review, the Government Accountability Office said Monday.

The new report from the government watchdog agency also said that the make-up of the EPA’s 22 advisory committees has changed significantly since President Donald Trump took office, and now includes fewer academics and more industry scientists and consultants. The number of meetings the advisory boards held dropped 40 percent in the 15 months following Trump’s inauguration compared to the 15 months preceding it.

The EPA’s advisory boards serve an important role in development of agency policy. Since nearly all of the agency’s regulatory decisions face legal challenges in court, the EPA typically has pointed to the advice it has sought from these outside experts to demonstrate that its actions are not arbitrary or capricious.

“This report shows that the Trump administration rigged influential advisory boards to favor its polluter backers,” said Sen. Sheldon Whitehouse (D-R.I.), one of 10 Democratic senators who requested the GAO review in late 2017. “In the process, they also slowed down the work of the committees, delaying key decisions on whether to regulate potentially dangerous environmental hazards.”

In its formal response to GAO, the EPA criticized the report’s main finding, saying that the changes that the agency had made were within the discretion of the administrator and had been improvements.

“Since the membership process was followed with an enhancement to ensure that only the best, most qualified applicants were chosen to serve on the federal advisory committees in question, we deem this finding to be inaccurate and possibly misleading,” read the response signed by Donna Vizian, EPA’s principal deputy assistant administrator for the Office of Mission Support. She asked the GAO to remove the finding from its report. The GAO included her response but didn’t alter its findings.

Vizian did not dispute the GAO’s finding that the agency did not consistently ensure members met federal ethics requirements, and blamed the lapse on an understaffing problem in the ethics office. “These staffing issues have been resolved and, as a result, EPA is now engaged in a full and thorough review of all employees (including special government employees engaged to work on EPA federal advisory committees),” she wrote.

GAO did not name which science advisers were not properly vetted, but it said that nearly one quarter, or 17 of the 74 financial disclosure documents it had reviewed, had not been signed and dated by an agency ethics officer as required under Office of Government Ethics rules. Furthermore, GAO said that for more than half of the documents it had reviewed, it could not determine if the ethics review had been conducted within 60 days as required under the regulations, since the documents did not indicate the date they were received.

The report is one of a number of  government investigations of the impact of the sweeping changes in EPA Science Advisory Boards begun under Trump’s first EPA administrator, Scott Pruitt.

On Tuesday, the House Science Committee’s oversight committee will hold a hearing on a new Trump administration plan to reduce the number of advisory boards across the federal government by a third.

Among the most telling changes to the advisory boards was Pruitt’s bar on members who had received EPA funding from serving as advisers. Since EPA has traditionally been a key funder of environmental research by academics, the result was a sharp decline in the number of academics serving on science advisory committees—from 77 percent of committee members in January 2017 to 55 percent by March 2018. (In comparison, in the same time frame after President Barack Obama’s inauguration, the GAO noted the percentage of academics was stable, at about 82 percent. The GAO did note that the share of academics dipped to 73 percent in the first months after the start of Obama’s first term.)

Calling academia a “stakeholder group,” EPA said that it had intentionally reduced the number of academics on its advisory boards to make them more “balanced.”

The GAO report made clear that as the number of academics on the committees declined, the number of industry members and private consultants increased. Although GAO did not name the consultants, they include Anne Smith of NERA Economic Consulting, Barbara Beck of Gradient, and Louis Anthony Cox, who has his own Denver consultancy—all of whom do consulting for fossil fuel industry clients.

“The non-partisan GAO confirms what we’ve been critical of all along: The Trump Administration is violating its own rules by putting industry officials in charge of crucially important science advisory boards,” said Sen. Tom Carper (D-Del.), the highest ranking Democrat on the Senate Environment and Public Works Committee, who was among those who requested the GAO investigation.

“This is not a trivial issue, but a serious problem that has profound consequences for enforcement and regulatory actions across the agency,” Carper said. “Not only is EPA putting the interests of polluters over public health, but this report demonstrates once again how little this administration values basic science.”

Before the Trump administration, the EPA staff would produce a draft committee membership grid—as recommended in the agency’s handbook—including their rationale for recommending the candidates best qualified and most appropriate for achieving balanced committee membership. But under the Trump administration, EPA management has made its choices for the committee without input from the agency staff.

Vizian said that EPA’s new process is “more robust, resulting in a more thorough examination of potential committee members to these committees than a membership grid would allow.”

But GAO said that while there may be benefits to other approaches, the EPA developed the membership grid process to ensure the agency was in compliance with the law. The Federal Advisory Committee Act, enacted in 1972, encouraged agencies to establish uniform committee appointment and administration procedures. With such a process, GAO said, the EPA “would have better assurance that it could show how it made appointment decisions to achieve the best qualified and most appropriate candidates for balanced committee membership.” 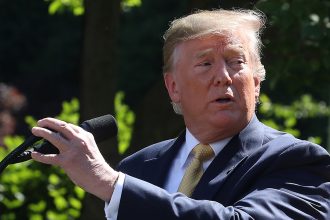 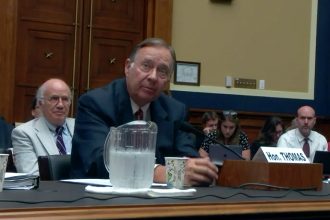 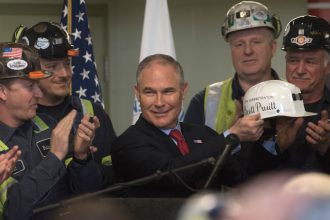