The coronavirus pandemic rocked the 2020 Tokyo Olympics. The games were delayed by a year, no spectators were allowed and additional personnel were kept to a minimum.

This unique circumstance offered an interesting opportunity for tourism researcher James Higham of the University of Otago in New Zealand. He and Eiji Ito of Chukyo University in Japan calculated the estimated carbon emissions cut by the reduction in personnel, such as judges, referees, media, sponsors and other representatives that would normally attend the Olympics. Without pandemic restrictions, the number of personnel would have been about 141,000, but was reduced to about 30,000, the researchers estimated, based on temporary visitor visa data.

The researchers found that about 129,686 tons of carbon dioxide emissions were avoided due to additional people not traveling by airplane for the games, a reduction of nearly 80 percent if all 141,000 estimated attendees had flown to Tokyo.

“Although this wasn’t deliberate, Covid has shown us that we can greatly reduce the carbon footprint of events if we are willing to do so and if we’re willing to commit to that,” Higham said.

As the climate crisis becomes more dire, Higham said the time is now for big, influential events like the Olympics to get serious about minimizing their carbon impact. Reducing unnecessary personnel can be a starting point, he said, potentially by sourcing local referees and judges for events and using augmented and virtual reality to allow judges to assess performances virtually.

Higham said he’s not suggesting that the games be conducted in empty stadiums—host cities rely on the revenue that tourists and spectators bring when they come to the Olympics.

“I’m not talking about an entirely virtual Olympic Games,” Higham said. “But we need to adopt these technologies and these changes in attitudes so that we can reinvent the Olympic Games and other events to be much, much more sustainable than they are now.”

The Fin Whale Makes a Comeback

When a pod of dozens of fin whales feast together on krill, the surrounding water looks like it’s boiling. The whales lunge, dive and surface, and their rapid activity stirs up the water in a frenzy of feeding.

That’s the scene marine mammal ecologist Helena Herr recalls. She witnessed the fin whale aggregation in the Southern Ocean near the Antarctic Peninsula in 2018 and documented it in a research paper published this month in the journal Scientific Reports. Such a phenomenon had not been documented since the early 20th century, prior to industrial whaling.

Intensive whaling began in the Southern Ocean in 1904 and continued until it was outlawed in 1976. During that period, 700,000 fin whales were killed and the population was reduced to just a few thousand individuals. But since the 2000s, more and more fin whales have been observed, and they now have been documented in enormous feeding aggregations of groups as large as 150.

“In our times, it is a very positive sign to see a large mammal species recover, because usually what we hear is the other way around: we are not gaining any conservation successes, we just hear of another species declining or being extinct,” said Herr, of the University of Hamburg in Germany. “It is a rare thing for a large whale species or a large mammalian species to recover. And I think it should teach us a lesson that if we really enforce management and conservation, we have the power to change things.”

Fin whales are vital members of the ecosystem in the Southern Ocean. They feast on the krill— tiny crustaceans—and defecate iron-rich feces that help fertilize phytoplankton that the krill eat. This cycle is known as the “whale pump,” and it can help increase carbon sequestration in the ocean by enhancing phytoplankton production. The organisms store carbon through photosynthesis, removing carbon dioxide from the atmosphere.

Herr wants to take the research to the next level to help further conserve fin whales. Now that she and others have observed the animals in their feeding grounds, she wants to figure out where fin whales are breeding and ensure they are protected there.

“We can’t stop here. We cannot just say, ‘Oh, it’s all good. Now the fin whales are back,’” Herr said. “It’s just the beginning of a recovery.”

The Return of the Woolly Mammoth?

Longtime environmentalist Stewart Brand believes that we humans can solve our climate and biodiversity crises with our own technology and power. “We are as gods,” he wrote in 1968, “and we might as well get good at it.”

It’s a controversial perspective. But Brand, 83, has spent his life at the forefront of new ideas and innovations that later became widespread, from living in San Francisco in the late 1960s and experimenting with LSD, to a stint self-publishing the Whole Earth Catalog of tools that later inspired Steve Jobs, to pioneering the “personal computer” in the 1980s. Now, Brand’s newest fascination: bringing extinct species back to life. Specifically, the woolly mammoth.

Brand is the subject of a new documentary film coming to theaters in New York and Los Angeles next month. The film, titled “We Are As Gods,” created by filmmakers David Alvarado and Jason Sussberg, chronicles Brand’s life of prescience and dives into his divisive work on de-extinction.

Inside Climate News recently discussed the film with Alvarado and Sussberg. This conversation has been lightly edited for length and clarity.

Why did you want to make this film about Stewart Brand?

Sussberg: One of the central questions that we had going into this was: how was he always at the leading, bleeding edge on the frontier of everything? From culture with the summer of love, to science and technology and engineering with the internet and everything that he’s been a part of, going back to the birth of the environmental movement. Everything that he’s been on the vanguard of. When he said that we could bring animals back from extinction, it was something that we took seriously. We’re like, ‘Well, if he’s saying it, then then it probably will happen.’ And if it does happen, you know, there’s gonna be a lot of interesting conversations around it that we could build a dramatic story around, whether or not we believed in it. It wasn’t really germane whether or not we agreed it was a good idea or thought it was a bad idea. It was more interesting that there was a controversy that we could scaffold a documentary around.

Sussberg: The reason he’s controversial or contrarian is because he is kind of checking his own biases and saying, like, ‘How can I think about this differently? Am I in an ideological trap right now that I’m thinking about things because I believe in X, therefore it’s predictive of whether or not I believe in Y?’ He’s looking at things with a fresh perspective and he’s constantly trying to approach things in sort of a hungry, foolish way of like, ‘OK, what do we know? And what am I wrong about? And what will I be wrong about in 10 years?’ And so he’s never shied away from thinking about unorthodox ideas and pushing himself and others to the limit.

Alvarado: When you think about the woolly mammoth, it’s far fetched and silly sounding for sure. But I think Stewart sees it as an image, that just because we stupid humans have done stupid extinctions, maybe there’s a way to reverse it. Maybe it’s not the mammoth, maybe the mammoth is just a symbol of the ability to do that. There are species today that are on the verge of extinction. What if this de-extinction technology can play an important and irreplaceable role in saving those species?

What do you want viewers to take away from this film?

Alvarado: We want people to walk away having a conversation about it, because we don’t pretend to have the answers. What we do is we show ideas and action through humans, the people around science and technology, and we hope to let the viewers walk away with their own opinions, maybe newly formed ones, but also maybe different than somebody else they watched the movie with. So that conversation is really our goal.

For generations, Ken Armijo’s family has been farming heirloom chili peppers in New Mexico, which across the state are roasted to unlock their powerful flavor and eaten in everything from enchiladas to pizza to spaghetti. One of the pillars of life on the farm, Armijo recalled, is this: “If we’re good to the land and the environment, the environment and the land will be good to us.”

He brought that mentality to a career as an engineer at Sandia National Lab in Albuquerque, where he developed new ways to use solar power for more than just electricity. Armijo found his way back to his roots in his latest project using concentrated solar energy, rather than the fossil fuel propane, to roast chili peppers.

“Chili peppers have been in my family for a long time, and for Hispanics and Latinos in the Southwest, chili peppers are a large part of most of the cuisine that we have,” Armijo said. “I feel that this is a really interesting opportunity to showcase how culture and technology can be intertwined.”

Ordinarily, about 20 to 40 pounds of chilis are placed in a perforated steel drum and rotated over a propane flame for a few minutes. Armijo’s solar-powered chili roaster uses a few dozen mirrors to concentrate sunlight on the drum to heat it to a desired temperature and roast the chilis without any flame or fuel.

This is a promising sustainable alternative for other foods that are roasted, he said. “In addition to chili peppers, how could this impact, let’s say coffee roasting? Or toasting grains to make porters and stouts and beer? Or other types of cuisine?” 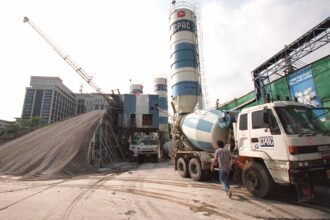