Supporters of a federal wind subsidy vowed Thursday to double down on their effort to keep the tax credit alive for at least one more year. The message came hours after Congress killed what was seen as the incentive’s last best chance for survival.

“Our campaign continues,” Denise Bode, chief executive of the American Wind Energy Association, a trade group, said in a statement. “By all reports, wind champions on both sides of the aisle in both the Senate and House … are now working to get the job done by other means.”

The production tax credit (PTC), which expires at the end of the year, is seen as crucial to the industry’s growth. The last time it lapsed, in 2003, wind development dropped by almost 80 percent the next year. Vestas, the world’s biggest turbine maker, says it may fire 1,600 U.S. workers if the subsidy lapses.

For months, the industry lobbied to tuck a four-year PTC extension into a payroll tax cut deal. The effort had broad bipartisan support from Congressional lawmakers, GOP governors and business lobbyists, including the U.S. Chamber of Commerce.

But it wasn’t enough. A deal reached Thursday by House and Senate leaders to prolong the tax deal, which appears poised to pass by the end of the month, excluded all tax break extensions and energy provisions. The House passed the bill on Friday.

Wind supporters are now lobbying for two options, and neither look terribly promising.

The first is to tack the PTC extension on to the Senate’s $109 billion transportation bill. On Wednesday, Sens. Michael Bennet (D-Colo.) and Jerry Moran (R-Kan.) filed an amendment to the legislation for a one-year PTC extension.

But the bill’s fate is highly uncertain. The Democrat-led Senate has White House backing, and a final vote could come this month. But the Republican-controlled House isn’t likely to get on board with the deal. And its own $260 billion transportation measure, which passed Thursday, faces a veto threat from President Obama if it reaches his desk.

The second possibility has even slimmer chances. The PTC could get a four-year extension through a House bill that’s been on file since November and has 70 co-sponsors, but hasn’t moved an inch.

Since 2003, when the PTC was last reinstated, new wind capacity has increased seven-fold to nearly 47,000 megawatts installed today. The industry employs 80,000 people and has over 400 wind manufacturing facilities in 43 states. The PTC has lapsed three times since 1999 and has received seven short-term extensions.

It was budget week in Congress, giving candidate Obama a chance to slap price tags on his major energy priorities.

On Monday the president unveiled his $3.8 trillion budget for fiscal year 2013, which begins on Oct. 1. The proposal includes $6.7 billion for clean energy programs across mainly the Departments of Energy and Defense, a 13 percent increase over the last enacted budget, according to a White House press release. More than one-third of those funds, or $2.3 billion, would go to DOE’s office of energy efficiency and renewable energy projects, known as EERE. EERE’s main goals are to make clean energy cost-competitive with conventional sources and American businesses more energy efficient.

Notably, there’s no new money for the DOE loan guarantee program that backed the failed solar panel maker Solyndra. But there is a plan to reauthorize $5 billion in new tax credits for clean energy manufacturers.

To help pay for his green agenda, Obama would cut $4 billion in yearly tax breaks for big oil, gas and coal companies over ten years.

But any proposal would need Congressional approval. Republicans swiftly rejected the full budget.

The budget comes as conservative Republicans are demanding deep cuts to Obama’s existing clean energy programs. The House is expected to pass an alternative to the Obama budget in coming weeks, one likely to focus on slashing spending wherever possible.

Senate Democrats declined to bring Obama’s plan to a vote, saying their work on the August 2011 deal to raise the federal debt ceiling acts as a “de facto” budget, Roll Call reported. Senate Republican leader Mitch McConnell, however, says he plans to try to force a Senate vote on Obama’s plan in the coming months.

Its chances aside, the budget offers a look at the president’s approach on clean energy issues, as he seeks to underscore differences with GOP opponents in Congress and on the campaign trail. In the chart below, InsideClimate News lists the key program areas by the amount of money budgeted. Nearly all the funding is for research, development and/or deployment. 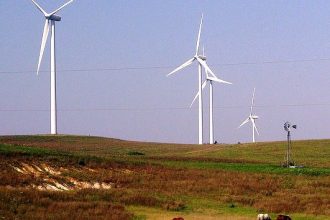