State legislatures in coal-dependent parts of the country are taking action to delay complying with the Obama administration’s Clean Power Plan.

Since the 2015 legislative session convened last month, at least a dozen states have introduced bills that effectively increase bureaucratic red tape and stall states from submitting compliance plans to the Environmental Protection Agency (EPA). And, in some cases, the bills grant legislatures the power to veto their states’ carbon emission reduction plans.

The bills introduced in West Virginia, Minnesota and Montana, for instance, require that state plans be submitted to the legislature for approval before they go to the EPA. In Colorado, legislators want the state utility commission to sign off on the plan before it goes to Washington.

The maneuvering has quickly spread well beyond the borders of coal-rich states. In Nebraska, Arizona and South Dakota, lawmakers are trying to require that their states’ environmental agencies prepare a preliminary report detailing the plans’ impact on the economy.

“The overall strategy is to find ways to choke the state plan with red tape one way or the other,” said Aliya Haq, a director in the climate-and-clear-air program at the Natural Resources Defense Council. “These bills are all misguided in that they ironically limit the state’s options,” she said.

Under the Clean Power Plan, states have been assigned specific carbon reduction targets. Nationwide, the Obama administration aims to slash emissions 30 percent by 2030. The EPA is currently reviewing comments on the plan and is expected to finalize the regulations this summer. Once the rulemaking process is completed, states are on deadline to submit their plans by June 2016.

If a state does not submit a plan or submits one that fails to meet the EPA’s requirements, then the federal agency must formulate a plan of its own for the state.

Lawmakers have argued that they should be allowed to weigh in on any plan that significantly affects their states’ economies. They contend that the EPA is overstepping its authority and that the Clean Power Plan will lead to higher electricity prices for consumers.

“This is greater than just a coal debate,” Delegate John Shott said at a hearing in the West Virginia House. “This is a debate about the federal EPA telling citizens how much energy they can use in their own homes.”

Shortly after, West Virginia’s House passed a bill requiring legislative approval of the state plan, which would be drawn up by the Department of Environmental Protection.

Environmental groups see the recent onslaught of legislation as a delaying tactic. They say that trying to push back or prevent submission of a plan will not give states a free pass from reducing carbon emissions. Instead of choosing the most cost-effective plan agreeable to all stakeholders, the states will ultimately pigeonhole themselves and be forced to accept a boilerplate plan proposed by the EPA, they say.

The Trouble with Kentucky

After the Obama administration announced the Clean Power Plan last year, a number of states introduced bills seeking to restrict the content of their compliance plans. Although many of the proposed bills were watered down during the legislative process, one state—Kentucky—successfully passed a bill that limits the environmental agency’s options to meet the EPA’s target.

As a result, Kentucky cannot propose a solution that increases the use of renewable energy or energy efficiency, or encourages power plants to switch from coal to natural gas.

“It’s tough to say exactly what we’re going to do,” said John Lyons, assistant secretary for climate policy and the man in charge of putting together Kentucky’s carbon reduction plan. “There’ve been no attempts to revise the law in any way and it will likely be the same statute when we’re thinking about submitting the plan. Certainly, we’re not going to meet the target with this law.”

If Kentucky’s plan is rejected, the EPA is obligated to propose a plan for the state, under federal edict. Lyons finds this less than ideal. A federal plan will not take Kentucky’s specific situation into consideration, he said.

Kentucky’s new law was based on model legislation advocated by the American Legislative Exchange Council (ALEC), a conservative, business-backed group based in Virginia. ALEC routinely proposes legislation for states to adopt. While ALEC is secretive in its operations, leaked internal documents show that coal companies like Peabody Energy and their trade associations are bankrolling the group.

At the national level, opposition to the EPA’s plan has been fierce. The GOP-led Congress has severely criticized the EPA for proposing to regulate carbon emissions. In a recent hearing, Oklahoma Sen. Jim Inhofe, who chairs the Senate environment committee, lambasted a senior EPA official, insisting that the science on climate change is not settled. Inhofe also questioned why the U.S. should take action when developing countries’ emissions continue to increase.

“Are you operating on some kind of delusion that China is going to change their behavior?” he asked.

In an effort to derail action on carbon emissions, coal-reliant states have also banded together to sue the EPA on the grounds that it lacks jurisdiction to impose carbon reductions. Kentucky is one of the 12 states involved in the lawsuit.

“Once the rule is finalized, then the litigation and/or acts by Congress will start,” said Lyons. “But the clock is going to be ticking for the states by late summer of 2015. We don’t have the luxury of waiting around after that if we in fact intend to submit a plan.”

‘A Pseudo-Organic Feel of Outrage’

ALEC recently produced model legislation that offers ways to block states from submitting compliance plans to the EPA. The model suggested that lawmakers require the state environmental agency to submit a report assessing the plan’s effects on the state’s power sector, consumers and economy. The model also included language requiring agencies to submit their plans to their legislatures for approval.

“The whole concerted national effort to have this pseudo-organic feel of legislative outrage about tackling climate change seems completely contrived by groups like ALEC,” said David Masur, executive director of PennEnvironment, an advocacy organization based in Pennsylvania. But Masur cautioned that ALEC is not the only organization working to undermine efforts to address climate change. Segments of the Tea Party, the coal industry and mining unions are all hugely influential, he said.

ALEC did not respond to repeated requests for comment.

Pennsylvania is one of a handful of states that have already enacted rules requiring legislative approval of the state plan to cut carbon emissions. The law does provide a loophole that allows the governor to submit a compliance plan without legislative approval. The legislation was signed last October under then Gov. Tom Corbett, a Republican who had been vocal in his opposition to the Clean Power Plan.

Since then, polls have confirmed that Pennsylvanians believe climate change is a real and immediate threat that requires swift action. A recent survey conducted by a bipartisan polling team found that 82 percent of Pennsylvanians want their state to implement its own plan to reduce carbon pollution. A majority support clean energy and doubt that renewable energy will mean burdensome costs to consumers.

Pennsylvania’s newly elected governor, Tom Wolf, a Democrat who ran on a pro-environment platform, has indicated that he will engage with the EPA to meet the state’s targets under the Clean Power Plan.

“It’s depressing that groups like ALEC have so much influence,” said Masur. “When hundreds of thousands of people say that the time to tackle climate change is now and the state legislature and governor [Corbett] ignore that and say we will still do what we want, that’s a bad signal for democracy.” 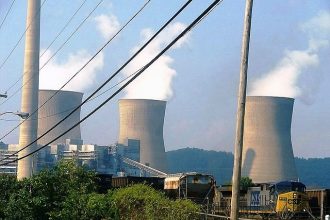