When Florida Gov. Ron DeSantis took office two years ago in a state that had been hammered by two major hurricanes in two years and was suffering through an epic toxic algae crisis, he earned widespread praise for appointing the state’s first chief science and chief resilience officers.

Now, the DeSantis administration has acknowledged it no longer has a dedicated chief science officer, either.

Weesam Khoury, a spokesman for the Florida Department of Environmental Protection, confirmed on Wednesday that Thomas Frazer’s appointment late last week to a state environmental commission meant that  the marine scientist no longer holds the title of chief science officer.

In a written statement Wednesday, Frazer said it had been “an honor to serve as Florida’s first chief science officer and an exceptionally rewarding experience. We have accomplished a great deal during the last two years and I feel privileged to have been part of an extremely talented team of professionals who are committed to the protection of Florida’s environment and its rich array of natural resources.”

Khoury declined to elaborate on when and how the governor may decide to replace him.

“We look forward to making an announcement in the near future regarding the next chief science officer,” Khoury said in a written statement.

DeSantis still has not found a full-time replacement for Nesheiwat. Noah Valenstein, who heads the Florida Department of Environmental Protection, is currently also serving as the state’s chief resilience officer.

Frazer’s new post is a seat on the low-profile Florida Environmental Regulation Commission, a seven-member, non-salaried board selected by the governor to set environmental standards and rules for the state that hasn’t been meeting much, according to its website.

Frazer said he is “grateful for the opportunity to represent the scientific community on the Environmental Regulation Commission.”

As chief science officer, Frazer had kept a relatively low profile in a state with exceptionally large environmental science problems. He spoke with Orlando public radio station WMFE in 2019 about how he planned to bring science and accountability to some of the state’s hardest environmental problems, like toxic algae.

Environmental advocates and scientists said he rarely used what could be a bully pulpit to talk about how climate change was affecting Florida, including sea-level rise, nor joined the chorus of the many scientists calling for sharp reductions in greenhouse gases because of the climate crisis.

“I have not heard Thomas Frazer talking about energy issues or climate change,” said Susan Glickman, the Florida director of the Southern Alliance for Clean Energy, a regional environmental group that advocates for clean energy. “Honestly, we just haven’t heard much from him at all.”

Instead, environmental advocates who followed his tenure as the state’s first chief scientist said he largely stuck to working with a blue-green algae task force that made recommendations to clean up Florida waterways, which were in crisis during the 2018 gubernatorial campaign.

In Lake Okeechobee and on the Atlantic Coast, slimy, rancid blooms of toxic blue-green algae prompted health warnings to stay out of the water. On the Gulf Coast, toxic red tide algae burned beachgoers’ eyes and lungs and killed manatees by the dozens.

“We have seen overwhelming support in our efforts to protect and conserve our waterways and natural resources, and while there is still plenty of work to be done, I look forward to building upon our recent successes,” DeSantis said.

Frazer was quoted in a local newspaper as saying the legislation was “one the most environmentally progressive pieces of legislation that we’ve seen in over a decade. As a scientist that’s pretty rewarding to me.’”

But the Florida Springs Council, Sierra Club Florida, and Waterkeepers Florida took Frazer to task for supporting the legislation, calling it “well-intentioned” but “deeply flawed,” while adding that it ignored many of the task force recommendations.

“It did not hold agriculture accountable at all for its pollution, and really didn’t put any teeth into any of the various aspects of the bill,” said Cris Costello, senior organizing manager with the Sierra Club in Florida. “It was very milquetoast, it was definitely what industry would live with.”

In an interview last year with WMFE, Ryan Smart of the Florida Springs Council acknowledged that “if you are living in an area where your primary pollution sources are from wastewater treatment, it is going to give you some relief. It also is going to do some things to help restoration down in southeast and southwest Florida, where the major problems there are related to wastewater treatment and discharges from local governments.”

But he said that “wastewater is a very small percentage of the overall problem affecting our waters in Florida. The major culprit is agriculture. And the bill does not require agriculture to reduce even one pound of nitrogen across the state. So what it really does is it shifts the burden of making our water clean, from those who are most responsible for polluting it, to homeowners.”

The same three organizations this week called on Frazer to support new legislation that they said would represent the actual implementation of the task force recommendations.

The administration quietly announced Frazer’s appointment along with three others: Cari Roth, vice president of governmental and regulatory affairs for Lykes Bros. Inc., an agribusiness with interests in cattle and citrus, among other things; Jim McCarthy, president of the North Florida Land Trust; and Eric Buermann, former chairman of the South Florida Water Management District.

“To get Tom Frazer over to the ERC,” Eikenberg said, “yeah it hasn’t met, but they just named a number of people to that board that brings great value and critical thinking to these issues. And to have a new science officer here shortly, I think it’s a great opportunity for Florida.”

The headline of an earlier version of this article gave an incorrect first name for Florida’s governor. He is Ron DeSantis. 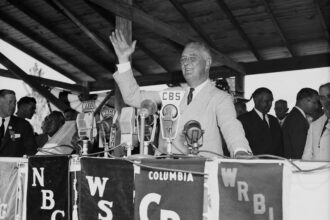 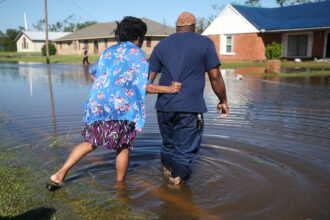 The Atlantic Hurricane Season Typically Brings About a Dozen Storms. This Year It Was 30