A $2 trillion group of investors will ask regulators on Friday to force oil and gas companies to provide more disclosures about climate-related risks to their businesses.

The request, backed by 62 institutional investors from the U.S. and Europe, is included in an April 17 letter to Mary Jo White, head of the Securities and Exchange Commission. The comptrollers for New York State and New York City submitted a similar letter to the commission. The letters are the latest sign of the growing concern from shareholders and others about how fossil fuel companies would fare in a world that’s shifting to low-carbon energy sources.

“We are concerned that oil and gas companies are not disclosing sufficient information about several converging factors that, together, will profoundly affect the economics of the industry,” the investors wrote.

“We have found an absence of disclosure in SEC filings regarding these material risks,” said the investor group, which was organized by the sustainability group Ceres.

On Thursday, shareholders of oil giant BP reinforced the importance of such disclosures by overwhelmingly approving a measure that requires the company to provide more robust yearly climate change-related information, including data about the viability of BP projects in a low-carbon economy.

The disclosures are designed to allow investors “to judge whether BP is positioning itself to be a sustainable player in the energy system,” said Edward Mason, head of responsible investment at the Church Commissioners, the Church of England. The church was part of a broad coalition backing the BP resolution.

The BP measure was approved by more than 98 percent of the shares voted, surpassing the 75 percent benchmark for making the resolution binding under British law. Beginning next year, BP must disclose efforts to cut carbon emissions; whether company projects will be viable in a low-carbon economy; the company’s investment in low-carbon energy technology; executive incentives tied to the low-carbon transition; and BP’s lobbying on climate-related public policy.

Shareholders have repeatedly requested similar information from ExxonMobil, Chevron and other U.S. oil and gas companies. Several of those requests are included in resolutions set for annual meeting votes next month. Under U.S. securities law, shareholder resolutions are not binding, and fossil fuel companies have routinely opposed and tried to disqualify all shareholder proposals.

Last year, ExxonMobil agreed to produce a report on stranded asset risk in response to a shareholder resolution. In the report, the company dismissed the concern by noting that rising global demand for energy would protect its fossil fuel reserves from becoming stranded through 2040.

The ExxonMobil report was criticized for ignoring several factors, including scenarios where increased energy demand could be substantially met by sources other than fossil fuels. The company hasn’t included that kind of analysis in SEC filings, though, and neither have other oil and natural gas companies.

“It’s an across-the-board omission,” said Jim Coburn, a senior manager at Boston-based Ceres. “The companies are not really answering most of the questions that investors are asking.”

Friday’s letter from the institutional investor group makes the case that carbon asset risks have become a significant concern that falls within the definition of issues that must be addressed in SEC documents.

In February, the London-based group Carbon Tracker wrote to the SEC seeking greater climate-related disclosures, as well as regulations that would standardize disclosures for capital spending and the carbon content of fossil fuel reserves, Ceres said.

It’s unclear how the SEC will respond to the letters, or how quickly it might act if it agrees that more disclosure is warranted.

“The SEC could act quickly here if it wanted to,” said Coburn of Ceres. “We would love the SEC to really embrace the concept of climate risk, and to acknowledge that, apart from what happens in Paris [on a climate treaty], there’s a trend toward low-carbon economies that’s picking up speed.” 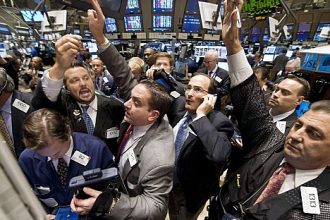 75% of Companies Not Disclosing Climate Risks