McAuliffe issued an executive order directing state environmental regulators to begin creating a market-based carbon-trading program. The mandatory cap-and-trade program would become the third in the country, after California’s statewide carbon compliance market and the Regional Greenhouse Gas Initiative (RGGI), a cap-and-trade program consisting of nine states in the northeast. The Virginia program would likely be linked to either of these trading programs.

“The threat of climate change is real, and we have a shared responsibility to confront it,” McAuliffe said.

“Once approved, this regulation will reduce carbon dioxide emissions from the Commonwealth’s power plants and give rise to the next generation of energy jobs,” he said. “As the federal government abdicates its role on this important issue, it is critical for states to fill the void.”

The order calls for state regulators to create a legal framework for emissions trading. A proposed rule with details of the plan is expected this December, shortly before McAuliffe’s term ends, and a rulemaking process will follow.

“As with administrative rulemaking, he has the authority to regulate carbon, but he can’t pre-dictate what the final results are going to be,” explained Walton Shepherd, a staff attorney with the Natural Resources Defense Council. “The standard he’d like to shoot for is to trade in existing markets, so presumably the stringency would have to be at or above those states in order to participate.”

Last week, the state’s attorney general issued an official opinion confirming that the State Air Pollution Control Board has the authority to regulate carbon emissions from existing power plants.

At a press conference Tuesday morning in Alexandria, McAuliffe, a Democrat, said he supported a national program to cut carbon emissions, including the Clean Power Plan, President Barack Obama’s signature effort to cut greenhouse gas emissions and meet the targets of the Paris climate pledge. The plan, which was challenged by the power industry and 24 states, is currently under a stay from the Supreme Court, but the Trump administration is continuing its attempts to reverse it.

“Unfortunately, the news out of this White House is alarming,” McAuliffe said, according to the Associated Press. “The citizens of our commonwealth want and expect us to confront this issue.”

Virginia Republicans, who control both houses of the legislature, are already hinting at possible legal action.

“The governor is ignoring the legislative process by putting forward broadly expansive environmental regulations—a policy he never proposed to the General Assembly,” Speaker of the House William J. Howell said in an emailed statement. “We are carefully reviewing today’s announcement and will take every action necessary to ensure that the voices of Virginia’s citizens are heard, and that major policy changes are adopted through the legislative process.”

“This is a perfect example of how states and local governments can ensure our nation takes climate action even as Donald Trump buries his head in the sand while the seas are rising,” Sierra Club executive director Michael Brune said in a statement.

“The governor can further cement a positive legacy on climate change by finally dropping his support for offshore oil drilling in Virginia and—most importantly—drop his support for two massive proposed pipelines to transport fracked gas from West Virginia to Virginia,” said the Chesapeake Climate Action Network.

Tuesday’s executive order follows on another that called for a series of meetings where regulators and the industry weighed in on possible strategies the state could adopt to cut its emissions. Dominion Resources, the state’s biggest utility and a rare supporter of the Clean Power Plan, was among them.

“Dominion Energy has been preparing for carbon regulation for some time now and appreciates being a part of the stakeholder engagement process,” spokesman David Botkins said in an emailed statement, adding, “It still looks like the regulatory uncertainty around carbon continues.” 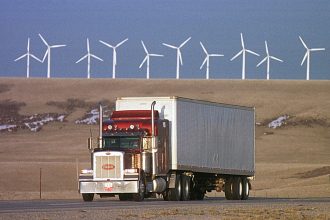