Nearly every part of the United States will face a significant increase in extremely hot days by mid-century, even if some action is taken to reduce greenhouse emissions, a new study says. If nothing is done to rein in climate change, it warns, the impact will be worse.

Large parts of the Central and Eastern U.S. will get a taste of what that feels like over the coming days as a muggy heat wave settles in.

The study, published in a peer-reviewed journal and as a longer report by the Union of Concerned Scientists, used 18 climate models to predict changes in the heat index—the mix of heat and humidity that reflects how hot it feels—across the contiguous U.S. as global temperatures rise over the coming decades.

It found that the number of days when the average temperature will feel like 100 degrees in the Lower 48 states will more than double, from about two weeks at the end of the last century to 30 days by mid-century, even with some efforts to reduce the greenhouse gas emissions that drive global warming.

And the number of days with a heat index of 105°F or more will more than triple to nearly three weeks, the study found.

The study is part of a growing body of research linking the frequency of extreme heat days and heat waves to climate change.

When the researchers broke down the data regionally, they found that even areas of the U.S. where extreme heat has been historically rare will see significant increases in the number of hot days.

For example, states like Connecticut, Massachusetts and Rhode Island have averaged only about a week out of every year with a heat index of 90°F or higher, the study says. But by midcentury, even with some action taken to reduce emissions, that number jumps to more than a month. For historically hot states, like Florida or Texas, the number of days hitting 100°F or higher on the heat index jumps to more than 100.

“That’s the equivalent of all of June, July and August,” said Kristina Dahl, the study’s lead author. “There are almost no places in the U.S. that won’t be affected by extreme heat in the coming decades.”

For people living in states unaccustomed to the heat, where homes often don’t have air conditioning, the rising temperatures mean new expenses.

And for those who can’t afford the cost of air conditioning, the increase in extreme heat days can become a health threat, Dahl said. A heat wave in Chicago in 1995 killed more than 700 people. “Most of them were elderly residents who didn’t have air conditioning. So, we know that air conditioning saves lives,” she said.

As the need for cooling grows, so do utility bills—meaning low-income families who can’t afford to pay the extra cost could be most at risk from the heat.

“The concern is that people who can’t afford to use air conditioning won’t be using it,” said Andrew Grundstein, a University of Georgia professor of geography and climate science. “And they will feel the full effects of heat increase over time.”

The number of window air conditioning units is expected to more than triple globally by 2050, and those systems could increase the planet’s temperature by almost 1°F by the end of the century, according to a report last year by the Rocky Mountain Institute.

Young Athletes and Laborers at Risk

The rising heat has also been a growing problem for outdoor laborers and high school sports.

Seven years ago, a string of high-profile deaths involving high school athletes who suffered heat stroke pushed the Georgia High School Association to adopt new policies to prevent heat-illness among student athletes. As of last year, 28 states had adopted similar policies to those in Georgia—known as preseason heat acclimatization guidelines—according to the National Athletic Trainers’ Association.

“Things have come a long way since 2012,” Grundstein said. “Georgia has a really good heat policy now, and a lot of other states are following suit.”

As the effects of global warming become more prominent, Grundstein said, he believes more athletic organizations will start talking about heat-illness in tandem with climate change.

Already, some worldwide sports organizations have begun adjusting for the warming climate, Grundstein said. FIFA plans to hold the 2022 World Cup in winter for the first time because of concern over high temperatures in the host country, Qatar.

“You can kind of see these patterns in terms of these international competitions,” Grundstein said. “You’re just seeing more and more heat-related problems popping up.” 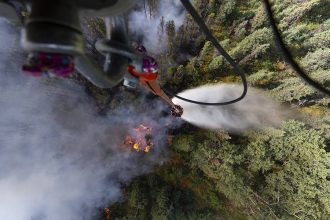 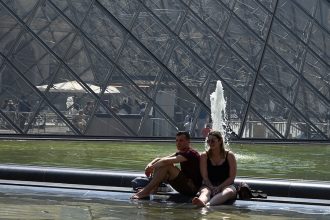 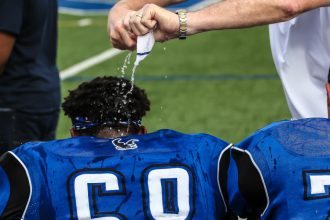