During the last El Niño, global average temperatures spiked to more than 1 degree Celsius above pre-industrial levels for the first time on record, and carbon dioxide levels increased at a record pace.

Now, scientists working with data from a carbon-tracking satellite have figured out where most of that CO2 surge came from. The source was three massive tropical forest regions, in different parts of the world, that each responded to the rising temperatures in a very different way:

If those forest regions respond to global warming being caused by human activities in the same way they did during the 2015 El Niño temperature spike, they will become net sources of CO2 instead of carbon sinks, Denning said.

“Up to now, land ecosystems, mainly forests, have been mitigating part of the fossil fuel problem. They’ve been sucking CO2 out of air, about 25 percent of our fossil fuel emissions,” he said. “The worry is that, as the climate warms, that will stop, and that’s exactly what we saw.”

During El Niño, the ocean in the equatorial Pacific is warmer than average, which also warms areas over land and changes precipitation patterns.

During the 2015 El Niño, “there were three completely different responses to the climate event and they resulted in the release of nearly 3 gigatons of carbon, equal to about a third of all the emissions from fossil fuel burning, so this isn’t just some small detail,” Denning said.

Even before the findings announced by NASA last week from the satellite data analyses, scientists had already attributed nearly all of the record 2015 warmth to the buildup of heat-trapping greenhouse gases. They also knew that, in 2015 and 2016, CO2 was building up faster in the atmosphere, which was puzzling, because emissions from human sources weren’t increasing at that pace.

Scientists suspected that the extra warming boost caused by El Niño was a factor, and the new satellite data on CO2 confirms it, said Annmarie Eldering, the deputy project scientist for the NASA/JPL OCO-2 mission, which tracks CO2 by measuring slight changes in the reflectivity of the atmosphere.

“We know there’s variability in the natural system, but it’s not driving the direction of change,” she said. “More and longer droughts will increase CO2, which will warm Earth even more.”

The new information shows how changes in land-surface processes are driving CO2 trends, said Paul Palmer head of an atmospheric research team at University of Edinburgh and part of OCO-2 science team.

Denning, who has been studying the carbon cycle for 25 years and is also on the OCO-2 science team, said the new satellite measurements mark a giant step forward for scientists measuring changes in the atmosphere.

“We used to do this literally by FedEx,” he said. We’d send 2 liter glass bottles to remote sites all around the world and ask volunteers to fill them. They would send them back by FedEx to be tested in a lab in Boulder. When I was a grad student, we had 100 measurements a week. Now we have 100,000 per day.”

The lab tests are more sensitive and provide more exact chemical breakdowns, but what the satellite readings lack in detail, they more than compensate with sheer volume and the ability to measure carbon across big areas of the landscape. Measuring the CO2 pulses in 2015 and 2016 was like a “natural” experiment, he said.

“You couldn’t go out and shut off the Amazon, or stop the rainfall, but the Earth can, and watching it was amazing,” he said. “We could observe the gory details of the changes in the CO2 cycle that resulted from the changes in the climate.” 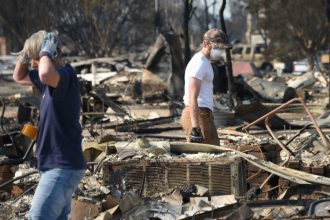 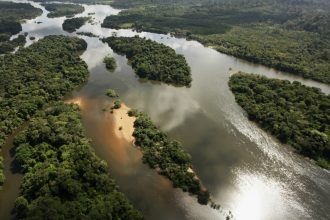 Death by 1,000 Cuts: Why the Forest Carbon Sink Is Disappearing 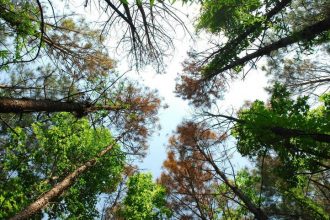