The rapid surge in staple food prices in 2008 that sparked global riots and sent millions into poverty is back. Now, researchers say that because of global warming and trends in population, these dramatic price movements in the food economy are likely here to stay.

The influential Worldwatch Institute, based in Washington, D.C.,  gave warning last week that if current trends continue, extraordinary weather events like last year’s Russian heatwave that wiped out 40 percent of the nation’s wheat crop will recur more frequently, with effects felt everywhere and especially in the world’s poorest regions.

“The frontlines of this crisis are occupied by the world’s 925 million undernourished people,” the group said in its annual State of the World report.

Every year since 1984, the institute has catalogued current environmental problems across the world; this is the first annual volume dedicated to food and agriculture.

Authors of the 270-page report say the second spike in world food prices in just two years is a “harsh reminder of the vulnerability of a world food system” amid “an increasingly unstable world climate.” The drought in Russia rapidly boosted food prices by one third, with ripple effects that have spread across the entire food market.

The report’s focus on food instability and global warming reflects what many environmental analysts have been working to do: making visible the link between increases in man-made greenhouse gases and cuts in world farm output.

Lester Brown, founder of both the Worldwatch Institute and the Earth Policy Institute (EPI), where he currently serves as president, says he is certain that climate change-induced droughts, water shortages and flooding from heavy rains pose urgent danger to global food security.

The 76-year-old pioneer of American environmentalism and sustainable development has authored or co-authored over 50 books in his decades-long career — many of which warn about the risks of the overconsumption of natural resources. His latest work, “World on the Edge,” details a planet teetering on the brink of “politically destabilizing food price rises.”

The world is creating a “food bubble,” he says, which could theoretically burst “at any time now.”

“The new reality is that the world is only one poor harvest away from chaos,” Brown told reporters on a conference call to launch his new book. If a heatwave on par with Russia’s struck the U.S. — the world’s largest grain exporter by far — it would trigger “chaos in world grain markets,” he said.

Something fundamental is affecting world supply of cereals, Brown continued, adding that “we need to be thinking about how to stabilize climate.”

Nearly every year in the past century has been hotter than the year before as carbon dioxide levels increased. National science agencies from the U.S., Canada, the UK and India announced in recent days that 2010 tied with 2005 the warmest year ever recorded since records began in the late 19th century.

Between 2006 and 2008, wheat prices shot up by about 135 percent and corn by 125 percent, with knock-on effects on soybeans, rice and other basic foodstuffs, in part due to crop shortfalls from extreme weather events.

Now, the world is back again to record-high food prices. The U.N. Food and Agricultural Organization (FAO) announced recently that its food price index jumped 32 percent in the second half of 2010, the highest ever recorded.

Of course, sudden grain price hikes are not new. Single weather events have caused crop failures many times during the last 50 years, sending prices soaring until they boomeranged back, usually within a year.

But today’s “agflation” looks different to many observers.

“There is no norm to go back to,” said Brown. “The world’s climate is in the process of change.” What we are seeing now, he said, are “trend-driven rises” not “event driven” ones.

Of course, factors affecting food prices are complex. They include fluctuations in oil prices, financial speculation in commodity futures, agricultural subsidies, soil erosion, aquifer depletion and the increasing appetite of ethanol refiners for the American corn crop, which directly affects the food market by diverting grain away from food for fuel.

This year, for instance, the U.S will use about 119 million tons of its harvest of 400 million tons to mix with oil — enough to feed about 350 million people for a year, according to EPI. Brown says the corn required to fill up an SUV tank can feed one person for a year.

Adding to the mix are several slow and tough-to-reverse trends. In addition to warming, Brown highlights the pressures of an annual population growth of 80 million people and increasing demand for meat in middle-class Asia, which is triggering demand for animal feedgrains.

Brown said quick-fix technological solutions in the agricultural sector designed to fine tune plant breeding — such as drought- or cold-tolerant seed strains — “are marginal” in terms of their effectiveness in raising grain yields. “I don’t see anything with dramatic gains.”

The Worldwatch Institute authors agreed. “The seeds and fertilizer are often too expensive for the vast majority of poor farmers, or they are simply unavailable,” they wrote. “This is a seductively simple formula, but in many cases it has not worked.”

“We have to move fast,” Brown said. “And that means restructuring the world energy economy” to control the rise in global temperatures.

“It means shifting from fossil fuels, from oil and coal and gas to wind, solar and geothermal” by lowering income taxes and creating a carbon tax, he continued, “hopefully with the United States taking the lead.”

Brown called for a dramatic 80 percent cut in greenhouse gas emissions by 2020, at a time when rich nations’ collective carbon cuts add up to only a 12 to 19 percent reduction, according to figures from the World Resources Institute.

Wind energy is his solution of choice to slow the pace of warming. “We see a world where we would build maybe two million wind turbines at two megawatts each over the next decade. That would be enough to back out of coal fired power.”

Similarly, the writers of the Worldwatch Institute’s report believe on a whole that agricultural production is at risk from climate change. On the hopeful side, they argue that farming could mitigate against dangerous climate changes if new management practices are urgently applied that help sequester planet-heating carbon in soil.

“To prevent disastrous climate change, it will help if farmers all over the world are rewarded for building up the carbon content of their soils,” the report said. 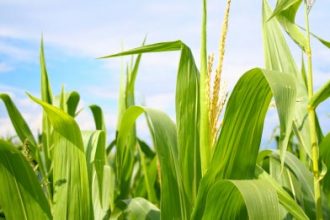 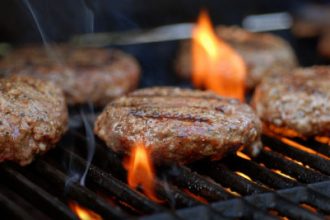 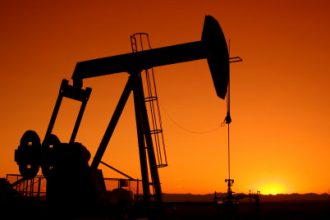