Despite little success so far and growing support nationally for clean energy, a multi-pronged campaign to undercut renewable power mandates in the states is showing no signs of letting up.

Over the past few years, a rising tide of legislation has sought to repeal or weaken renewable portfolio standards (RPS), which require a certain share of a state’s electricity supply to come from sources like solar and wind. Lesser known are the few lawsuits filed to challenge the constitutionality of these laws.

Many of these attempts have fizzled, but some are being revived this year. In total, 42 separate efforts are wending their way through legislatures and courts in more than two dozen states, according to the North Carolina Solar Center, a clearinghouse for state renewable energy policies.

“The danger of some of these [RPS laws] being repealed is a little bit greater this year than it was last year,” said Justin Barnes, a senior policy analyst at the center.

Pro-Republican groups are the main force behind the anti-renewable bills, for a mix of ideological and business reasons. The biggest push is coming from the American Legislative Exchange Council (ALEC), a 40-year-old industry group with free-market views that drafts and pushes legislation and that sees renewable energy mandates as an overreach of government authority.

“The Council does not support government mandates,” said ALEC spokesman Bill Meierling. “We do not believe the government should pick [energy] winners and losers.”

Among ALEC’s members have been some of the country’s most powerful corporations, including ExxonMobil, energy conglomerate Koch Industries and Peabody Energy, the country’s largest coal producer. More than 2,000 state legislators are members, according to the group, with some serving on task forces to help craft model bills.

Other anti-RPS battles are being waged by utilities that are concerned about the economic costs of complying with strict renewables requirements. Still others are fought by energy interests that want laws to include non-renewable, but lower-carbon sources, such as nuclear energy and natural gas.

All these opponents are bumping up against falling clean energy prices and growing concern about climate change.

Public support for developing renewables is on the rise, said Sheril Kirshenbaum, who directs the University of Texas Energy Poll project and conducts polling on energy issues twice a year. “We may be at the tipping point for broader [renewables] adoption,” she said.

Twenty-nine states plus the District of Columbia have mandatory RPS laws, some for more than a decade. Eight states have voluntary targets. California has the most aggressive standard in the country, requiring 33 percent of utilities’ electricity to come from renewables by 2020. In more than 20 states, bills are on the books to expand or strengthen standards.

Here’s a snapshot of major anti-RPS activity in the states:

The lawsuit, filed with with ATP’s sister organization, the American Tradition Institute (ATI), argues that the RPS unconstitutionally discriminates against coal power by regulating commerce outside state borders—which makes it tough for utilities to import electricity from out-of-state coal plants. The case has been bogged-down in procedural filings, but it could be heard by the court as early as this summer.

It’s one of four attempts in recent years to use the U.S. Constitution’s commerce clause to roll back state clean energy laws. A case in Massachusetts was settled in the utility’s favor, and a regulatory filing in California was dismissed. A lawsuit in Minnesota is ongoing.

The Colorado case could set a precedent if it succeeds, according to both advocates and opponents. Among the commerce clause cases, “this is the first that will go directly to the RPS itself … and strike the entire statute,” said David Schnare, who directs the ATI’s environmental law center. “We’re putting wind energy on trial.”

In a dozen states, 15 bills are alive that would repeal RPS targets either fully or partially. A sampling includes:

Members of the Kansas Senate Utility and House Energy and Environment committees recently filed bills to weaken the state’s RPS law by moving the deadline back by two years to 2018. ALEC participants, anti-tax activist Grover Norquist and Jonathan Small, a lobbyist affiliated with Koch Industries, all championed the measures in recent weeks in an attempt to sway legislators. The state Senate rejected the bill, but the similar House Bill 2241 is still in committee.

ALEC-affiliated legislators are pushing a bill, House File 306, to abolish the state’s RPS. At least two of the bill’s four authors, Michael Beard and Steve Drazkowski, have served on ALEC task forces, according to documents obtained by Common Cause, a citizen’s lobbying organization. The House measure and its accompanying Senate bill haven’t budged from committee since February.

On March 13, four Republican state representatives sponsored a bill to kill the state’s mandate. The bill’s leading sponsor, State Rep. Mike Hager, is a former Duke Energy utility engineer with ties to ALEC. With a GOP governor and Republican super majorities in both chambers, House Bill 298 is expected to gain traction this year. The measure is now in committee.

Kris Jordan, a Republican state senator and ALEC task force member, is renewing his efforts to take down Ohio’s mandate after a similar attempt failed last session. Senate Bill 34 would repeal the state’s recently watered-down mandate. The bill has yet to find co-sponsors and is in committee. In February, State Sen. Bill Seitz, also a Republican and ALEC task force member, filed the separate Senate Bill 58 to “review and possibly modify” the RPS law.

Virginia Attorney General Ken Cuccinelli—a climate skeptic who’s running for governor this year—teamed up with Dominion Virginia Power, the state’s largest utility, and Appalachian Power earlier this year power to craft RPS legislation. The Virginia General Assembly has adopted the proposal in a pair of identical bills, Senate Bill 1269 and House Bill 1946. While the bills wouldn’t scrap the state’s voluntary target, they would eliminate financial incentives for utilities that invest in or build renewable projects under the scheme.

Republican State Rep. Marty Gearheart filed a bill in February to repeal the state’s RPS. House Bill 2609 remains in committee. Separately last month, a group of seven Republican and four Democratic legislators sponsored House Bill 2564, which would delay enforcement of the state’s RPS until coal is no longer imported into the United States. That measure is also in committee.

Legislation to Exand RPS to Non-Renewables

Fourteen states are floating 25 bills that would expand their RPS laws to include other sources of energy like natural gas and nuclear energy. Here’s a sampling of these efforts:

Republican State Rep. Bart Korman filed a bill late last year to allow more hydroelectric power to count toward the state’s renewables mandate. Korman is a dues-paying member of ALEC, according to a 2012 report by Progress Missouri, an advocacy group. The Republican-led Missouri House of Representatives passed House Bill 44 in February. A senate committee is now considering the bill.

State Rep. Andre Jacque, a Republican, introduced a measure last month to incorporate nuclear energy in Wisconsin’s RPS law, which the bill would rename the Advanced and Renewable Portfolio Standard. Two of the state’s three operating nuclear power stations are located within Jacque’s district. Assembly Bill 34 awaits action in the House Committee on Energy and Utilities. 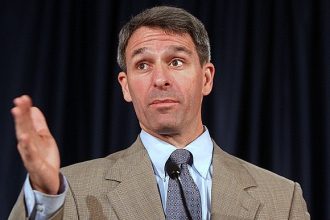 In Obama's Backyard, a Climate Change Battle in 2013