As nations grapple with how they can slash their emissions as part of the Paris climate agreement, some may use international credit schemes that were approved in the treaty process. A new report from the European Commission casts serious doubts about such credits, however, concluding that the vast majority of them likely fail to actually reduce emissions.

The report, which was written last year but not published until this April, concludes that buying and selling emissions credits for overseas projects should be limited to a select list that meet rigorous standards, and used only as part of a transition to more effective policies for mitigating greenhouse gas emissions.

“Given the inherent shortcomings of crediting mechanisms, we recommend focusing climate mitigation efforts on forms of carbon pricing that do not rely extensively on credits,” the report said, adding that credits should play only a limited role after 2020.

The study examined the Clean Development Mechanism, created under the Kyoto Protocol to allow countries to offset emissions by purchasing credits linked to green-energy projects on an international market. The system allows a power plant in Germany, for example, to buy credits for the emissions savings from a wind farm in India.

The problem, the report says, is that the Indian wind farm likely would have been built anyway, even without the credits purchased by the Germans. In emissions-trading lingo, the reduction would be considered not “additional.”

In short, the vast majority of credits are unlikely to actually reduce emissions. And while the report examined the Clean Development Mechanism specifically, it said that many of the problems are inherent to emissions crediting schemes, and that the lessons learned would likely apply elsewhere.

Carbon offset credits were included as part of the Kyoto Protocol, but have fallen out of favor after scandals in Europe and poor performance, Kachi said. Some countries now decline to use them and the European Union plans to prohibit international trading after 2020.

The Paris Agreement left the door open on emissions trading, but it left the details undefined, Kachi said.

“Two years later we’re supposed to have more detailed rules for how these things will work under the Paris Agreement, but there’s been no progress,” he said. “It’s a controversial issue that the world definitely has found no consensus over.” 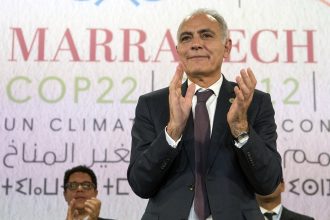