This story was updated with Wednesday’s vote in the U.S. House of Representatives.

Democrats mounted a challenge in the U.S. House of Representatives on Wednesday against what they call a raid by the natural gas and plastics industries on a pot of federal money created to help finance innovations that reduce greenhouse gas emissions.

The fight is over a proposed $1.9 billion government-backed loan guarantee from a program that has primarily been used to back wind power, solar and other types of clean energy. The Energy Department is now considering using that program to support a large-scale underground storage project for ethane, a fossil fuel byproduct used to make plastics.

If the loan guarantee goes through, that government backing could help spur funding for a major new petrochemical and plastics industry in the upper Ohio River Valley, spanning West Virginia, Pennsylvania and Ohio.

Opponents forced a vote on an amendment to a big spending bill this week to try to stop it, and the House approved it.

She co-sponsored the amendment, which expressly bans the use of loan guarantees from the program except for “clean energy projects that avoid, reduce, or sequester air pollutants or human-caused emissions of greenhouse gases.” This kind of amendment is often used to tie an agency’s hands or to bolster eventual challenges in court.

That amendment, bundled with eight others, passed the House on a vote of 233 to 200, largely along party lines. The win for Omar was just one step in a legislative process, however. The Senate has yet to consider the spending bill.

“It’s clear to us that this project is in violation of what the law was intended to fund,” said Mitch Jones, who has been tracking the ethane storage project for Food and Water Watch, an environmental group that helped to coordinate a letter opposing the loan guarantee from nearly 150 organizations.

If the Energy Department loan guarantee is allowed for the project, he said, environmental advocates are worried that a new precedent could be set for other projects “that don’t actually fight greenhouse gases.”

Plans for a Plastics Hub in Appalachia

Political and business leaders in West Virginia, Pennsylvania and Ohio envision a burgeoning petrochemicals and plastics manufacturing hub in their region with thousands of new jobs. It would be fueled by a fracking boom that has produced a glut of natural gas and the liquid byproducts like ethane that are used to make plastic.

In Western Pennsylvania, Shell Polymers is building what could be the first of several plants to convert ethane into plastic pellets that can be used to make many different kinds of plastic products, from soda bottles to bumpers.

But if there is going to be a petrochemical bonanza in Appalachia, then the industry will need to find a way to store vast amounts of natural gas liquids underground, according to the U.S. Department of Energy.

A multi-billion-dollar underground storage plan by the Appalachian Development Group is already in the works. It just needs money, and a lot of it.

So developers of what’s been called the Appalachian Storage Hub turned to the federal government, where the Trump administration is weighing whether to grant them $1.9 billion in Energy Department loan guarantees.

The project’s developers argue that their proposal would qualify even if the amendment passes, because the project would mitigate greenhouse gas emissions by avoiding the need to ship feedstocks for plastic production over long distances.

This can “significantly avoid or reduce anthropogenic emissions of greenhouse gases through conversion of these raw materials closer to their production locations,” said Steven Hedrick, the chief executive officer of Appalachia Development Group, the developer.

Opponents say that begs the question whether storage of fracking byproducts is a “clean energy project.”

A three-state geological study in 2017 described ethane as “the great, untapped resource from the Marcellus and Utica” shale region because of a lack of local storage.

Last month, a coalition of almost 150 grassroots groups including FracTracker Alliance, the FreshWater Accountability Project, and others wrote a letter to House Appropriations Committee Chair Nita Lowey (D-N.Y.), calling into question the legality of the loan guarantee proposal. They noted that the funding is supposed to be for clean energy innovations.

The project’s planners reply that the storage hub includes innovations in the form of advanced leak detection.

The Energy Department media office did not respond to requests for an interview. 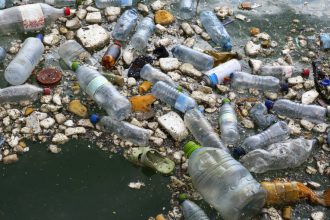 What’s Worrying the Plastics Industry? Your Reaction to All That Waste, for One 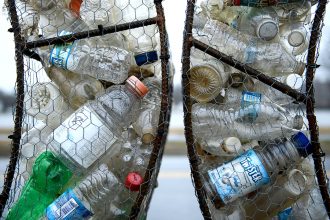