More than 50 pages of leaked campaign strategy documents from PR firm Edelman show the energy company desperate to confront and overcome organized resistance to tar sands development mounted by environmentalists and other activists. Energy East would open a massive artery for the flow of tar sands oil to Canada’s eastern coast and abroad.

This week Greenpeace provided the documents to InsideClimate News and other media. The documents from May to August 2014 identify “new realities” facing companies looking to develop major pipelines in North America. These includes a “permanent, persuasive, nimble and well-funded” opposition that frames all new development projects in the context of climate change, and that is aiming for a world free of fossil-fuel pollution.

Edelman advised TransCanada to build its own grassroots network of pro-pipeline advocates and to set up a team to react rapidly—within 60 minutes—to negative reports, in a war-like response effort. Efforts would involve more than 60 people.

TransCanada confirmed working with Edelman and implementing some of its suggestions, including its recently launched project advocacy website.

“We will not apologize for promoting the value of the industry, responding to legitimate and sensible concerns or for ensuring Canadians have the facts about” Energy East, said TransCanada spokesperson Shawn Howard. “One of the lessons that we have learned on Keystone XL is the importance of holding opponents accountable for the claims they make.”

Environmental activists have so far succeeded in bottling up the landlocked Canadian oil from reaching the Pacific and Gulf coasts. If the East Energy project meets a similar fate, then what?

Below is a guide to the East Energy pipeline.

TransCanada is proposing to convert and extend its existing natural gas pipeline into one that carries oil sands, an extra thick grade of crude. It’s slated to transport 1.1 million barrels of oil sands daily through 2,858 miles of pipe stretching from Alberta to Nova Scotia.

If completed, this pipeline would be the largest in North America. The pipeline’s path would likely cross at least 90 watersheds and 961 waterways, including the St. Lawrence River from Saint-Augustin-de-Desmaures to Lévis in Quebec, according to a report by the Council of Canadians.

The Quebec section of the route would pass through precious agricultural land and a special environmental reserve, according to the leaked Edelman report.

The pipe is expected to cross or come near land belonging to about 50 aboriginal communities, called First Nations.

Besides the pipe, the project will involve constructing several related facilities, including pump stations and tank terminals cross the country.

Why is it so important?

Canada produced 1.9 million barrels of oil sands in 2013, according to the trade group Canadian Association of Petroleum Producers. Industry projects the country’s oil sands production will more than double to 4.8 million barrels by 2030.

For this to happen, Canada’s landlocked tar sands, the largest known such reserves, need to be moved out of Alberta for refining, and to coastal ports for export abroad.

One option is shipment by rail, but it’s expensive. There’s the pipeline option, but so far several pending projects have run into roadblocks.

One plan is to send the oil west. Enbridge, another major Canadian oil company, has proposed the Northern Gateway pipeline to run from Alberta to the coast of British Columbia. First Nations, which have titles to their land, have essentially stopped the project.

Canada’s government approved the project this summer with 209 qualifications and requirements for further talks with First Nations. It’s unclear if the company will be able to meet that long list of conditions.

Then there’s the plan to send the oil south. TransCanada’s Keystone XL pipeline would ship oil sands from Canada down to Gulf Coast refineries. First proposed in 2008 to cut U.S. dependence on Middle East oil, the pipeline requires State Department approval because it cross the border. Due to intense opposition by environmentalist, landowners, tribes and others, the project has stalled for six years. All the while, fracking has redrawn the U.S. energy picture. Awash in domestic oil, many question the need for the Keystone XL, especially since Canada’s crude is reaching the Gulf through other pipelines.

Energy East is the first pipeline proposed to the east. Called Keystone’s “Plan B,” it is one of the last options on the table for getting oil sands out of Canada. The project appears to be vital to TransCanada’s future.

What’s the argument for building it?

TransCanada says the pipeline would be an economic boon for the country, providing thousands of part-time and full-time jobs. It is predicted to bring in $36 billion to Canada by 2040, adding $15 billion to Ontario’s economy alone. The company also says the pipeline would reduce Canada’s reliance of foreign oil and further enable the country to be energy independent.

Why are environmentalists and others so opposed?

Opponents of the pipeline, targeted in the Edelman documents, have a long list of environmental concerns.

Those living on the route are worried about the risk of spills of the sticky crude onto precious agricultural land and ecological reserves, including a protected peat bog in Lanaudière, Quebec. There are also worries about the impact on nearly 100 watersheds. Past spills have shown that oil sands are harder to clean up than other oil, as evident with the spill along the Kalamazoo River in Michigan in 2010 that became the focus of an InsideClimate News Pulitzer Prize-winning investigation The Dilbit Disaster. The spill is still being cleaned up.

Those living in Quebec’s Saint-Bruno-de-Kamouraska, a region with seismic activity, are worried about how the pipeline will hold up under future earthquakes.

At the pipeline’s eastern end, TransCanada is contemplating acquiring the Port of Gros-Cacouna. Nearby is a beluga whale nursery; environmentalists have expressed concern about the impact of building new infrastructure on the whale population.

What does climate change have to do with it?

The East Energy pipeline could generate up to 32 million tons of extra greenhouse gas emissions annually, according to an estimate by the Canadian energy think tank Pembina Institute.

But there’s a larger climate threat posed by developing big oil sands pipeline projects, whether it’s East Energy or Keystone XL. These pipelines are a lifeline to this energy source, and, if built, could serve as a gateway to further development and even greater emissions.

Edelman, based in Chicago, is the world’s largest public relations firm, with more than 5,000 employees. In 2013, it had revenues of approximately $734 million. The company is helping TransCanada with its East Energy pipeline campaign strategy. Edelman did not directly work with TransCanada on its Keystone XL project. However, Edelman has helped the American Petroleum Institute, an industry trade group, roll out an advocacy campaign supporting the Keystone XL. According to the Edelman documents, this API campaign “built a direct connection with more than one million activists, and generated more than 500,000 supportive comments during the KXL process.”

The company worked on campaigns to support climate change denial. After a story by The Guardian earlier this year, the company backtracked and vowed to discontinue anti-climate change efforts.

What did Edelman recommend to TransCanada?

To address the first point, Edelman advised the energy company to steal a play from the opposition’s book and go local. This involves building a massive grassroots advocacy network akin to those used by Americans for Prosperity, a conservative group found by the the billionaire Koch brothers, and by the American Petroleum Institute. To do this, the strategy said, TransCanada must “recruit and engage the largest possible number of Canadians in support of the East Energy project” and “mobilize those supporters to take action on behalf of the project.”

The documents cite a goal for TransCanada in 2014—to sign on 35,000 advocates by the year’s end. According to TransCanada, 2,500 people have joined the campaign launched two weeks ago.

The firm also recommended a course of action for responding rapidly and consistently to opposition. In order to “win,” TransCanada needs to “neutralize risk before it is leveled” as well as “respond directly to issues or attacks as they arise.” To do this, Edelman suggested a 60-minute turnaround between identifying a risk and determining the proper response.

Similarly, Edelman told TransCanada to “amplify” positive coverage by recirculating it and including it in advertising.

Finally, the PR company advised preparing research profiles on opposition groups, including gathering public records. Those at the top of the opponents list included the Council of Canadians, Equiterre, the David Suzuki Foundation, Avaaz and Ecology Ottowa.

“We cannot allow our opponents to have a free pass,” Edelman wrote.

What’s the process for getting Energy East approved?

This fall, TransCanada announced its intention to apply for regulatory approval with the Canadian government to build the East Energy pipeline. There will likely be a public and regulatory review examining the project’s environmental, health and economic impacts; only after then will the exact route of the project be settled.

Permission is needed from every First Nations group whose land will be impacted by the pipeline or related facilities.

TransCanada has targeted a 2018 start date. 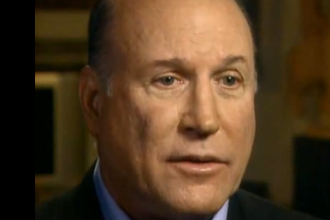 Leak: Oil Lobbyist Gets Taste of Own Medicine 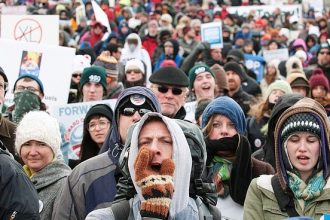