Environmental leaders had been expecting some 200,000 people in Paris for a march on Nov. 29, the day before UN negotiations begin, and thousands more for dozens of other climate demonstrations over the course of the two-week meeting.

“The French authorities say they cannot guarantee safety at the march, and so it will not happen,” Jean François Julliard, executive director of Greenpeace France, in a statement. “This is a source of huge regret, but we must respect the decision.”

Organizers on Wednesday immediately began urging their members and followers to join one of the thousands of local climate events happening worldwide on Nov. 29. They were set to coincide with the large event in Paris.

“The government can prohibit these demonstrations, but our voices will not be silenced,” Nicolas Haeringer, French campaigner for 350.org, said in a statement. “While this makes it difficult to go forward with our original plans, we will still find a way for people in Paris to make the call for climate justice heard, and we encourage everyone around the world to join a Global Climate March and raise their voices louder than ever. There’s never been a greater need.”

Environmental and activist leaders had been meeting with police since the Nov. 13 attacks to negotiate the fate of the demonstrations. According to The Guardian, French authorities offered organizers the option of hosting a stationary rally instead of a march and limiting attendance to 5,000 people. The next day, following a police raid of an apartment building in a Paris suburb that left two people dead and eight arrested, the head of Paris police told environmental and activist leaders that all outside demonstrations would be canceled for the duration of the climate talks.

The core negotiations are scheduled to continue as planned. U.S. officials confirmed over the weekend that President Barack Obama and Secretary of State John Kerry will attend. In total, about 118 world leaders and 20,000 to 40,000 delegates are expected to join the UN meeting. French authorities announced they will strengthen security around the summit, which will take place on the outskirts of Paris.

The decision by French police has left organizers scrambling to beef up the dozens of climate marches scheduled for Nov. 29, several of which will take place in  France. They will also continue with their indoor events, such as the Peoples’ Climate Summit Dec. 5-6 and the Climate Action Zone Dec. 7-11, two separate workshops to discuss climate activism, UN negotiations and global warming solutions.

“We realize the gravity of the situation,” said Juliette Rousseau, coordinator of Coalition Climate 21, a French-based collection of 130 groups helping to organize the climate rallies. “But there is no COP21 without mobilizing civil society.” 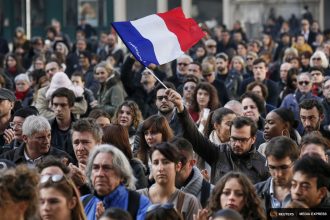