ATLANTA—For much of the world, Japan’s nuclear crisis has heightened concerns about nuclear power. But in the U.S. Southeast, where the next set of reactors are planned, the concerns are not so great.

Even environmental activists — those with deep-seated reservations about nuclear safety who say events in Japan provide an opening to change opinions — do not anticipate a radical shift.

No reactors have been commissioned in the United States since the 1979 Three Mile Island nuclear accident in Pennsylvania in which a reactor suffered a partial meltdown.

The next four are due to come online in Georgia and South Carolina between 2016 and 2019, pending regulatory approval, in a region that is one of the country’s most conservative.

“The industry has done an excellent job of convincing people that serious accidents like this could not happen and the American public has developed amnesia about the real safety concerns,” said Stephen Smith, executive director of the Southern Alliance for Clean Energy.

“There is a lot of really true believers [in nuclear energy] here that are going to resist internalizing and contemplating the full implications of what’s happening in Japan,” he said in an interview.

The complexity and the slowness of the regulatory process also served to mute public concerns, some environmentalists said.

President Barack Obama said nuclear energy remains part of the U.S. energy strategy and that studies show U.S. nuclear power plants, which provide about 20 percent of the nation’s power, are safe. The U.S. nuclear industry has said it is taking steps to protect plants from a catastrophe like the one in Japan.

Nuclear power is a significant part of the energy mix in Georgia, where it represents about 11 percent of total electric capacity, and South Carolina, where it contributes 50 percent, according to the U.S. Energy Information Administration.

“This is an opportunity for those who find anything nuclear problematic,” said Susan Shaer, executive director of Women’s Action for New Directions, a group that seeks to direct federal spending away from the military and toward issues such as education.

She said it was up to government to take a closer look at safety of what she called a “very dangerous commodity.”

Public utilities in the South have responded in different ways to the challenge presented by Japan, where authorities are battling to avert disaster at the Fukushima Daiichi nuclear plant, crippled in an earthquake and tsunami last week.

“We are still committed to moving forward at the same pace,” said Steve Higginbottom, a spokesman for Southern Company, adding that Southern supports a review of its existing nuclear units to incorporate lessons from Japan.

Georgia Power, a subsidiary of the company, hopes for approval from the National Regulatory Commission to build two reactors at its Vogtle plant in Georgia using Westinghouse’s AP1000 design to come online in 2016 and 2017.

SCANA Corp also hopes to use the same design for two reactors at its VC Summer nuclear station northwest of South Carolina’s capital to be running by 2016 and 2019.

“Our intent is to remain on schedule,” SCANA President Kevin Marsh told reporters this week.

Tom Clements, a nuclear expert with Friends of the Earth, South Carolina, described Marsh’s comments as “stunning” and said the companies should put its license applications on hold while they absorb the lessons of Japan.

But there was no guarantee that any rise in public concern because of Japan would result in opposition to the new plants in part because the approval and finance process was complicated, Clements and other activists said.

Eighty percent of respondents in the South to a survey conducted in June 2010 by the Nuclear Energy Institute, an industry body, said it would be acceptable to build a reactor close to an operating nuclear plant.

John Besley, a professor at the University of South Carolina, said the findings were broadly in line with the results of surveys he has commissioned in his state, although he cautioned there was no fresh opinion data post-Japan.

“We are getting further away from the era where nuclear disarmament and the baggage of the nuclear industry were in the news. Climate change … provides an argument for why nuclear might be an option,” Besley said. 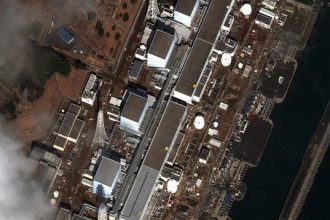 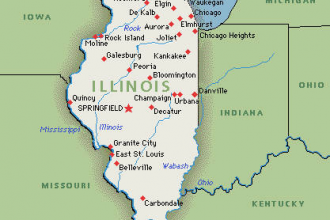