A federal judge’s decision on Wednesday to block a massive oil drilling project in Alaska’s National Petroleum Reserve handed a major victory to Indigenous and environmental advocates who have welcomed a series of reversals of Trump-era rules seeking to open up the state’s vast wilderness areas to timber, oil and mineral interests.

But the latest decision also could deliver a strategic blow to the Biden administration, which supported the controversial project even as it attempts to advance an ambitious agenda that tackles climate change and shifts the country toward a fossil fuel-free future.

The so-called “Willow” project envisioned by ConocoPhillips would extract nearly 600 million barrels of oil over the next three decades. After the Trump administration approved the project last fall, environmental groups sued to stop it, saying the administration failed to factor in the impacts it would have on wildlife and the climate.

On Wednesday, Judge Sharon L. Gleason of the United States District Court for Alaska, agreed, writing that the administration’s approval of the project was “arbitrary and capricious” because it failed to account for the full scope of greenhouse gas emissions or for dangers to wildlife, including polar bears.

“This is a big win and a great decision for our client and for the climate,” said Jeremey Lieb, a lawyer with Earthjustice, which represented several groups in the case. “The court’s decision vacated what was a totally inadequate analysis by the Trump administration and puts a stop to a project that’s incompatible with the action necessary to address the climate crisis.”

Lieb pointed out that the project would unleash 500 million metric tons of carbon dioxide if allowed to go forward.

The Biden administration has been on a steady roll, attempting to undo much of the Trump administration’s efforts to unravel protections for Alaskan wilderness areas and the indigenous people who rely on them.

In July, the Biden administration said it would end sales of large-scale, old-growth timber in the state’s Tongass National Forest, a nearly 17-million acre swath of temperate rainforest and the country’s largest forest.  The administration also said it would reverse a Trump administration decision to exempt the Tongass from protections against logging and road construction.

In June, the Biden administration said it would suspend oil and gas leasing in the state’s Arctic National Wildlife Refuge, protecting the vast wilderness from energy development that the Trump administration pursued there.

“There’s been a sea change in the last eight months,” said Andy Moderow, a director with the Alaska Wilderness League. “We’ve seen so many of Trump’s misguided or illegal attempts to hand over Alaska’s public lands for resource extraction reversed.”

“There was widespread speculation that President Biden went along with the Willow project in order to gain favor with Senator Murkowski,” said Michael Gerrard, founder and faculty director of the Sabin Center for Climate Change Law at Columbia University.

Lisa Murkowski, Alaska’s senior Republican Senator, was one of the Willow project’s primary supporters. Her office did not respond to a request for comment Thursday.

Gerrard noted that the Democrats have an “excruciatingly slim” majority in the Senate that relies on centrist Republicans, including Murkowski, to pass any part of Biden’s climate-focused agenda. Murkowski was a key factor in the Senate’s passage of the recent infrastructure bill.

“The project is now thrown into uncertainty,” Gerrard added. “We don’t know whether ConocoPhillips will appeal and I can’t even speculate what this would mean for relations between Biden and Murkowski.”

The administration may get a critical boost on a related climate front, however, because Wednesday’s decision, “adds to a series of decisions over the years, striking down the approval of projects where there was not enough attention paid to the climate implications,” Gerrard said.

In her decision, Gleason agreed with the plaintiffs, saying that the Trump administration failed to account for the climate impacts of burning oil abroad in approving the Willow project.

“This decision strengthens the Biden administration’s hand on the social cost of carbon,” Gerrard said, referring to the concept of measuring the economic impacts of carbon dioxide.

“One of the major issues about the social cost of carbon is whether to consider impacts outside the U.S.,” Gerrard said. “This decision tends to support that, which is the direction I’m sure the Biden administration will want to go.”

Adding in the effects of fossil fuels produced in the U.S. but burned overseas could substantially increase the social cost of carbon, which Biden signed an executive order to review on his first day in office. And it would be yet another reversal of the Trump administration, which had resisted including those considerations in the calculation. 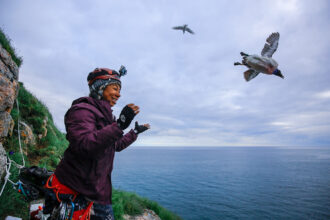 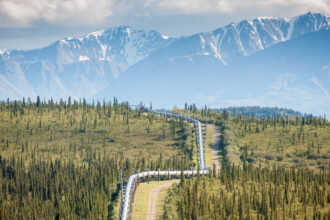 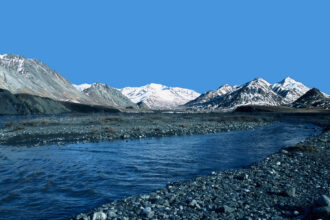