A flotilla of water birds bobbed on West Pond as hundreds of tree swallows swooped overhead, their blue iridescent backs glinting in the sun. Manhattan’s skyline loomed in the distance.

The pond, part of Jamaica Bay, a National Park Service wildlife refuge next to Kennedy Airport between southwest Queens and Rockaway Beach, is one of the few freshwater stops for migrating birds in the urban New York City region. In 2012, it was breached by Superstorm Sandy’s tumultuous waves and 115 mile per hour winds, becoming a tidal lagoon.

Now, a “living shoreline” restoration project devised by the Jamaica Bay-Rockaway Parks Conservancy is showing early signs that new marsh grasses, protected by degradable jetties, could become a prototype for other coastal resiliency projects looking to protect habitats and coastlines from the increased storms and rising sea levels of climate change.

“There are vanishingly few spaces for birds to enjoy fresh water sources in New York City,” said Scott Middleton, the conservancy’s partnership planner.  “So it’s critically important to protect West Pond as one of the last remaining sources of freshwater for native birds and for migratory birds.”

Superstorm Sandy walloped Jamaica Bay, pushing through low lying marshlands and overtopping sandy dunes. Park rangers and local birders were dismayed when they surveyed the damage in the Jamaica Bay Wildlife Refuge. The storm had sliced through a popular nature path around a berm encircling West Pond, sullying it with salty bay water.

The conservancy’s “living shoreline” approach is an experimental strategy developed in partnership with the National Park Service and designed by Dirtworks Landscape Architecture PC, working with Rippled Waters Engineering and Great Ecology, an environmental consulting firm. The approach was conceived to slow erosion and mend the breach with thousands of marsh grass plugs, instead of a seawall or other hard structure. The grasses’ roots, protected by the degradable jetties and breakwaters made of recycled Christmas trees, coconut husks and oyster shells, would help secure new sand fill. But there was no guarantee that the grass would take or that the materials wouldn’t be washed away in a winter storm.

“Nothing is ever permanent in coastal geology,” said Middleton. “One would fool oneself to think otherwise.”

Middleton said the project is a reaction to climate change, which is making storms more frequent and more severe, and the grasses and structures are designed to protect the berm from damaging wave action.

The spring of 2022 was an important benchmark for the $4 million endeavor, the first growing season for the new marsh grasses. Along the pond’s 2,400-foot shoreline, tall wooden stakes poked out of the sand with strings connecting them to create quadrants, and orange plastic tags flapped in the breeze to deter geese from gobbling up the newly planted grasses. The project is funded by both private donations and city, state and federal funds.

Without containment, the pond slipped into a brackish state after Sandy. Freshwater tree species along the pond’s banks started to die. Today, their ghostly remains stand bare and white.

In 2017, the National Park Service filled in the breach to try to bring back the pond, but the shoreline still experienced significant erosion. The “living shoreline” project began taking shape in 2019, with construction beginning in May 2021 and ending in November.

A total of 44,000 cubic yards of sand were added to fill the West Pond breach and create nine acres of new marsh habitat. Volunteers and contractors planted more than 200,000 native grass species on the new shoreline. The different grasses were planted according to their elevation along the shoreline and each plant’s water tolerance.

From saltmarsh cordgrass in the low marsh, to little bluestem and goldenrod in the upper high marsh, so far, over 93 percent of the grasses survived the winter, said Middleton. Some 13,000 more plants will be added this summer to make up for what was lost to winter ice. In three years time, the goal is to have 80 percent survival of the original vegetation.

The results to date provide early evidence that once the grasses take root, the living shoreline could be as successful as other marsh restoration projects in Jamaica Bay that have already shown they can provide important ecosystem services like storm surge protection, nutrient removal, carbon storage and wildlife habitat, said Mary Alldred, an assistant professor of environmental science at the State University of New York, Plattsburgh. Alldred studies coastal management and marsh restoration in Jamaica Bay and is not currently involved in the living shoreline site.

The jetties of coconut husks (called coir logs), old Christmas trees, and oyster shells—Middleton calls them “breakwater burritos”—will degrade into the bay. While West Pond is an engineered shoreline, Alldred said, it also contains components you’d see in a natural marsh, like a variety of plants along the tidal zones.

Jamaica Bay Wildlife Refuge is made up of 12,600 acres of freshwater ponds, saltmarshes, fields, forests and open bay water. Down the center of the bay runs a tract of land and Cross Bay Boulevard, which carries traffic and the A train to Rockaway Beach from southwest Queens. The refuge was created in the 1950s by then famed New York City Department of Parks and Recreation Commissioner, Robert Moses. Moses is also known for his design of Washington Square Park and many other  infrastructure projects in the city. The National Park Service took control of the refuge in 1972, when the coastline from New Jersey to Queens was designated as the Gateway National Recreation Area.

The West Pond living shoreline is not the first marsh restoration project in the bay. The U.S. Army Corps of Engineers began marsh restoration projects in 2003. This was in response to an estimated loss of 220 acres of salt marsh at a rate of 47 acres per year from 1994 to 1999. More recently, groups like the American Littoral Society and Jamaica Bay Guardian have partnered with the Army Corps of Engineers to restore historical marshlands.

Using aerial photos from the 1950s to present, the Army Corps can track marsh shrinkage over time to determine what areas should be replenished.

Alldred said two factors over the last century have been big contributors to Jamaica Bay’s marshland loss. First, the downstream flow of sediment from land has been interrupted by development. The creeks that feed into the bay have been hardened by seawalls or routed underground through the stormwater system. Most of the water that now enters the bay is from sewage outflows, but the water has been treated to remove all solids, including sediment. Second, Alldred said, Jamaica Bay has been dredged to accommodate ship channels and fill in parts of the coastline. The bay is now deeper than it would be naturally, so there is more storm surge—a shallower bay would absorb more energy from incoming storms. “This damages the ability of the marsh to grow vertically and keep pace with climate change,” said Alldred.

Don Riepe, the Jamaica Bay program director for the littoral society, has worked for the last six years with the Army Corps to restore the Black Wall marsh, a 20-acre marsh just southwest of West Pond. It provides habitat for marine life and shorebirds and protects communities from wave action. But one project isn’t enough, in Riepe’s eyes: “We need substantial marshes, really, to have major storm protection here,” he said.

Riepe, who has managed habitat and overseen Jamaica Bay community outreach and marsh restoration projects for over 30 years, said that the Rulers Bar Marsh, another restoration site that was finished two years ago, is now looking good.

He can see the marsh grasses about a quarter mile offshore from his house in Broad Channel, a small fishing community south of the refuge.

Restoring the marshlands, for him, is a win-win for the ospreys, horseshoe crabs and New Yorkers who call Jamaica Bay home. 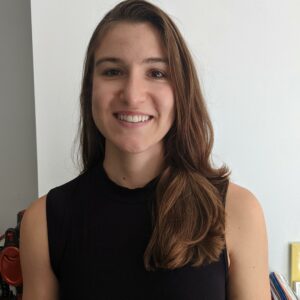